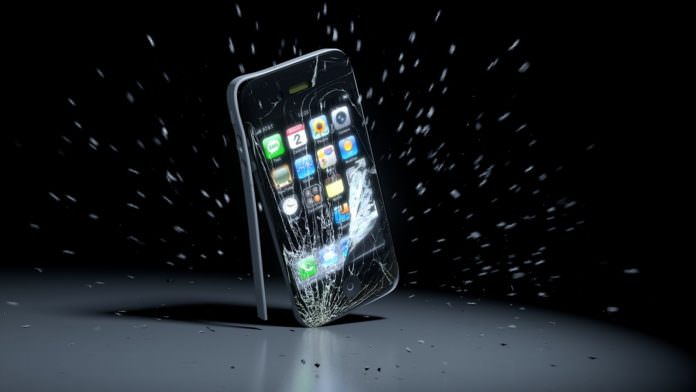 A new report published today shows that British people are wasting over £500 Million buying new Mobile phones instead of repairing them.

This news comes by way of iSmash, the UK’s leading tech repair specialist. It shows a trend in British people to buy a new phone instead of repairing their old one.

According to the BBC, 80% of UK adults have a smartphone, with a high percentage of peoples old phones not being recycled correctly. Around 5.05 million Brits have broken their phone and bought a new one instead of repairing. The lack of recycling has a disastrous effect on the environment, according to Greenpeace.

“The research uncovered that 35 percent of Brits have broken or smashed their phone more than once, with 39 percent confessing they ended up buying a new phone and 44 percent not taking the damaged device to be repaired.”

Convenience seems to be a large factor in buying a new phone instead of repairing. 48% percent of people bought a new phone because it was more convenient than repairing it. 42 percent said they believed the cost of repair to be too high, 23 percent said they wanted a newer phone and 17 percent said they believed repairing their phone was going to take too long. It’s hardly surprising given that people these days cant go 5 minutes without looking at their phone, so giving it in to be repaired isn’t really an option. Currently a mobile phone has a lifespan of about 29 months.

And what are people doing with their phones that causes them to break? Selfies of course. In the 25-34 age bracket, 18% of people break their phones while taking a selfie. In the 18-24 bracket, most people’s Mobile phones break by falling out of their pocket with 60% breaking it in the toilet.

Julian Shovlin, founder and managing director at iSmash, said: “With mobile devices an integral part of our daily life, many people who break their phones panic and purchase a new device entirely, not realising that repairing is more cost-effective and quicker. With an average repair time of just 30 minutes, anyone can drop into their local iSmash store and get back up and running in no time at all. There’s no need to waste money on a new device when replacing the parts in your old phone could save you hundreds of pounds and benefit the environment too.”

The folks over at iSmash have developed a great tool if you’re curious about how much each component in your Mobile phone will cost to repair: https://www.ismash.com/blogs/replace-or-repair/to-replace-or-to-repair.

We have reviewed a fair few Mobile Phones so feel free to look at our reviews of the Nokia 7 plus, Samsung Galxy S9+, Honor View 10 and the Sony Xperia XA2.

And don’t forget to recycle your old phone!