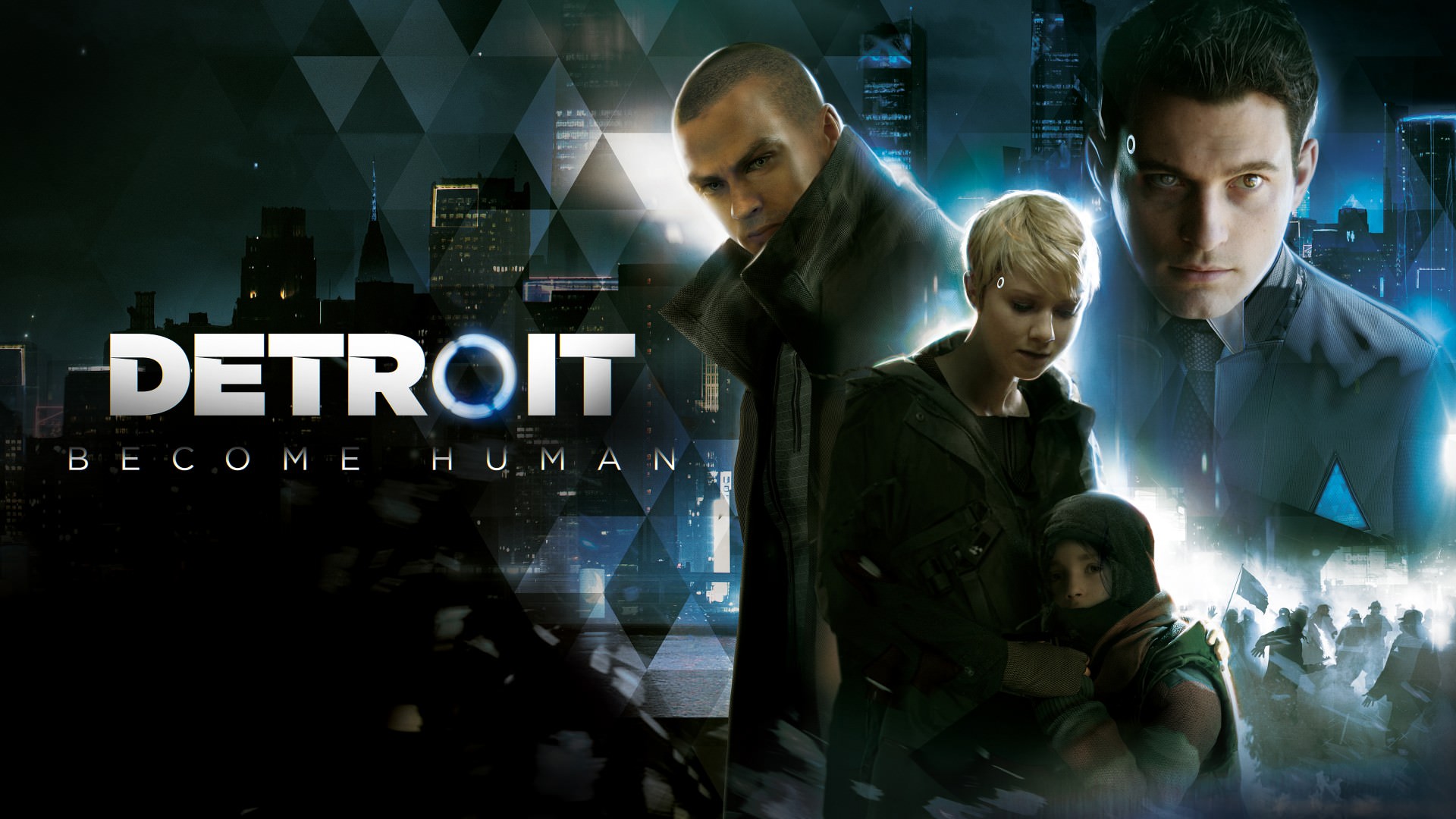 Detroit: Become Human, like Heavy Rain, is an interactive game in which you control the characters and make choices that influence the story. You step into a future where android servants are a part of everyday life. The Androids do the shopping, cooking, clean the house and even serve as ‘pleasure dolls’. This new efficient form of automation has led to the loss of many jobs and the divide between the wealthy and the poor is getting bigger.

Detroit: Become Human is reminiscent of the cyberpunk era where people dreamt of a future where Androids would become an integral part of society. Right now we have robots that mow our lawn, vacuum our floors and a range of ‘smart devices’ like Amazon Alexa that can assist us with anything from shopping online or ordering a pizza. Phillip K. Dick brought this idea to life with his book Do Androids Dream of Electric Sheep which formed the basis for the cult film Blade Runner from 1982. Thankfully, Detroit isn’t full of cinematic clichés that were common in this theme. 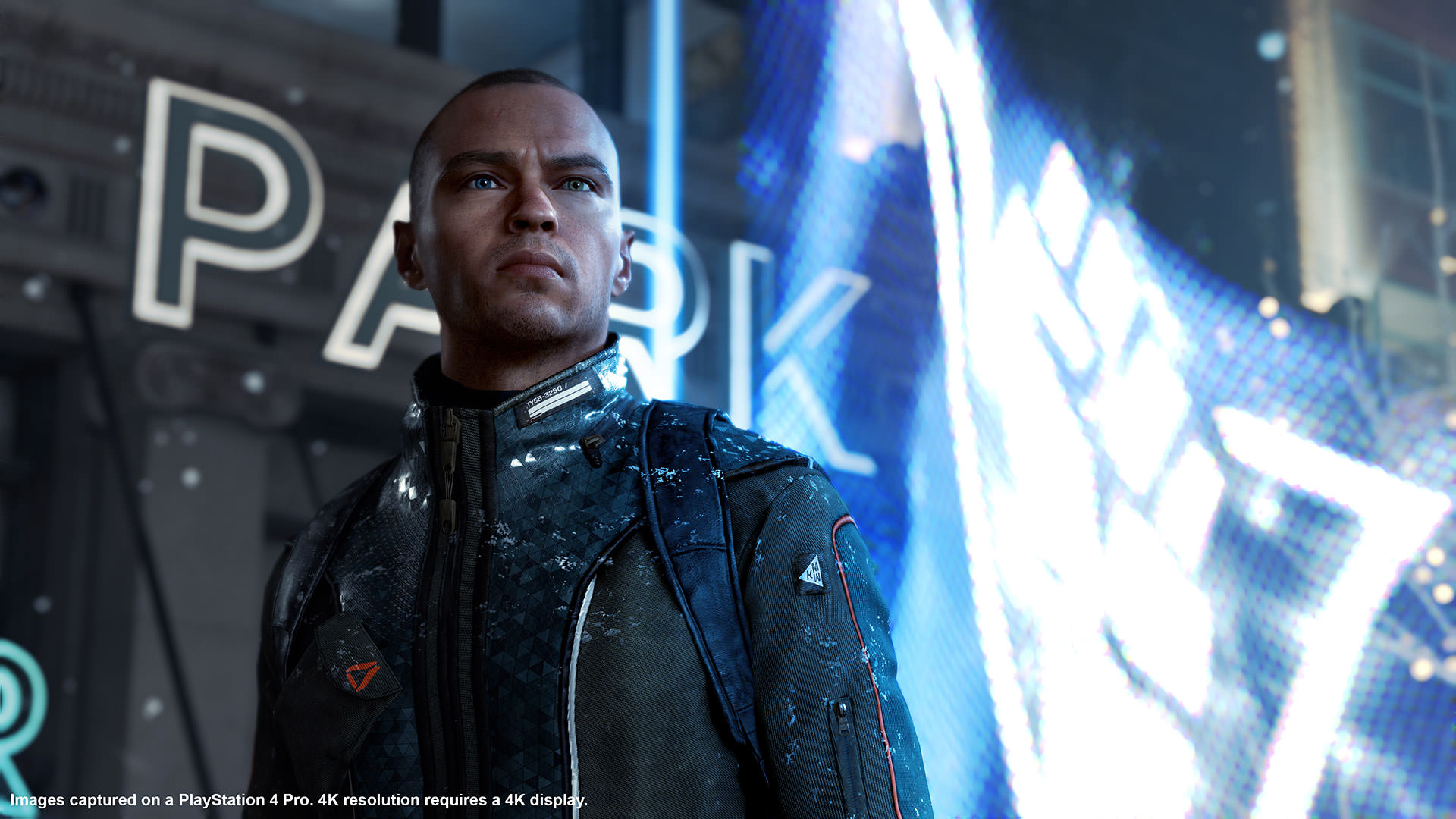 The Best Things Come in Threes

The game revolves around three main characters. All three have very different backgrounds. The first is Connor, an Android in the service of the police and sent by CyberLife (the company that produces Androids). His role is to identify defective Androids from CyberLife that show irrational behaviour. In other words, Androids who have developed emotion and free will. Markus, on the other hand, is an Android that stands up for the freedom of this ‘deviant’ Androids.

Fans of Greys Anatomy will recognise the familiar face as that of Dr Jackson Avery portrayed by Jesse Williams. Kara is one of these ‘deviant’ Androids and follows her own story between the two other Androids. Kara was shown in the very first teaser for the game. She becomes a housekeeper to an abusive father and his daughter. As the story goes on their lives become entwined as one.

Detroit: Become Human does not just deal with a fictional future full of androids, but uses current topics from the real world. Inequality and discrimination are, for example, the order of the day and this game is very good at integrating these aspects into the story.

The game controls are very simple. The walking animation is smooth but can be slow in some cases. You can interact with different objects and most of this is done with the help of the face and the shoulder buttons. In some cases, controller movement is required and the motion sensor in the controller is quite accurate. If making exaggerated crazy movements isn’t your cup of tea you can opt for the ‘casual’ controls which are a simpler layout.

The buttons work well together with the controller movement for the various actions. In addition to walking around, picking up objects and viewing items, you can also investigate environments. As an Android, you can scan the environment in search of hints and discoverable places and corners. You can also reconstruct scenes and view a hologram and inspect specific moments. This is very useful and also fits very well with the Android theme.

In addition, Detroit: Become Human also contains some exciting moments that demand the player to remain alert. Sometimes you have to make quick choices that directly affect your character. These can have a timer so if you miss them it can impact the rest of the storyline in different and sometimes unpleasant ways including death to other characters. This also greatly adds to the replay value, because of the vast amount of choices there is also a new path to choose during a new playthrough.

Everything Has Been Thought Of

Detroit: Become Human presents you a succession of situations and choices that can be quite overwhelming. It’s can often happen that you make a choice that you immediately regret (similar to that one night out with workmates [Gaming Editor: I regret nothing]). Here Quantic Dream has come up with a nice solution in the form of a ‘Flowchart’. This is a kind of recap that shows all the decisions you make in the game. After each checkpoint, you get the option to replay from certain points and make other choices. The Flowchart also keeps track of which choices you have missed and that without spoiling the outcome, so that the different outcomes can surprise you. A very good addition in our opinion; it saves a lot of annoyance and time to experience the other outcomes that you missed. However, there is even more thought that that. The button prompts, the menu and the extras in the menu, which we will not reveal, of course, shows that everything was thought and it is well taken care of. The story is absolutely the highlight here because it has been planned out so well. The characters are interesting from the beginning to the end and the possible extra twist to everything with the many choices you have per scene makes it even more intriguing.

There are so many choices and you need around 10 hours for the first playthrough. Do you really want to experience everything the game has to offer? Then this number can easily be tripled. Investigate everything, hear every conversation, follow the story with or without certain scenes and so on. Although the game has a linear structure, you can get a lot out of it.

The characters are very well designed. The world is realistic and is graphically amazing quality. The reflections on wet streets look amazing and the many characters are of a very high level. It sounds a bit exaggerated, but take it from us that it can look really lifelike. A lot of attention has been paid to the quality and details. Besides all the details and the convincing characters, there is another element that takes the game to a fairly high level and that is the soundtrack.

A Holistic Approach to Interactive Storytelling

It is perhaps one of the most impressive elements in the game. How the music manages to accompany the many scenes is almost perfect. The emotions are supported by a beautiful violin and cello sound, the violent action scenes with bombastic, yet melodic tones and so there is an audio play for every situation. Everything is right. Every piece of music in Detroit: Become Human is a perfect extension of what happens in the scene. We have rarely been able to experience this in such an excellent way in a game but Quantic Dream has really paid attention to the presentation. You will be hard pressed to find much better than this.

Detroit: Become Human is a wonderful and amazing game. It’s evident that it contains the Quantic Dream DNA. This time around however they have really pulled out all the stops with choices, there is a LOT of them. Thanks to the new method of motion-capturing the graphics are surreal and immersive. The dialogue fits perfectly with the facial animations and it all binds together to create an amazing and brilliant experience. I can safely this game will be one of the biggest contenders for the Game of the Year.