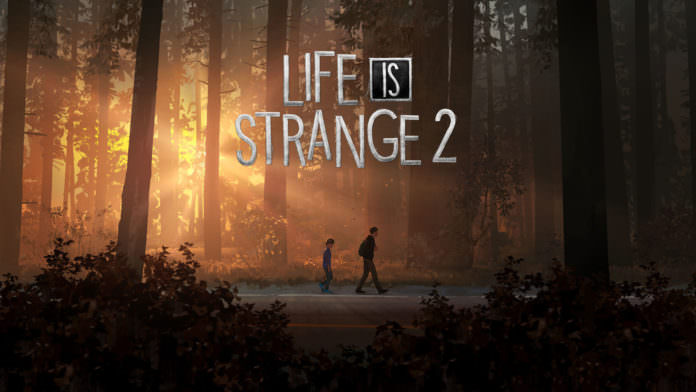 Way back in 2015, Square Enix gave us Life is Strange, an episodic journey through the life of Max Caufield as she came to terms with her sudden ability to rewind time. The game was a combination of humour and harsh reality which quickly created a unique fandom around itself. This was followed by the spinoff prequel Life is Strange: Before the Storm (Developed by Deck Nine and not Dontnod Entertainment) and finally, the sequel Life is Strange 2.

While Life is Strange 2 makes many references to the events in the first title, it tells a completely new story. We meet the brothers Sean and Daniel Diaz, who live in the suburbs of Seattle with their father Esteban Diaz. Roads, the first episode of the multi-part game, starts by giving you, as a player, a look inside the Diaz household. This is done in the first moments as Sean searches his house for supplies to bring to a party he’s going to.

During your search, you have the possibility to interact with all kinds of objects (and of course people) in the house. This kind of interaction played an important role in the previous Life Strange games and its good to see that it has not changed. Through these interactions, you notice how many details are put into the game.

You get to learn a lot about the life of the Diaz brothers as you search through the house. For example, while inspecting a set of DVDs, sean states that there are only three people in the household, implying that there is no motherly presence. All these details give the player a stronger bond with the characters, which is of course very desirable in a storytelling game like Life is Strange.

If we have learned anything from the previous Life is Strange games, its that the developers will always look for ways to impact the player emotionally. While Sean is preparing for the party that will take place later that evening, his younger brother Daniel gets himself into some trouble. I won’t spoil the details of what happens next but the subsequent shocking events cause the brothers to flee together. And this moment is actually where Life Strange 2 ‘really’ begins.

The next part of the episode follows the two brothers on their ‘road trip’, while they make their way on foot through the vast nature reserves of the state of Washington. Their plan is to head south until they reach Puerto Lobos in Mexico, a small town where their father grew up. Through the dialogue, you learn that their father owns a plot of land there and the two brothers plan to travel there and set up a safe haven for themselves.

The two brothers have several challenges to overcome on their journey. They have to find places to spend the night and they also need money and food to continue their journey. During the first episode, there are many encounters that impact the rest of the story. The choices the player makes heavily affects the gameplay and how other characters react to them. This is one of many examples of how interaction with other people and objects play a major role.

The gameplay in the first Life is Strange was quite unique because of the special ability of protagonist Max, who could rewind time as desired. For the most part, this meant you could go back and remake your choices for a different outcome. There were moments where this wasn’t possible and you had to be quick on your feet, however.

In Life Strange 2, such abilities are not (yet) available to the player making the gameplay feel more like that of the Before The Storm prequel that appeared late last year. If we can believe the teaser for episode two, It appears that this is going to change quite soon. What kind of abilities these are and what role they will play in the story is not yet clear at this moment.

One of the things that make the Life Strange games so cool is the freedom of choice that you have as a player. Just like the previous games in the series, in the first episode of Life is Strange 2 you will be presented with all sorts of different choices, from small choices with (at first glance) little far-reaching consequences to important choices that can have major consequences and affect the entire storyline. In this way, the game is completely in line with your way of playing, and in addition, other characters will also be influenced by your choices.

This, of course, applies to every character in the game, but here we want to pay attention to the bond between the two brothers and the influence that Sean has as a big brother to Daniel. When Sean chooses to steal something, whatever the reason may be, Daniel will pick this up and then assume that stealing is acceptable; an idea that can probably have far-reaching and undesirable consequences. At the end of our playthrough, for example, we found out that Daniel had secretly stolen something, because of a choice we made earlier in the episode.

The dialogue options you choose also have a lot of influence on Daniel, for example on his state of mind. For example, you have the option to joke about werewolves in the forest, which might not seem like a major thing. It turns out that Daniel gets nightmares at night (he is 9). This may not have been your intention at all while choosing that dialogue option. The result is that the game is heavily affected by a seemingly innocent choice. It is therefore very important to think carefully about the example that you set as a big brother, and this illustrates exactly how your freedom of choice is once again engineered so well in Life is Strange 2.

Life is Strange was well known for highlighting certain social issues, and Life is Strange 2 doesn’t shy away from this legacy. Where previous Life is Strange games offered a stage to young women on topics such as sexuality and boundaries, Life is strange 2 highlights issues such as discrimination, police violence and racism towards the Diaz brothers. Many of the remarks and reactions towards the two brothers are totally unfounded and unjust, something that you don’t always encounter while playing games.

For example, certain characters do not want to help you, simply because of the ethnicity of the two brothers. Or worse, some characters even show (extremely) aggressive and inappropriate behaviour towards the Diaz brothers. Developer Dontnod succeeds once again in putting these issues on the map in a way that feels totally unforced, but actually very realistic, and that is a good thing.

One of the things I liked most about this game is that even though I was playing with an entirely new set of characters I immediately knew I was playing a Life is Strange game again. The unique art style that is used, in combination with the excellent soundtrack, ensure that this part has the same delicious Life is Strange feel that was also present in the previous game.

The only flaw in the audiovisual field is a lack of emotions in facial expressions. In a game like Life is Strange, where emotions play a big role, it is important to make them appear convincingly. Unfortunately, in Roads, it often happens that the voice of a character is elevated, while his or her face remains neutral. This creates a conflict between what you see and what you hear. This is disappointing as how you, as a player, perceive emotional in-game situations affects the overall immersion. The fact that the characters facial expression doesn’t always match their speech broke that immersive bond.

Life is Strange 2 may tell its own story, but the game is not completely separate from the original. The story does indeed take place in the same world, only it follows completely different characters. A nice example is the nod to the first game that is in Roads. Prior to playing the episode, players are asked if they have played Life is Strange. If so, you will be presented with the next question, which refers to the end of the previous game.

At one point, the Diaz brothers pass by a lookout post, where you can look out for a spot on the coast. Of course, this is Arcadia Bay, the place where the story of Chloe and Max from Life is Strange took place. At this moment we do not know yet if Arcadia Bay will play a role in the story, but at least it made for a nice nod to the previous game.

All in all, Roads is a good entry into the story of Life is Strange 2. The episode is an emotional rollercoaster as we have come to expect from the game series, and seems to contain all the ingredients that made the previous games so good. The familiar art style and beautiful soundtrack also ensure that that fine Life is Strange tone comes across very well, and the dynamic between the two brothers makes for an interesting experience.

My issues with the game are mainly to do with the facial expressions of characters (or lack thereof), which never really seem convincing. Furthermore, the first episode still feels a bit on the short side compared to the previous games, although in Life is Strange, it was possible to rewind time and thereby add a lot of extra playing time. Abilities in the next episode will probably play a bigger role, however, it remains to be seen how this will affect the gameplay.

Review code provided by the publisher