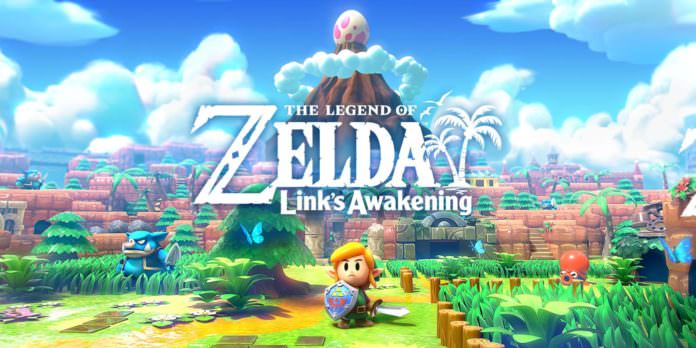 The period of bad remakes is, for the most part, behind us. Games like Resident Evil 2 and Pokémon Pikachu Let’s Go make us long for the time when games were “better”. Of course they were not, but nostalgia can have a strong influence on our way of judging. The Legend of Zelda: Link’s Awakening was already well received when it originally released in 1993. It was a great achievement for Nintendo to bring the familiar Zelda formula on the Game Boy and Game Boy Color.

The Legend of Link?

Forget about Hyrule and Zelda, Link’s Awakening begins when Link is shipwrecked and stranded on a mysterious island called Koholint where you are discovered by a girl named Marin. You meet a strange owl who tells you Link must collect eight instruments from various dungeons and wake up the so-called Wind Fish who is apparently trapped in a sort of Yoshi egg on top of a mountain.

Although few changes have been made compared to the original, you can now build your own dungeons. While the feature, Chamber Dungeons, was added for a bit of fun, Nintendo suffers from it’s own success. The dungeons in Link’s Awakening are so well put together that you will never achieve the same quality. Furthermore, because half the fun comes from figuring out where to go, you will have spoiled it for yourself by knowing the layout beforehand. It would have been ideal if you could share your dungeon online for other people to play and that way there would still be an air of mystery to solving the challenges.

Despite a few technical issues you will enjoy this strange Zelda game from start to finish. Dungeons and opponents are still fantastic and it is really cool to see all the new improvements and changes in the game. It’s nice to see Link battle it out against iconic Mario enemies like Goombas or Piranha Plants. Graphically, the update is very successful, which you will enjoy from beginning to end, both in combat and with simple tasks such as jumping over gaps or shoving stones aside. Aside from the occasional frame drop, The Legend of Zelda: Link’s Awakening is a perfect mix of nostalgia and gameplay that has passed the test of time extremely well.