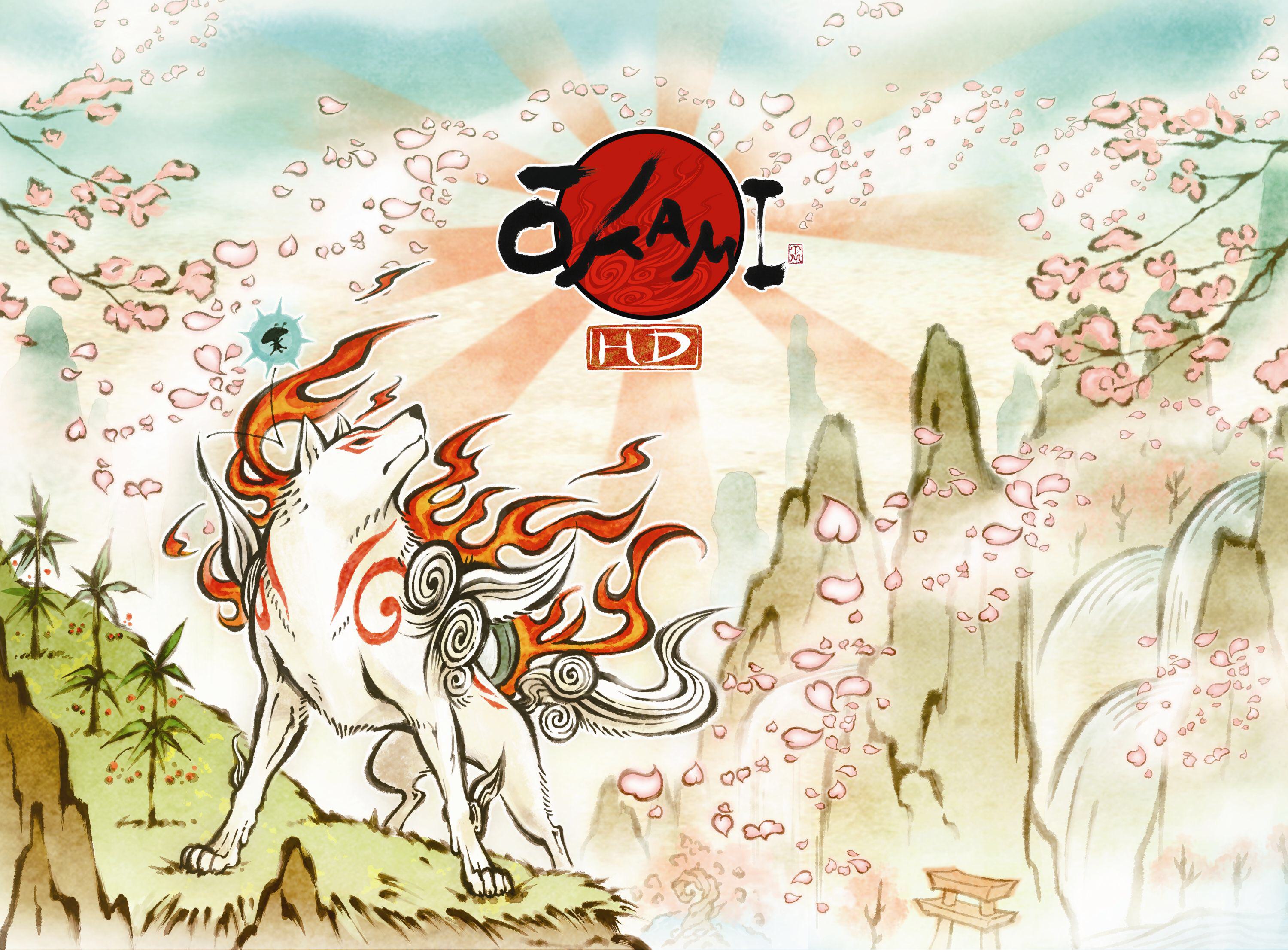 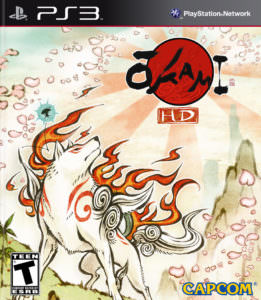 [SPOILERS ON THE ENDING AHEAD]
“When one tries to master something, it ends in either success or failure. But it is in the attempt itself where you find the true value.”

Okami is likely the most beautiful game I’ve ever played and the ending never fails to make me shed a tear or two. Not only is it a timeless piece of visual gorgeousness due to it’s unique graphical style, nor is it simply Zelda with a more kinetic combat and movement system; it’s greater than the sum of it’s parts. Okami’s message is something that emerges from the simple act of playing it and having fun. And it’s something I think should set a standard for a lot of games.

Playing as the sun goddess Amaterasu in the guise of a wolf with her sidekick Issun in tow, you sorta forget that you’re a sun goddess as it goes on, and all the whacky adventures and mini-quests you get into become relatively mundane the more hours you pump into it. Feeling less like one huge adventure and more like three smaller ones with 3 distinct “final bosses” and one true final boss at the very end, you’ll easily clock 50 hours by the end.

But unlike other long games like, say, Grand Theft Auto or Skyrim or even one of the Assassin’s Creeds were extended playthroughs are incentivized mostly by collect-a-thons that unlock something that’s useless by the time you have it, Okami instead creates a unique, interesting and vibrant world that’s simply satisfying to explore. Yes, there are Stray Beads, clovers, buried treasure and hungry animals to find, but most are put in locations were you’ll naturally stumble over them during main story and sidequest motivated travels. The detours in Okami are shorter, and not far from the beaten track.

Drinking in the environments, the music and the little details in NPC animation is the award in itself. There’s a great amount of character pouring from each and every enemy and NPC despite none of them having a facial expression between them. That unique visual style that’s somewhere between sumi-e illustration and a simplified cartoon are the obvious reason for it, but every element of the game works harmoniously to create something that invokes traditional Japanese art and folklore, but with a more modern, stylish spin.

My only criticism is that it prompts fast and relentless combat via it’s ranking system. In an otherwise easy going game, this is a real shame as it means you’ll likely never see what each enemy is capable of. Towards the end, you’ll be slowing down time, launching your most powerful attacks and using overpowered weapons all at once just so you can get the highest time bonus possible. If that ranking system focused more on counter-attacking and less on speed, I think it would have gelled well with the slower, lighter pace of the rest of the game.

Nothing is perfect though, and in reality, refinement and skill comes second to a heartfelt attempt. And Okami is FULL of heart.

Okami tells a cyclical story found in all folkore around the world; the good guys beat the bad guys, the sun rises and chases away the darkness, and people’s faith and belief in themselves wins the favours of the gods. This is why Okami feels like 3 games rolled into one. Each region and segment of the story represents a distinct area of Japanese culture; Shinto folk belief, grand Buddhist faith and later Ainu lore, were the final boss of each area comes from a much more base, archetypical source of darkness and evil which you face down in the end. There’s a timelessness to it all (in fact, time travel becomes a plot device later on, showing how history repeats itself) so even while the style of Okami is distinctly modern and cartoonish with a sense of goofy humour throughout, the base stories that make up each segment aren’t exactly groundbreaking. It’s an easy-to-follow excuse to go on an adventure.

Like I said, it’s easy to forget that you’re a god as you play, and you will most likely not think what that means until the ending.

In her most dire moment, separated from her partner in crime Issun, Okami Amaterasu’s powers are robbed, she’s beaten down and shadow seems like it’s about to take over. It’s just too much. But then, in the darkest hour, people start to pray for you. Issun has been running about, frantically telling everybody that the seemingly ordinary wolf that had been helping them out with all their little side-adventures and passions, was actually a god looking over them, causing miracles to happen. So people pray, inspired by this god’s selflessness and charity, and the energy of it all adds up piece by piece until Amaterasu becomes much more powerful than any darkness could even hope to snuff out.

In that moment, after realising what I had done, and what it means to be a god, I always have to hold back my tears. Each time I play that game it hits like a hammer. It is impossible to play Okami for anything other than the sheer fun and joy of playing it. Each silly side-story and character you meet along the way initially feels like little more than an excuse for a bit of adventure, and most of these characters might only appear for brief sections of the game, seemingly just there to say “please rescue my daughter, she’s in this funhouse on the other side of the map, enjoy”. And you’ll do it for the fun of it, not for some reward or even for a sense of progression (not that rewards aren’t there in the end).

So when all those people you helped just for the sake of being nice and having fun in the moment all come back and pray for you, it’s the ultimate “thank you” from the developers for playing their game. Every second of the 50 or so hours you spent was carefully crafted and put there for you to have fun with, all of them there to give make a point; find your passion in life, find a way to do good and try your best. Enjoy the moment, and simply try with an honest, loving heart. Inspire as you have been inspired and disregard the end result. People may hopefully notice, but that’s not the point.

This Zen-like attitude to Okami’s design, were your ranks and scores and how much stuff you collected matter much less than the simple fact you enjoyed playing the game in the moment, is something open world, large-scale games need to keep in mind more than anything. Games were there is no real ending (GTA, Skyrim), or where the ending is so far off you’ll be in no rush to get there (Assassin’s Creed) are games that desperately need to know what makes them fun in the moment, then use whatever trick they can to build the story around it.

Each of these games, no matter how seemingly narrative-driven they are, are about so much more than unlocking the final cutscene. And though Okami has a definite end-point, it doesn’t matter in the face of the simply playing it. Unlockables be damned, let me have fun.

If you read this article disregarding the spoiler warning at the top, I really haven’t spoiled a thing. It’s a game you need to play to appreciate. You need to put yourself in Amaterasu’s shoes/paws and run around, going on the grand adventures Team Clover created for her. It’s life-changing in the hands of the right player and outright inspiring if you have any sort of passion in life.

Okami embodies the rising sun and might be the piece of shining light you need to get you through what feel like dark moments in life. To me, it’s much more than “Japanese Zelda”. It’s a piece of true artwork made by a team that believed in it’s own sentiments and hopes. And it’s beautiful.

Okami HD is available on the PSN and is a priceless treasure you need in your collection.