You may have read that earlier in the week Apple went on a rampage of removing games from the App store which contained the Confederate flag. Well the latest is that Ultimate General: Gettysburg is now back on the App Store, unchanged. 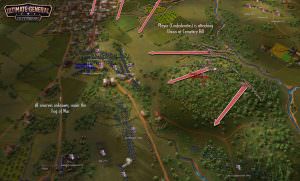 “Ultimate General is back! Unchanged,” developer Games-Lab said on its official website. “After several late night phone calls with Apple yesterday and today the game has returned to AppStore the way it was… in 1863.” GamesLab earlier insisted that they would not change their game in order to get it back on the App Store as it would affect the historical accuracy.

An Apple spokeswoman has said that they will begin to reinstate some of the games that were wrongly removed in due course.