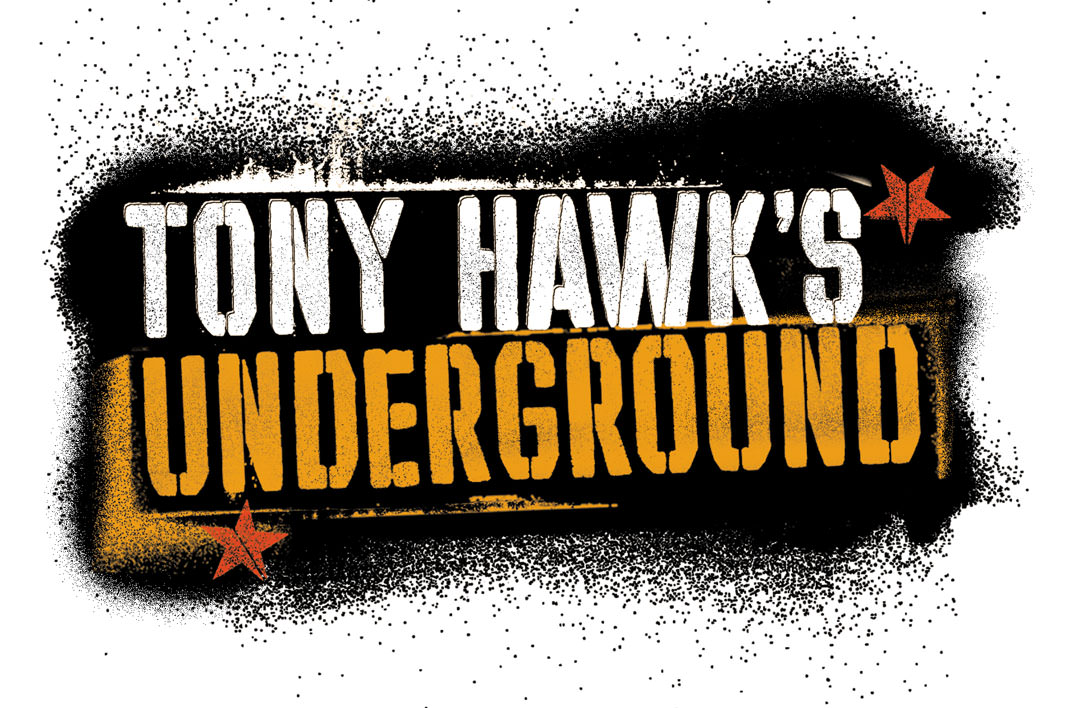 So there’s a new Tony Hawk’s Pro Skater coming out in a while, but who gives a crap, right? I think it’s unanimously agreed amongst fans that the Tony Hawk’s series stopped being good a looooooong time ago. The slow grief of watching your favourite series as a kid/teenager progressively get worse and worse, wrung ragged by Activision’s unquenchable thirst for yearly money-makers on all platforms, was like Homer Simpson chanting “it’s still good! It’s still good!”

The late-Neversoft’s attempts to keep the series fresh inevitably led them to half-copy the style of EA’s Skate to compete, trying desperately to reinvent a wheel that had already fallen off the wagon; adding weird camera angles, “realistic”/muddy visuals and bloating it with awkward, clunky features you’d use once and never pick up again. Tony Hawk’s Proving Ground marked the end of Neversoft’s love affair with skateboards, putting the final nail in the coffin, and Robomodo took over, digging up the corpse and doing unspeakable things to it.

But Tony Hawk’s was already on it’s decent by that point and while there’s argument about when it became a nigh-unplayable nightmare, I think most would agree that it never got better than Tony Hawk’s Underground.

Sure, THUG2 was still fairly fun and maybe even THAW had it’s moments when it wasn’t being an extended tutorial, but they just weren’t as exciting or as put-together as THUG. Pro Skater 4 might have had a better collection of well-designed levels, but THUG had buckets of customisation and “creat-a-” modes, an urban amateur setting and a story which all resonated with the kids playing at the time.

No other game has made me take up another hobby as involved as it did -I mean, hell, it convinced me to buy a skateboard and jump off ramps with it- and no other console game comes to mind that told a story about an average dude in a fairly mundane setting without any violent gameplay. 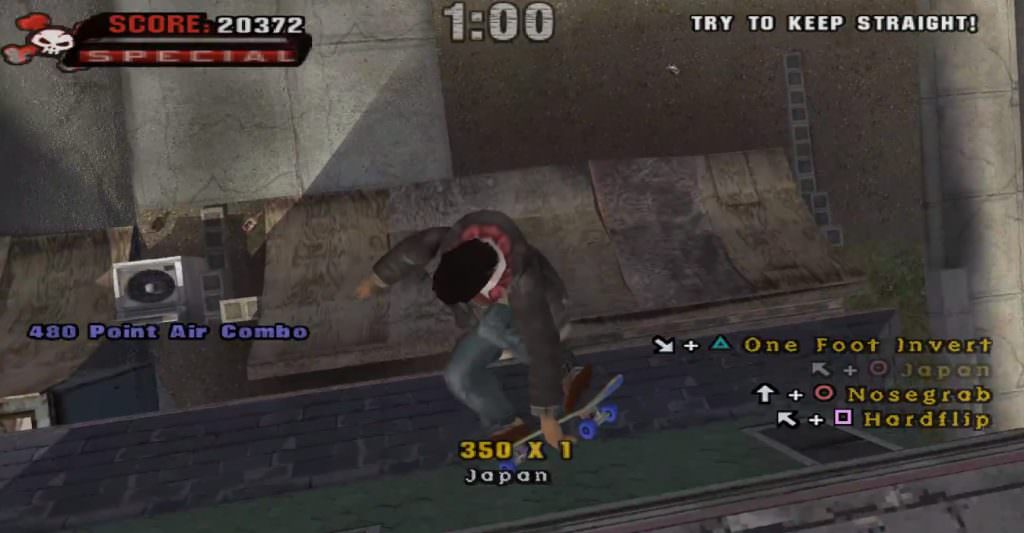 THUG had a huge focus on customisation and individuality. You could create a skater, a skatepark, a design for your board, a unique special trick, a bunch of missions, you could change the HUD and menu themes, you could decide which missions you did or didn’t want to do to progress the story, you could organically level up the stats to suit your style, you could decide on the rules for your multiplayer sessions, and so on so forth.

As relatively small-scale as the development behind THUG was, compared to current mainstream titles and due to coming out on it’s usual yearly cycle, the level of variety they crammed into this game remains amazing once you stop to appreciate it.

Even the levels were designed in a way were players could come up with their own lines, getting from one end of the map to the other in a single combo across ramps and rails in a way unique to them, now with walking and climbing included to set up the beginning of a line. You were invited to be as creative as possible with this entire game. Often I’d play with friends and see them pull off lines I never could have imagined.

It was really ahead of it’s time, even including online options for the lucky few that had access to it on their PS2. These days most mainstream games include customisable options akin to how THUG did, but keep in mind that this was an Activision product from 2003 made by a bunch of goofballs who happened to love their work.

It wasn’t perfect. The graphics and models were hideous (Stacy Perralta’s face felt like an animatronic on top of another man’s face), the driving missions were pointless and controlled like ass, you could button-mash yourself to a million-point grind combo, and the Moon Gravity cheat created a exploit that allowed you to wall-jump over the map into the skybox, finding all sorts of  surreal glitches. The new grungy, spray-painted aesthetic probably did a lot to cover up the lack of polish, and the focus on more pedestrian, urban, indie styles gave the game a “home-made” feeling.

It had heart. There was a roughness to it that was inviting, asking you to put yourself in the game emotionally and playing the role of the main character. 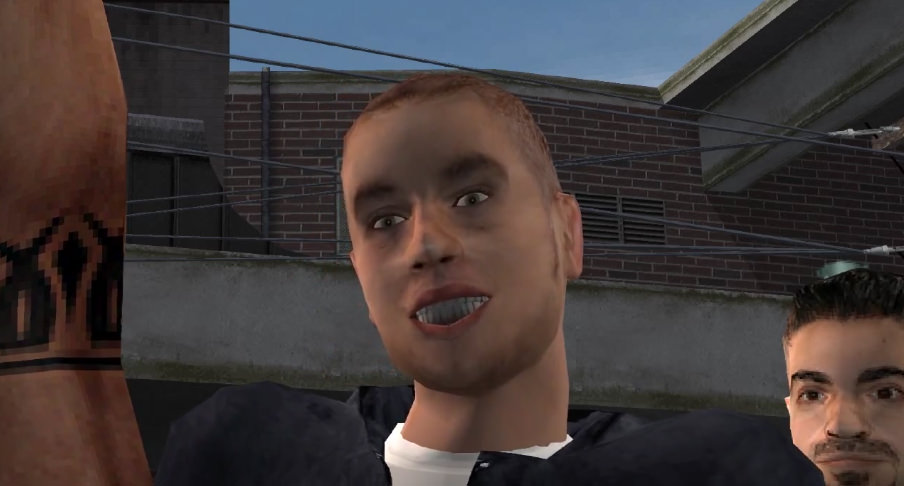 Let’s cut to the chase; Eric Sparrow is the single most hateable villain in any game ever and any time I see his smug low-poly face, I want to punch it.

The story follows you and your douchebag best friend Eric as you try to make a career as professional skaters, travelling across the USA, Canada and Russia to shoot videos and compete in contests. From humble beginnings in New Jersey, to beating the odds in the Tampa Am, partying with your sponsor in San Diego and touring with them across Hawaii, Vancouver and Moscow, you rise and fall and rise again in your career.

All along the way, from the very first mission, Eric is getting in over his head and using you to pull him out. He screws you over multiple times with increasing dickishness, to the point that he manages to convince everyone that insane footage of you jumping from roof to roof over a helicopter while pulling off a trick actually features him. THEN he frames you for crashing a tank he drunkenly hijacks, ruining your entire career and landing you in a Russian jail. You eventually make an award-winning video with the pro skaters who still have your back and show Eric up in one final skate-off.

The reason I think the story, despite it’s crude dialogue and cartoonish logic, hits so close to home is because of how low-stakes it is compared to most games. You’re not saving the world, you’re not some legendary warrior, you’re just trying to turn your passion into a career. And I think the reason Eric “I’mAMassiveBastard” Sparrow inspires so much white-hot hatred in players is because we all know someone like him. We all had those “friends” who repeatedly took advantage of us, who were great liars that people believed, who we naively kept forgiving just because we grew up with them, only for them to screw us over harder than before.

The game’s not pessimistic though. Sure there’s dirt and grime, an antagonist who’s all your adolescent drama rolled into a single character, and butt-ugly graphics, but there’s still a sense of humour and hope. Stacy “Animal Chin” Peralta is the voice of wisdom and is there to tell you at the end that “skateboarding is whatever you make it. It didn’t change, you’re the one that changed“. As long as you remember why you enjoy your hobbies and why you started in the first place, you’re better off than someone who only has the false sense of success or the money that goes with it.

It’s a really sweet and grounded sentiment you don’t often get from games and compared to Okami, it’s punk rock and grounded more in reality. 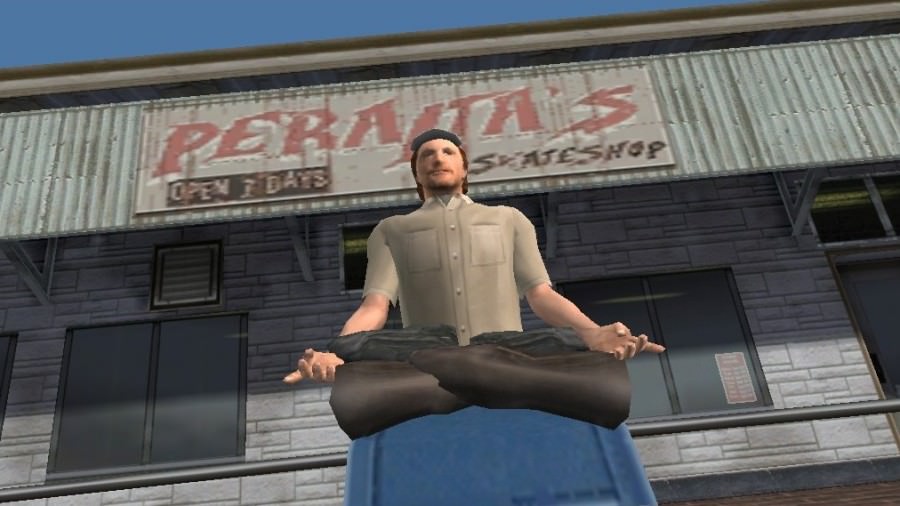 The level of replayablility, largely due to the customisable options, is colossal. I actually bought myself a memory card solely for the purpose of containing created content and god, if only this game came out today when every console has online modes as a standard. Imagine.

Sadly, Neversoft seemed to have blown their load with this one. The following game was a Viva La Bam spin-off with some really superficial added features, the one after that was a pop-punk/emo cash-in that was restively casualised and everything following was just underweight and too “next gen”. The charm was fading faster and faster with each game.

Skate came out around the same time as Project 8 while part of Neversoft’s staff was working on Guitar Hero and, well, with the Tony Hawk idea-bucket run dry, they focused on that instead and no major, core-team developed game followed Proving Ground. It’s a shame that Neversoft/Activision didn’t just keeping refining and expanding what was there in THUG rather than trying to reinvent it from scratch, because we would have ended up with something that, while unoriginal, would have been replayable for decades. They had the formula down with THUG (well, bar the few car missions) and the only place it could have gone from there was where it did go in the end; downhill.

Really, it had run it’s course. There were 9 core Tony Hawk games by that point with ports and spin-offs on everything from handhelds to phones, so people were well and truly sick of skateboarding games for a while. A truly over-saturated market, it’s easy to look back on every Tony Hawk game like a piece of shovelware shat out by a corporation just looking for an easy yearly cash-in, but Neversoft was a team with heart and Tony Hawk’s Underground was at the centre. The fact they managed to put a game like that out under the shadow of a demanding publisher shows how much passion they had.

Even though it doesn’t hold up too well on a technical level, the amount of charm it exudes is why fans have so much unspoken nostalgia for it. It certainly surpassed anything Robomodo has to offer and if their attempts with THPS HD is any indication, Pro Skater 5 is going to be an Unreal Engine mess without a drop of that substance.

Unfortunately, as with all games with licensed soundtracks, none of the Tony Hawk’s can be repurchased these days due to copyright blockages, so your only option is to emulate or find an original copy.

I hope you do because if you finish story mode twice, you get to punch Eric in his dumb fucking face.