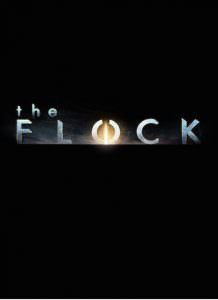 The flock is a new horror game that was created by the Dutch indie studio, Vogelsap which will be releasing the Flock later in the year. According to their website, The Flock is an asymmetrical multiplayer thriller online game. Essentially there are two race in the game, the “stronger” race are the flocks who hunts down the “weaker” race called Carriers for their precious Artifacts. The goal as the Flock are to capture these rare Artifacts which will then turn you into the hunted Carriers. Now that you have become the hunted, you goal as the Carriers is to survive from the Flock as they try to steal your Artifacts.

“As the Carrier you need to shine your light upon objectives placed in the world in order to win the game; while at the same time fending off Flock that attempt to gain the Artifact for themselves! The Flock are vulnerable to the Artifact’s light, but their key to survival is to stand still when the light is shined upon them.” – http://www.vogelsap.com/theflock/

What makes this game so interesting is the invisible countdown clock that was embedded into the game from the beginning. For every player that dies, the Flock’s population number drops by one. Once the population reaches zero, you will no longer be able to buy this game. Only the people who already bought the game will be able to reach the finale. Once the finale is done, the game will permanently delete itself forever.

“In opposition to other multiplayer games, we want The Flock‘s experience to inspire a sense of awe, to keep players eagerly anticipating what is coming next and to end with a memorable climax.” – Creative Director Jeroen Van Hasselt

Even though the game hasn’t been released yet, it has already garnered a few awards such as the  two time indigo showcase (Gamescom 2013) and Indie MEGABOOTH Selection (GDC 2015). Only time will tell whether this game lives up to the hype but the concept is definitely unique and i look forward to hearing more updates and seeing new trailers.