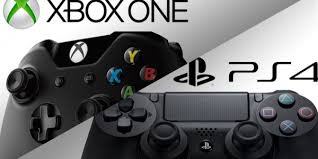 A new study has revealed that women gamers now outnumber their male counterparts. 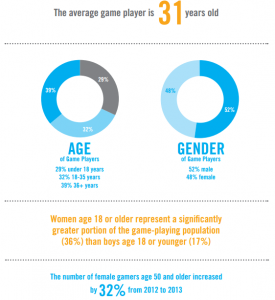 Entertainment Software Association conducted a study which revealed that women over 18 made up 36 per cent of the gaming population followed by adult men at 35 per cent. The stereotypical gamer, the teenage boy, surprisingly made up a mere 17 percent of the gaming demographic.

Gaming has also become increasingly popular among the older generations. The study reveals that the number of female gamers aged 50 and above increased by 32 per cent from 2012 to 2013. The average adult woman has been gaming for 13 years according to the study.

Now you may ask, what kind of games are these women playing? It would appear that the likes of puzzle games, trivia games and card games are proving popular among women having doubled in popularity between 2012 and 2013.

However, action and first-person shooter games are still the king of the gaming world. Grand Theft Auto and Call of Duty ranked as the bestselling video games of 2013.

The audience for computer and video games is now an even 50-50 split between male and female genders.