Maia is an extra terrestrial colony simulator. The game, created by Simon Roth, was originally a Kickstarter, raising the equivalent of €190,000. The simulation game is currently available from the Steam Early Access Programme.

The player’s role in the game is to be the overseer of the first colony of humans living on the fictional planet Maia in the Tau Ceti system. The first thing that struck me about the game is how rough and basic the game still is. From the outset, it’s clear that Maia has a long way to go in terms of development.

I started, like everyone who plays the game, with a basic subterranean dwelling. The dwelling serves to escape the dangers of the world above. As the overseer in control of the colony, I ordered a tiny robot to excavate the surrounding land. Colonists then worked the surrounding land in order to expand their living space. Humans and robots also have to mine for materials to use in construction. 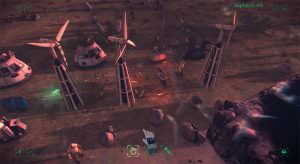 The aim of the game is to keep your colonists alive. Players come up against all sorts of challenges when trying to do so. The colony faces dangers such as earthquakes, solar flares, meteor strikes and hostile wildlife. The player is supposed to try and make the colony self-sustainable, as well as performing scientific research to improve the dwelling. Colonists need to be provided with food which is grown in a lab or an animal containment shelter, as well as beds and lighting.

Maia really does exude the retro sci-fi feel with its art, sound and general design. There’s no mistaking that the game is set in a futuristic land and that the colony is in space with the traditional, almost cliché space theme. 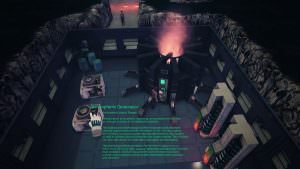 I can really see the game’s potential but it’s nowhere near the finished product yet. Maia as a game is quite enjoyable however at this stage it is still quite basic and unchallenging. To me, the game is not yet ready to play.

The player is limited to what they can do and the basis of the game is still too basic. I would have liked if some sort of storyline had accompanied the game, to me it fell rather flat without a good story behind it. Construction is very limited at present, I would like to see more variety to what the player can build.

However, I do think Maia as a finished product will be a brilliant game.