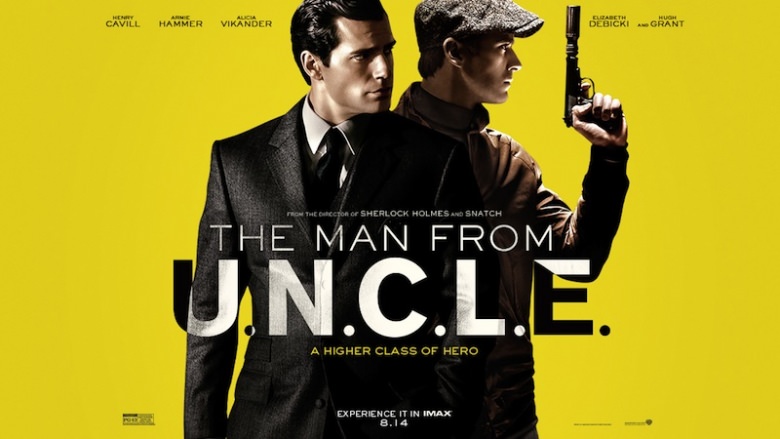 I’ve been watching quite a lot of movies lately and the newest edition to my movie list was The Man From U.N.C.L.E. The movie is based on a 1964 tv series with the same name and the creator of the series includes Ian Fleming, the mastermind behind the James Bond Series. So with that in mind, i was expecting from savy spies with good looks, humors and i got exactly that. Needless to say i was pretty happy with the movie so let’s talk the good.

Let’s be honest, content based off on world war 2 and the cold war has been done to death. It’s always about the Nazi being the enemies, nuclear bomb and what not. Granted, i’ don’t watch alot of movies about war but i find this movie really refreshing. The story is about CIA agent Napoleon Solo and KGB operative Illya Kuryakin participating in a joint mission against a mysterious criminal organization, which is working to proliferate nuclear weapons.

I know the plot sounds generic but bare with me because the film contains great humor and a relatively upbeat atmosphere. If i was to go into further detail, the story would change into: Solo and Kuryakin are using Gaby to locate her rocket-scientist father, who is on the brink of delivering a nuclear warhead into the hands of a glamorous Italian women and a torture-savvy ex-Nazi.

Now that’s more like it. We start off with a classic car chase scene where the cool Napoleon Solo shows off his unique skillset and charms as he cleverly directed the driver and main female lead, Gaby Teller to evade capture. As we progress further on, the plot only gets better. There’s a small plot twist in the end and the great acting done by everyone only helps to make the climatic change all the more interested.

Overall, the partnership between Kuryakin and Solo is hilarious and captivating at the same time. Their desire to protect their over sized ego has constantly fueled much competition and arguments which was entertaining throughout the whole movie. It creates many adrenaline rush scenarios like exchanging spy bugs or ramming each other through toilet stalls Fast and Furious-style.

The best part however was adding Gaby inside this mix. She may seem pretty… well useless at the beginning but don’t be fooled my friends because she provides the most intriguing power dynamic shift towards the end when she betrays Kuryakin (her fake fiance) and Solo. Turns out, she was working with the British Intelligence the whole time!

I only found this out when i Wikipedia the actors in this movie, apparently none of them was actually using their native accent. British Henry Cavill was playing the American Napoleon Solo, American Armie Hammer was playing Russian Illya Kuryakin and Swedish Alicia Vikander as German Gaby Teller.

Cavill, who I found a little boring in Man of Steel is far better utilised as the suave Solo. His acting in this movie is superb. He oozes charm, confidence, elegance and has some great reactions which makes him one of the most sauve spy i’ve seen. One scene I particularly liked was him just chilling, with a sandwich and bottle of vino in a truck he found while his newly assigned partner was attempting to escape some baddies in a boat.

Armie Hammer also delivered as the Russian counterpart, Illya. In many ways he plays the straight man to Cavill’s comedian, which is actually the harder part to play. Hugh Grant did a superb job in a relatively minor role. Also Elizabeth Debicki did an excellent job as the female villain.

Spot On With Capturing Time Period

Since this is a period piece, I think it’s important to point out that they went through a lot of effort to get things right. Guy Ritchie beautifully captures the glamour of the 60s. From the locales, cars, outfits, even the music are all aesthetically rich and beautiful. For a budget of $75 million, the set pieces, costumes and art design match up very well to the theme of the 60s and the action also looks better than the medium budget could afford.

The action scenes are stylishly done, as to be expected from a Guy Ritchie film. Plenty of fast camera moves and zooms and clever editing. There’s also a neat storytelling device: something happens but music plays over it so we can’t hear what the actors say, and their actions don’t make sense. Then they show it to us later on with the sound, and it all fits into place. That was quite ingenious.

So yea, that was my 2 cent on the movie.