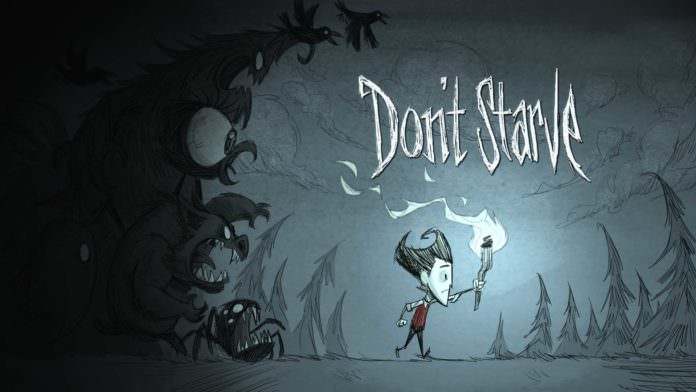 Don’t Starve is a survival RPG created by Klei Entertainment studio. I enjoyed Don’t Starve for the same reasons that I like FTL: Faster Than Light –  it’s challenging and allows you to put your own narrative to the game. The game has a very distinctive visual style that manages to be dark and whimsical, while still reminiscent of cute illustrations used for children’s books.

I have to start out by saying I encountered quite a few minimal bugs during my time playing. Sometimes my character would circle around a tree rather than chop it down or struggle to plant things. Otherwise, I really enjoyed the gameplay style. The world is randomly generated each time which means that as soon as you spawn you need to begin exploring the map and picking up materials. The catch is that you are playing against the clock. You have a limited amount of daylight and nighttime where you can move around before your character is thrown into complete darkness. If, at any point you lose the ability to make fire during this time you die. Although dying is an important aspect of the game, as it is the only way that you gain experience and unlock new characters I still became very frustrated at losing my inventory each time. This element of the game is similar to the mechanics of FTL, where you also lose everything upon death and a new map is randomly generated each time you begin. Even though I found myself drawing a lot of similarities between FTL and Don’t Starve I just didn’t feel the same compulsion to start again and try a new tactic. I suspect that this might be because I felt that Don’t Starve was very similar in a lot of ways to Minecraft. The game mechanics are heavy on the crafting and farming features. I eroded any passion I had for Minecraft years ago through sheer overplaying. Unfortunately, I think this tainted my play through of Don’t Starve.

Similar to FTL Don’t Starve features a range of characters but no real storyline. This allows the player to create their own narrative as they play. Each play through and tactics used can vary hugely depending on which character you play as and how the map is generated.

The game’s art style is a mixture of Tim Burton’s illustrations and the art used for the board game Gloom. It’s creepy and whimsical with a hand-drawn quality to it. If I’m honest it’s the artwork that has always enticed me. The colours used throughout the game and characters are reminiscent of old paper and ink. This really works well with the illustrative quality of the characters.

The use of music in the game is a little odd. At points (during the darkest time at night) it is almost completely silent.  I understand this is supposed to add to the tense atmosphere and creepiness of the game. But after I had gone through more than a few nights it started to annoy me. I think the inconsistency in the music is something that did not help with my decline in interest on the game.

I thought the UI was fairly straightforward considering how much information it contains. Because of the dull colours used throughout the game it was sometimes hard for me to distinguish items that were in the inventory from one another. I do think that it’s layout around the edge of the screen was a good choice.  The pause button should have been made a little bigger, as it was not immediately apparent. The design of the clock in the top right corner, alongside the various health indicators works really well. My only real issue was that the boxes used to indicate the equipped items should have been made a different colour. The grey used for it at the moment is not very different visually from the cream used for the other boxes. A green or a red would have stood out more.

Although I feel like that Don’t Starve really ticked all the boxes in terms of gameplay mechanics,  graphics and UI design I just really didn’t fall in love with it.  I feel this might be because I did my time years ago playing Minecraft when it was in alpha. The shine has worn off of crafting based survival games for me but that does not make Don’t Starve a bad game. Even though it wasn’t for me I would still recommend it to anyone who enjoys survival rpg games.