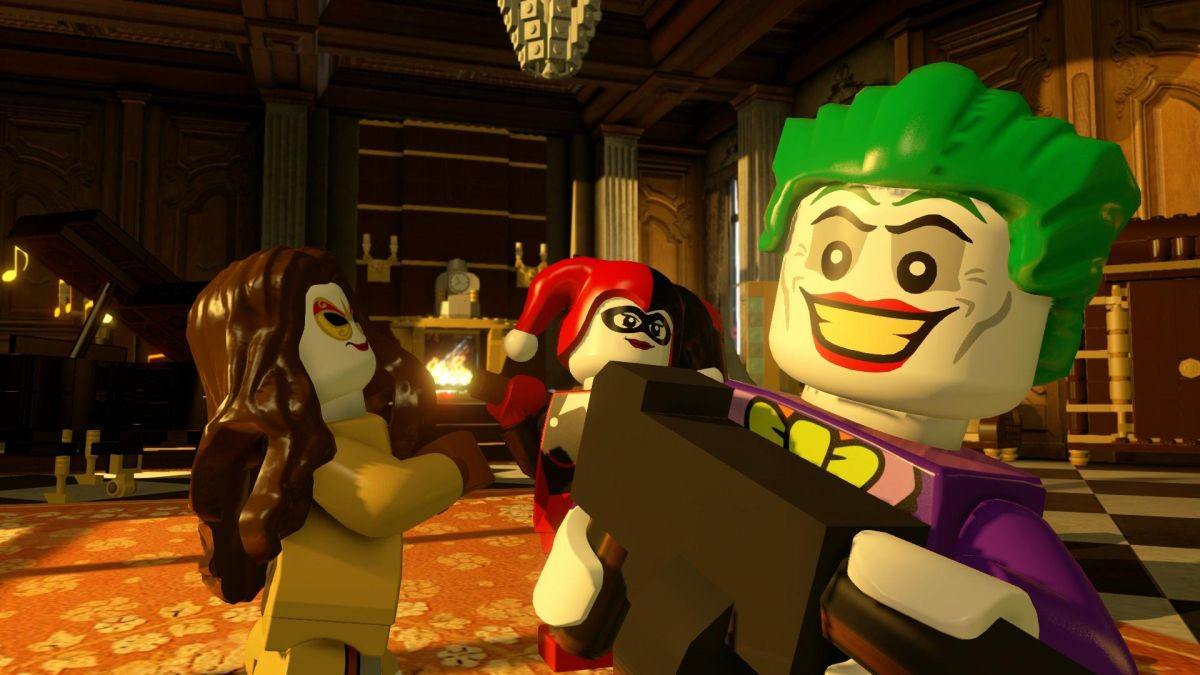 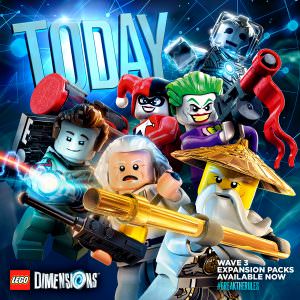 Warner Bros. Interactive Entertainment announced today the release of five, highly collectible LEGO Dimensions expansion packs based on Ghostbusters, DC Comics, Doctor Who, Back to the Future and LEGO Ninjago. Players can customise their building and gaming adventures in LEGO Dimensions with the purchase of these Wave 3 Level Pack, Team Pack and Fun Packs which provide additional gameplay, buildable characters, and rebuildable 3-in-1 vehicles and gadgets with special in-game abilities. All expansion packs provide gamers with the opportunity to use everything interchangeably, anywhere throughout the game. Plus, any expansion pack character can unlock the corresponding Adventure World of the same brand to provide players with additional open-world gameplay content based on that entertainment property.

Ghostbusters fans who want to spookify their LEGO Dimensions experience beyond the Ghostbusters level in the LEGO Dimensions Starter Pack can add the Ghostbusters Level Pack which includes “A Spook Central Adventure!” a mission-based Ghostbusters level where players must fight Gozer and save New York City.  The pack comes with a buildable Peter Venkman LEGO minifigure and Proton Pack, Ecto-1 and Ghost Trap – all playable in the game. Players can use the misfit parapsychologist’s Laser Deflector, Suspend Ghosts, and Hazard Protection abilities to solve puzzles and overpower enemies.  They can also boost their gameplay with the Ecto-1 which can be rebuilt into the Ecto-1 Blaster and Ecto-1 Water Diver and the Ghost Trap which rebuilds into the Ghost Stun ‘n Trap and Proton Zapper.  The pack also allows access to the Ghostbusters Adventure World where gamers can play as one of the four Ghostbusters. Players can replay through the game and other levels to trap ghosts and access more collectibles in their journey to save the LEGO multiverse.

Players can add a touch of mischief to their LEGO Dimensions gameplay with the DC Comics Fun Pack featuring the demented duo of The Joker and Harley Quinn.  Activating The Joker’s powerful Grappler, Target, Hazard and Electricity abilities or Harley Quinn’s Acrobat and Super Strength abilities will help them to solve puzzles and battle enemies. When things get tough, players can send in The Joker’s Chopper and Harley’s Quinn-mobile, and then rebuild them – respectively – into the Mischievous Missile Blaster and The Joker’s Lock ‘n Laser Jet; or the Quinn Ultra Racer and Missile Launcher for upgraded abilities in the game.

Whovians can upgrade their LEGO Dimensions gameplay with the Doctor Who Cyberman Fun Pack, featuring a buildable Cyberman mini-figure and rebuildable Dalek.  Players can place the drone-like humanoid on the LEGO Toy Pad to bring him to life in the game, then activate his hi-tech Mind Control, Hacking, Drone, X-Ray Vision, Silver LEGO Blowup, Technology, and Dive abilities to solve puzzles and take on the enemies in true Doctor Who style.  The Dalek can be rebuilt it into a Fire ‘n Ride Dalek and Silver Shooter Dalek.

Players can take their LEGO Dimensions gameplay to the future and back again with the Back to the Future Doc Brown Fun Pack.  Placing everyone’s favourite absent-minded scientist on the LEGO Toy Pad will bring him to life in the game where players can activate his Hacking, Technology, Fix it, and Drone abilities to crack puzzles and defeat enemies. If he runs out of ideas, bring in Doc Brown’s Traveling Time Train and rebuild it into the Flying Time Machine and Missile Blast Time Train.
Players can also take a wise master on their LEGO Dimensions adventures with the LEGO Ninjago Sensei Wu Fun Pack which includes a buildable Sensei Wu minifigure and his golden staff, plus a Flying White Dragon which can be rebuilt into a Golden Fire Dragon and Ultra Destruction Dragon.  Players can deploy his Spinjitzu skills and other special abilities to solve puzzles and battle enemies.