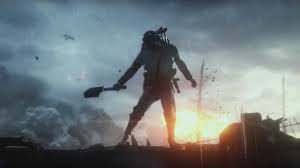 It will be released worldwide on the 21st of October, but those who pre-order the Early Enlister edition will receive the game on the 18th of October.

So far, the areas announced include the Italian Alps, Arabian dessert and the Western Front.

Dice have also revealed what vehicles will be available. They include Light tanks, heavy tanks, bomber planes, biplanes, boats, battleships and horses.

Expect more details to be released in June at E3 2016.