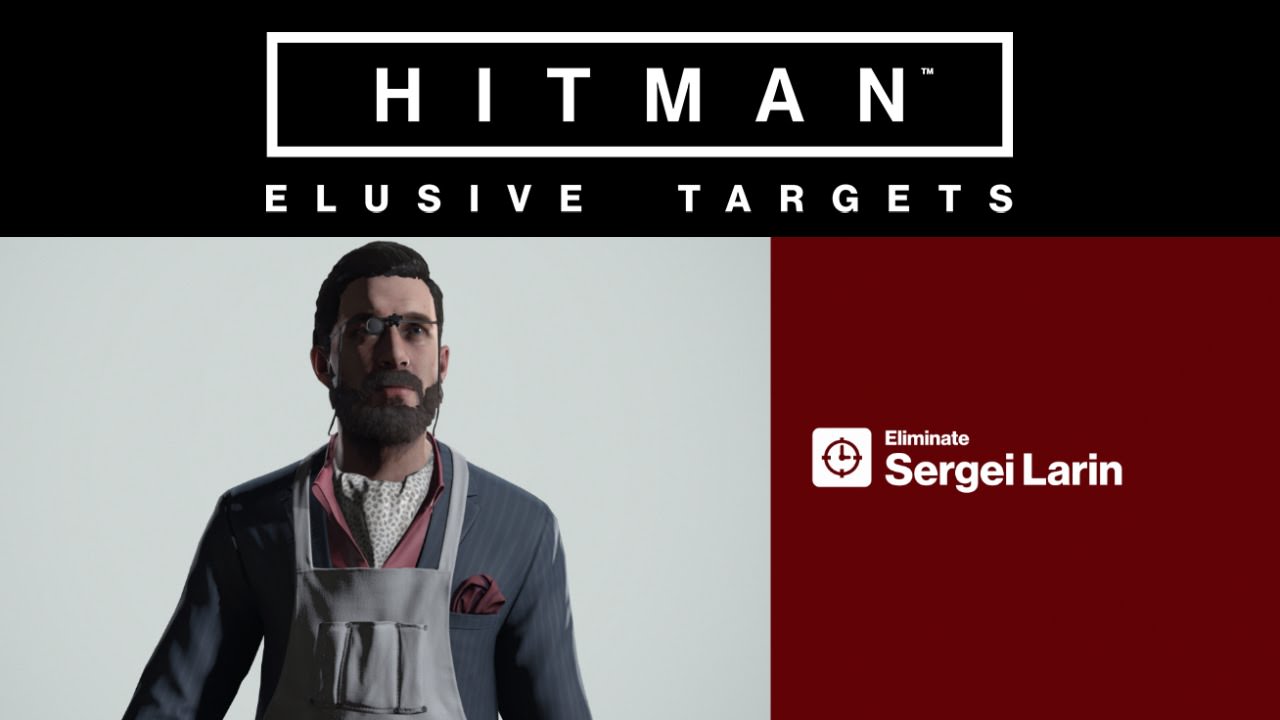 “Go to the basement, find the security room and wipe the camera systems clean”, I think to myself as I begin my approach to my target through this familiar mansion setting. While the locale is certainly familiar to me, episode one’s Paris map, the target, Sergei Larin, is not. Perhaps more importantly, the rules of this contract, this level, this mode are new for a Hitman game and new for the franchise as a whole.

‘Elusive Targets’ is the name of the mode, newly added by IO Interactive, and it takes the familiar formula veteran Hitman players have grown accustomed to and contorts it into something fresh. The basic premise of this mode is that the player only has one chance to kill the assigned target and that is it. There is literally one chance, no restart or retry. If the player screws up, it is over and furthermore, if the player did not play the particular level within a given period (usually 48 hours), then you will have missed out with no chance of experiencing it again. That is because Elusive Targets live up to their name as they are missions which are only available for a limited amount of time and provide a new level of tension for veteran players.

Speaking as a hardcore fan myself, the sheer tension I felt, was ramped up by the fact that if your target knows you’re on the hunt, he will run and he can permanently escape. No second chances, no checkpoints, no level restart and alongside this no HUD assists. The HUD element is an interesting variable added to the mix as it weeds out the casual players who had relied all too heavily on “Instinct” mode (Agent 47’s vision mode which allows you to see your target through walls and floors) and/or the mini-map. Even if the target was next to you, your mini-map will simply display the same icon it would for any other random NPC in the level. It is, essentially, a hardcore filter for the game as it requires the player to really scan the faces of those that pass you by.

With that in mind, the levels are huge and so going into them with just a photo or portrait of your target would not provide enough for players to narrow down the search for them. To overcome this, IO Interactive has created custom cutscenes for each Elusive Target, in the form of a contract briefing video before you start the mission. These provide clues as to the rooms your target may like to frequent or the general part of the map they may like to wander around in. In the case of The Forger, the first elusive target on offer, his briefing video shows him standing in rooms with unfinished paintings that we are told he creates as a hobby. And this hints at another element of the Elusive Targets design.

The developers clearly designed this mode for veteran players as prior knowledge of the level’s layout was needed to make sense of the briefing video’s visual clues. Due to my in-depth knowledge of the Paris map, I was able to narrow down the areas he frequents to two or three rooms before I even launched the level. The map has approximately five rooms that contain paintings in an unfinished state. Rooms which look like art workshops more so than polished, grandiose tributes to exuberance and excess. A common element observed throughout the remainder of the level’s aesthetic. While this may make things sound too easy, keep in mind, that one room he frequented was on the top floor while the other was a small corner section of the second floor and so even though I knew the areas to investigate, our target had a lot of ground to cover to travel between the two areas.

Having made my way to the basement in a security guard’s disguise (which I nabbed from a lone patrol that decided to check out the noise in the janitor’s closet by himself-bad idea), I proceeded to the security room where all the building’s cameras could be disabled and wiped clean (had I already been spotted). Unfortunately, my confidence proved premature as I rushed in and figured if I was fast enough I could disable the machine before the guard parallel to it would turn to notice. The guard turned within a second of me starting to click and clack away on the Security camera keyboard. Within moments, all three guards inside the room were standing to attention and suspicious of the new guy on the job who took a fondness to wiping their security systems.

I was no new guy mind, having studied the guard’s patrol patterns over the course of twelve hours of play although I was, however, over-confident. I immediately fell back on an adapt-or-die (or in this case “Adapt-or-fail the mission”) mentality and ran out of the room, shutting the door behind me, ran to the locker room up the corridor and found the waiter disguise (which I had in mind as a contingency plan if things went south). Once I changed clothes, I calmly strolled on, past the guards who were not on the lookout for a red-waistcoat-wearing bald guy (they still had his security guard twin to deal with as far as they were concerned) and proceeded to spike some sushi in the first-floor kitchen. A specific sushi dish which was favoured by a certain bodyguard. Once the bodyguard ate the poisoned fish, he stumbled to the nearest toilet to throw up. As he did so, Waiter Agent 47 followed to address the bodyguard’s complaint about the food. Needless to say, the bodyguard had eaten his last dish and Agent 47 found his new calling as a bodyguard, a uniform which gave me access to the upper floors where our elusive target liked to roam.

Proceeding to the second floor, I entered a room adorned with the unfinished work of our target. My camera-wiping efforts in the basement paying off as the cameras located at the entrance to the target’s art room failed to record me. To my surprise, a lone auction staff member was in the room. I decided to subdue him swiftly so should our target arrive, we would have one less witness to worry about. Stuffing the unconscious auction staff member into a nearby armoire, I then took his outfit as a disguise and switched back to the bodyguard outfit (by dropping the disguise, it was added as a marker on my mini-map to remind me later). I proceeded up to the top floor and into the attic but after several minutes of searching the rather expansive attic region, I found no sign of the target, only his paintings. I then started thinking about how he must wander between the two floors and figured he may have slipped out of the attic on the far side while I was on the opposite.

I proceeded back to the second-floor art room and initially became concerned our target had left to flee but noticed on my mini-map that there were two new NPCs in the next room. NPCs I knew for a fact were not in the level under normal circumstances as the room only ever contained an auction staff member, which we subdued earlier, and a tech crew guy, which seemed to be omitted by the developers for Elusive Target mode. With this prior knowledge in mind, I proceeded to the next room and saw a man on his phone, sitting on a couch with a bodyguard on the couch opposite him. Relief set in as I drew closer towards the man to recognise him as the target we had been hunting. And thankfully, we had only one potential witness to concerning ourselves with, his bodyguard.

Standing next to them, I waited for the target to finish his phone call and once the two got up to leave, waited for the target to pass the door threshold into his art room next door before throwing a coin behind the bodyguard who was a few steps behind the target. The target ordered the guard to investigate the noise, the same noise I created from my coin toss. A simple yet effective distraction. Once the guard had his back to us and the target had shut the door behind us, I strolled up to pacify the bodyguard. Now unconcerned with hiding the bodyguard’s unconscious body, I thought it better to hurry and ensure we take out our target before worrying about the chores. Fiber Wire in hand, the target was already turning to leave for a hallway, a hallway dotted with witnesses. I swiftly snuck up behind him and the choking wrapping of the fibre wire took care of the rest with a button press. The Fiber wire still around his neck, Agent 47 lowered him and (thanks to the fibre wire) I was able to immediately drag the target’s lifeless body to a nearby wardrobe for concealment.

Now to leave the area without a hitch, I calmly walked down to the janitor closet where I acquired the first disguise, the security guard uniform, and retrieved Agent 47’s signature suit. An agent should be well-dressed for his departure after all. I switched between running and swiftly walking, trying to conceal the excitement and relief from the ominous, hawk-eyed guards at the entrance to the grounds. And mission success, I finished with a four out of five rating and took pride in knowing that my initial mistake had been a containable one.

With that in mind, I can say I have not felt such a level of tension in Hitman prior to this nor have I had as much fun being challenged in what I already knew and what I thought I knew upon starting this new mode.