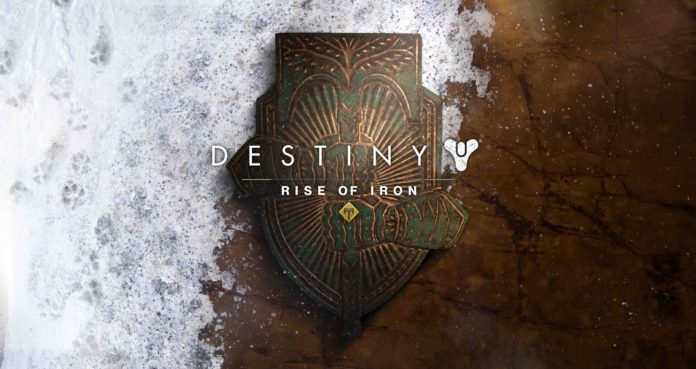 As a Destiny player, September is starting to feel like Christmas to me with Bungie yet again releasing another huge DLC Rise of Iron on September 20th. With the release just around the corner, and having been fortunate enough to play the new Supremacy Crucible mode at Gamescom 2016 this is a great time recap on everything the DLC has to offer. 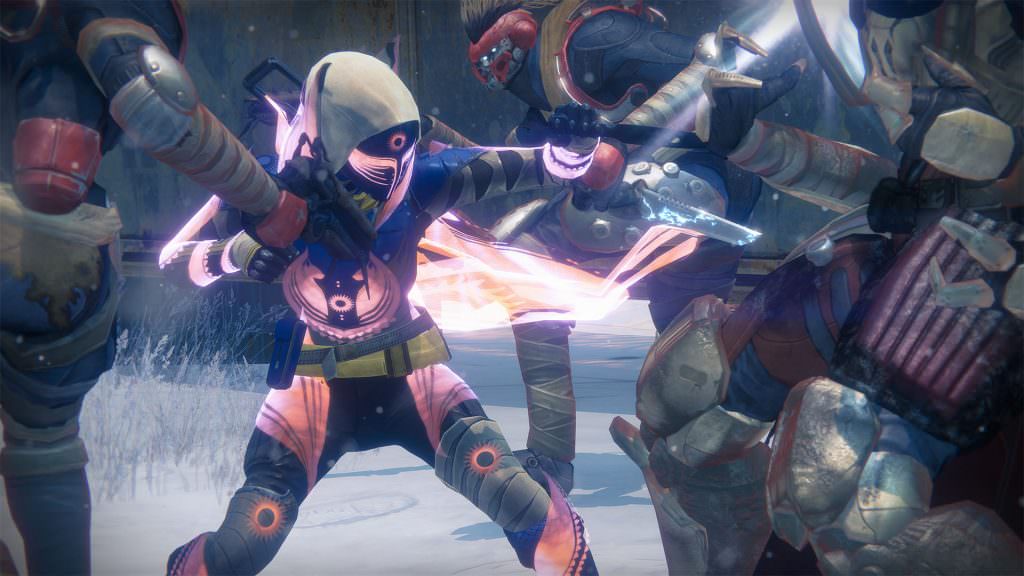 Having played more Iron Banner Events than I care to mention I was happy to hear Rise of Iron will finally explain the backstory of the Iron Lords and add more depth to the Destiny lore. What we know so far is that one hundred years previous the Iron Lords sacrificed themselves to contain an “ancient evil” which is actually a technological plague known as SIVA. Lord Saladin is the last of the Iron Lords and he has been present since the Destiny Beta, training guardians for an event just like this one. The DLC will see Lord Saladin unmasked for the first time as he leads guardians on the path to become an Iron Lord.

Players will have to retake Felwinter Peak from the House of Wolves, who have burrowed deep into the cosmodrome and unleashed the SIVA plague. They have used the plague to modify/mutate themselves, which is no surprise considering how infatuated they seem to be with technology. This means, like last year’s The Take King DLC, we are seeing existing enemies in a slightly different form rather than the introduction of an entirely new race. Bungie have said the House of Wolves will have new moves and new weaponry to challenge guardians with. Another nice aspect to the DLC for long term players is that the lore behind a lot of the Iron Banner Weapons and Armour is supposedly going to be revealed as well. 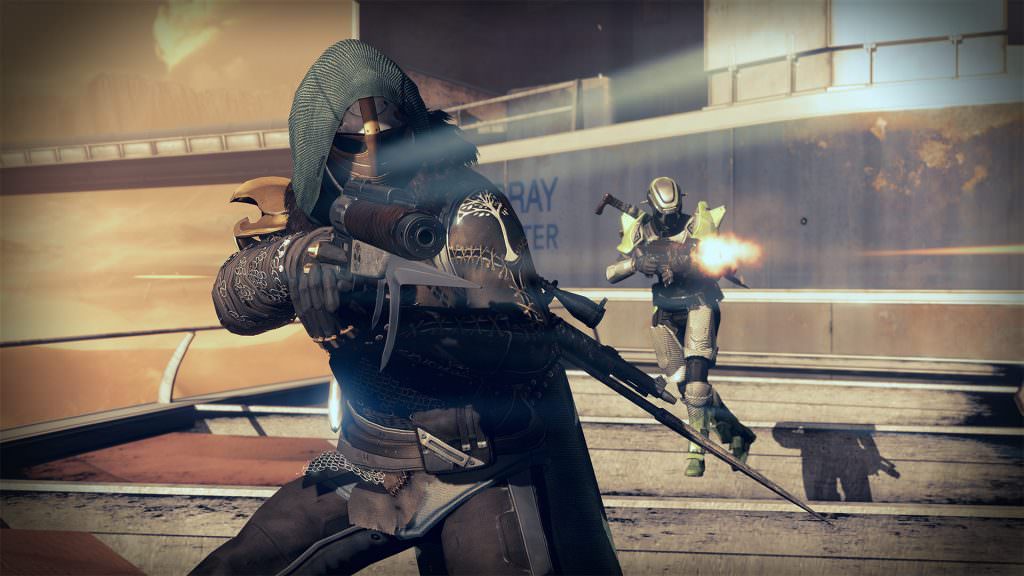 Along with the Devil’s Lair and Summoning Pits strikes being updated, we are also set to see a new strike called The Wretched Eye which actually already has gameplay available for it courtesy of PlanetDestiny. Strikes will also see the introduction of “Skeleton Keys” which, similar to The Prison of Elders will allow players to open a chest at the end of a strike for strike specific loot.

The large April 2016 Update (or “The Taken Spring”) gave us a huge update for the Prison of Elders, essentially making it playable again for anyone that had reached level 40. Rise of Iron brings with it an entirely new co-op arena called Archon’s Forge that is going to be a wave based activity. This will really be the first alternative to The Prison of Elders that has been offered in Destiny. Let’s hope it isn’t left to stagnate by the wayside in future updates like The Prison of Elders was, as that really was it’s main downfall.

Remember the week before The Taken King dropped and everyone went crazy over the fact that armour shaders affected their class items but then when TTK released they just didn’t anymore? Well, Bungie confirmed on their twitter in July that they shaders will finally affect class items again, making it a lot easier for guardians to pull an armour set together and giving us the opportunity to make the high end armour sets look even snazzier.

One of the bigger issues with The Taken King was that it made some of our favourite weapons obsolete (cough Gjallarhorn cough) but Bungie really do seem to be listening to the community when we complain because they have announced that all year two TTK gear will be capable of being infused to year 3 levels. The infusion system is also going to remain the same as it is now at a 1:1 infusion rate.

For pre ordering the game players are set to receive an Iron Gjallarhorn and Iron Gjallarwing sparrow. Some other year one weapons will also return to the game such as the infamous Thorn and the Khvostov. New engrams called “Iron Engrams” are also going to be introduced and will reward players with the old iron banner gear.

Rise of Iron will also see an overhaul of the existing artifacts in the game and introduce eight new ones. A new gear feature known as “Ornaments” is going to be introduced to the game for the first time which will enhance the appearance of armour and exotic weapons.

Players who like the aesthetic of the Iron Banner Items are in for a treat as Rise of Iron brings with it a host of gear following the same Viking theme of the Iron banner.

Finally, all the factions will have new armour sets and for the very first time  a faction ghost and sparrow.

Felwinter’s Peak is the new social hub in the game but Bungie have said Xur will not appear there. It will become the new home of the Iron Banner though, with an area of Felwinter Peak opening up for the event each time it is on.

The Plaguelands, just beyond the wall where every guardian starts their journey will be a new explorable zone in the Cosmodrome. Bungie also announced in their Twitch live stream at the start of the summer that the zone would include new public events.

As I said at the beginning of this article I was fortunate enough at Gamescom 2016 to actually play a game of Supremacy myself. Supremacy uses a similar game mechanic to Call of Duty’s Kill Confirmed where each player drops a crest when they are killed. These crests must then be collected by the opposition. Destiny already has quite a wide range of PvP games types to offer, many of which I really enjoy. Yet, when I actually played Supremacy it felt like the game style that I didn’t even know I had been waiting for. Having to collect the crest after each kill really adds a new dimension to the game play. Making regular team deathmatch faster paced and more tactical, as the opposition watches over the crests of their fallen comrades.

Four new crucible maps have also been announced for Rise of Iron – Last Exit, Skyline, Floating Gardens and Icarus which is a PS4 exclusive. There is currently a gameplay video of Floating Gardens available and it looks like a mash up of the Pantheon map from The Dark Below DLC and the Crossroads map from The Taken King.

On Bungie’s live stream from Gamescom this year they announced the introduction of private matches to Destiny. One of the more interesting aspects of this is that players will allowed to decide whether or not light level will affect a particular game which could lead to some tight matches between friends. Aside from light level players will also be able to customise the game type, map, score limit, time limit and interestingly the time of day. Teams can also be set to be anything from 1v1 to 6v6.

The Wrath of the Machine raid won’t be released until the 23rd of September, giving guardians three days to max out their light level and grab some new loot before attempting the raid. Unfortunately Bungie have said that the old raids will not be returning this time around.

Although the level cap is staying put at 40 the light level will be increasing to 385 initially and then 400 once The Wrath of the Machine raid is released. Game Informer reported that players will be able to reach max light level through any activity that they like and are not just confined to beating the raid like we originally were when TTK launched.

Gamerant.com reported that Bungie are still considering introducing matchmaking for raids in the game. If this happens it is could potentially change the game dramatically, lowering the barrier for entry to raids to everyone, as opposed to players having to search for LFG groups online.
Spark of Light

For anyone who hasn’t played Destiny is a while and is thinking of giving it another shot when the DLC drops there will be a Spark of Light character booster given to everyone who buys the DLC so you can catch up and play alongside your friends.

And That’s A Wrap

I might have missed a few things but I’ve definitely touched on all the main elements of what Rise of Iron has to offer, which is a lot if you haven’t noticed. I did forget to mention that Rise of Iron won’t be available on Xbox 360 or PS3 (a.k.a “Legacy Consoles”) and players will have to import their character to a PS4 or Xbox One. Unfortunately this also had the added impact of forcing legacy console players to complete their Moments of Triumph a month earlier than everyone else on the 16th of August if they want to claim their t shirt from the bungie store.

I often hear players complain about the retail price of the Rise of Iron expansion, which is only $30 at the time of writing. Honestly, Rise of Iron, like The Taken King before it, and the huge “The Taken Spring” (100% free) April update introduce so many changes to the game, light level increases and new challenges across the entire range of activities that Destiny has to offer that I struggle to comprehend where anyone can find fault with the price. Regardless, Rise of Iron is about to make some big changes to how the game is played, especially if we see matchmaking for raids.