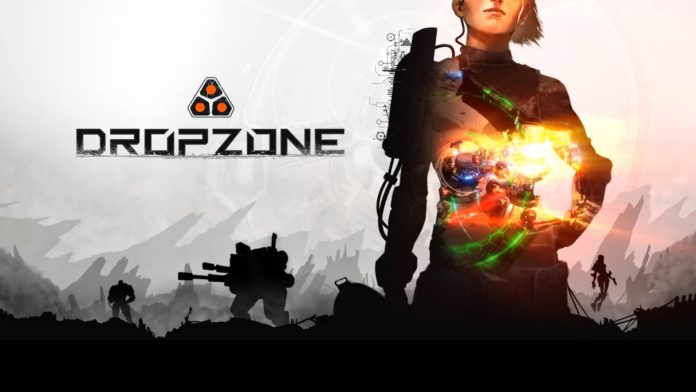 Dropzone is an RTS developed by Sparkypants, whose members all have gathered an incredible amount of experience in the RTS-sector and have worked on major titles in the past. The aim of Dropzone is to fight back the alien Kavash to earn cores and then upload them via the uplink while simultaneously preventing your opponent from doing the same! However, Dropzone has a unique feature – this must all be done within the 15-minute timer. There can only be uploaded core from a rig from one of the two teams. Tension and struggles come about, in order to prevent the enemy’s advance. 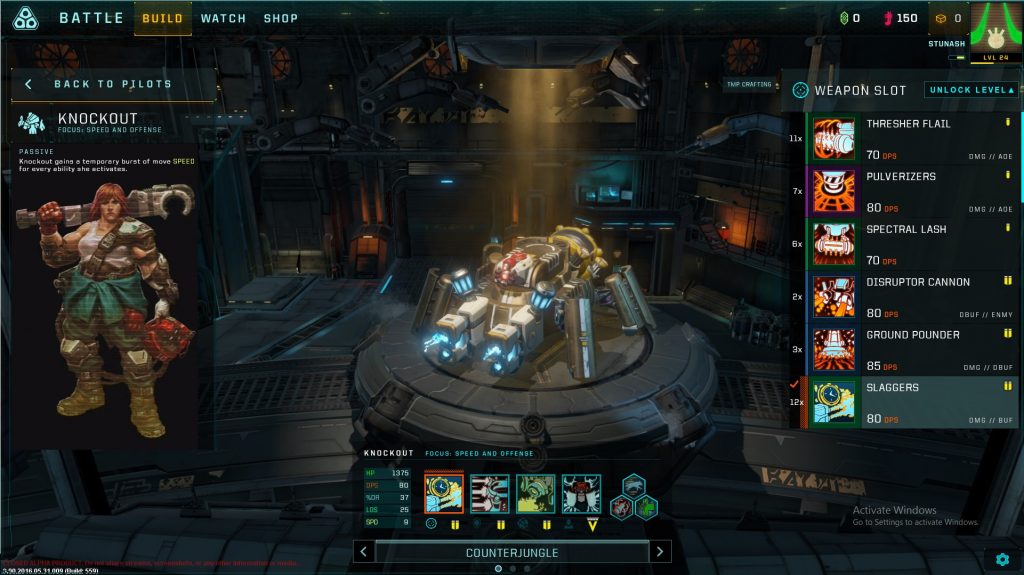 Dropzone is equipped with a great “Builder Screen”. This is where you choose the rigs and load-outs you are going to drop with. There is a huge range of different weapons and abilities you can equip to suit all different play styles.

A diverse roster of pilots will be available for players to command each with his or her own unique abilities. Each one can be upgraded to improve or add different abilities. Gunners deal strong baseline damage, both with basic attacks and a variety of heavy nukes, and they have strong movement orientated abilities that give them an edge in combat. 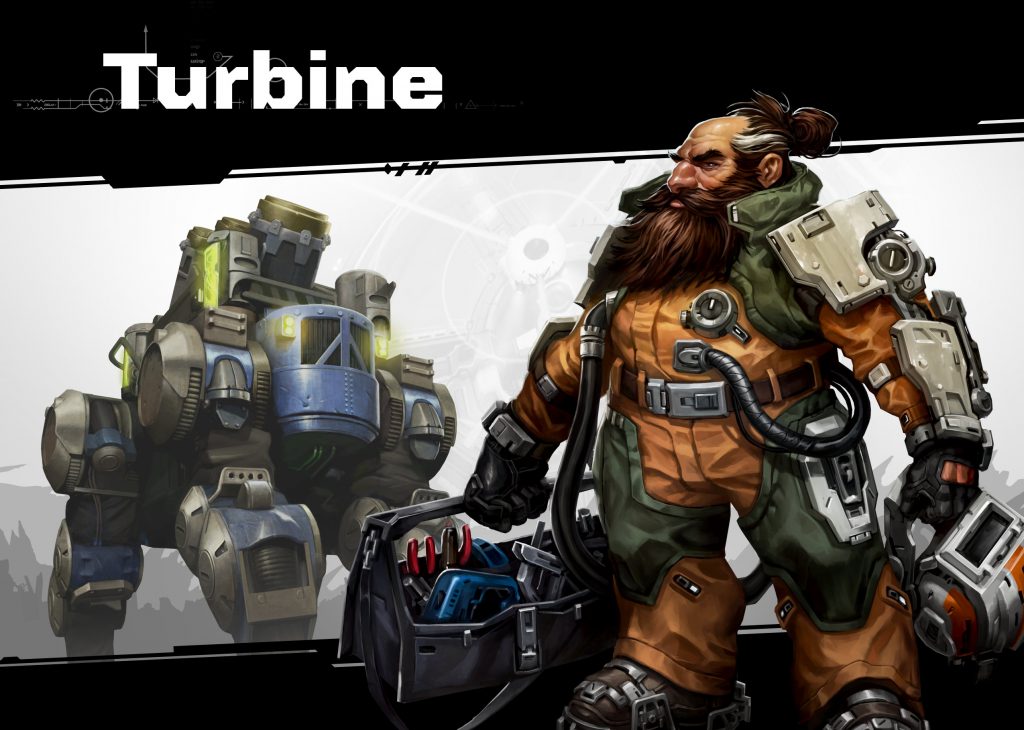 The Mechanic is the backbone support of any squad, increasing the survivability of their allies and boosting combat abilities. 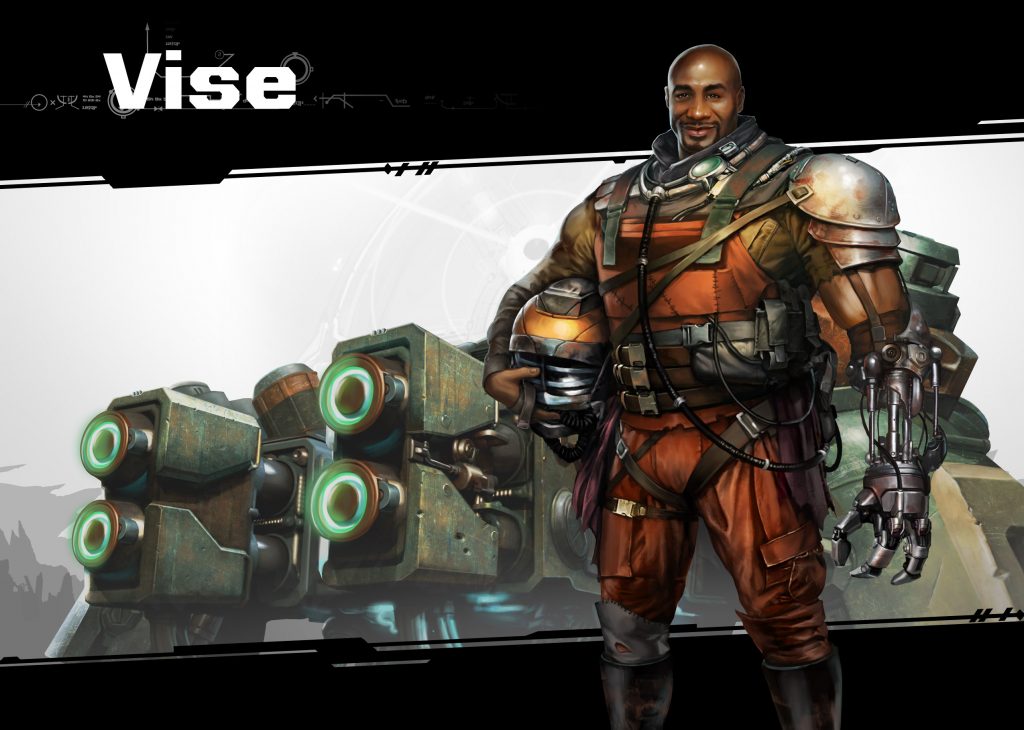 The undisputed king of melee combat, the tank specialises in disrupting an opponent’s plans, crashing into enemy lines and shaking off massive damage.

Tactics are essential to winning in Dropzone. My favourite is levelling up my rigs and then ambushing the opposition at the coredrop. This tends to work best early on as the opponent is usually focused on getting as many cores as they can carry.

If you’re behind on cores and going head to head with another player isn’t your style, there are alternative methods to beating the opponent. There are several “secondary Objectives” that award the player with “points”. The player needs to get the first kill in the game, kill a certain number bosses or take certain points on the map to complete these challenges, but it’s a great way to turn the tide on a losing battle.

So far Dropzone has been nothing other than impressive and its keyboard controls are no exception. They are typical of good RTS games for the most part but they go beyond that grouping certain keys in the same area to which makes it easy for gamers with fast reflexes to dominate the field. Controlling the rigs is very easy, the first elected tank goes to the 1 key, the second to key 2 and the third is key 3. Key 4 selects all three making it easy to move them all at once. When a tank is selected, their individual attacks and abilities can be used by pressing the Q, W, E and R. Check out the full keyboard map below: 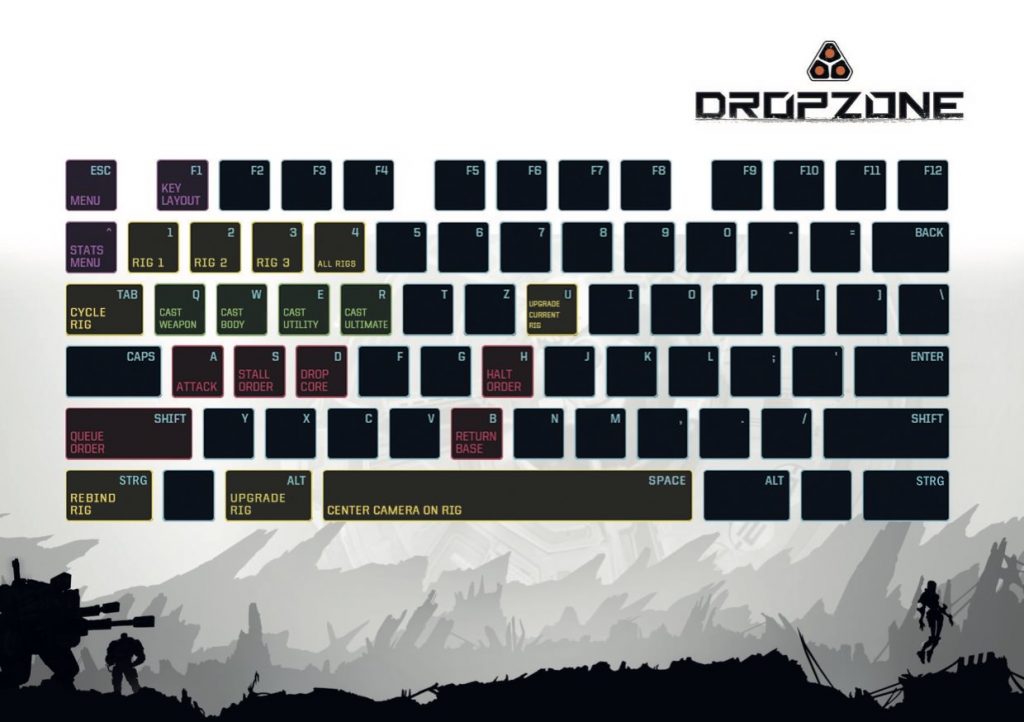 Dropzone comes packed with exciting, challenging matches and reduced real-time strategy and MOBA elements in the game. It’s an interesting mix but works quite well. There is a long learning curve as well as tactical depth so hardcore gamers will have a lot to keep them entertained. The development team said that every purchasable item can be earned, giving the game the same positive note. I highly recommend this for any fan of RTS or MOBA. Sparkypants have done well.