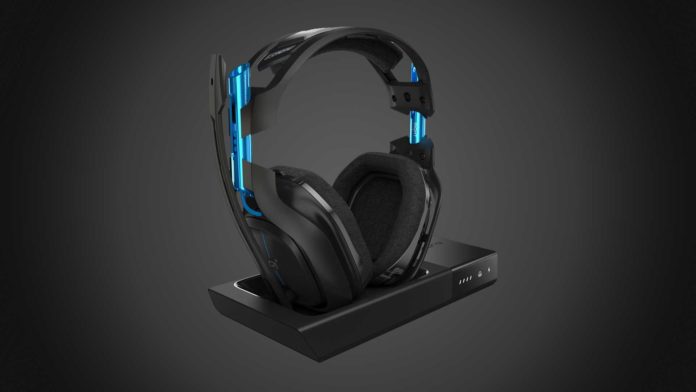 At Gamescom last year Astro had the Astro A40 on display. More importantly, they were showing new feature for the headset, mod kits. This is a completely optional addition, but it’s a prime example of how you can really make each Astro product your own. You can change backplates on the drivers, have custom ones made to match your team logos, or pick from the selection available on the Astro site. The Mod Kit goes one further, however, adding a new microphone, head support, ear pads and back plates, giving you a very different look for your headset of choice.

Equipped with the Mix Amp Pro, the Astro A40 TR comes with a vast amount of cool features. You can customise every input every output, the EQ, tweak streaming audio to suit your needs and your audience’s needs, and best of all, you can link multiple Astro headsets for high-quality team chat, with zero lag!

The all-new Astro A50 Wireless Gaming Headset maintains the same wireless functionality the series is known for but now operates on the 5GHz band, reducing interference from outside sources. The headset looks largely the same but that hides some tweaks Astro has made to the audio mix and some enhancements to the unit to allow it to be modded. The biggest change is that Astro has a new base station with magnetic charging contacts which will make charging the unit that much easier (previously you had to wire it up which is not nearly as elegant). The A50 comes in two styles, one designed for Xbox/PC Gaming and the other for PlayStation/PC Gaming. Both headsets feature the same lightweight design, 7.1 surround sound and noise cancelling microphone as well as an all new base station design for charging the headset.

The most obvious improvement is the brand new base station design. This functions as the audio transmitter with both AUX and Optical ports and as a docking/charging station when not in use. The base station comes with magnetic charging contacts so all you have to do is place your headset and it begins charging right away. The A50 battery has enough juice for 15 hours of gameplay. If you’re stuck, you can always use a micro USB cable for on the fly charging.

New to the A50 is the addition of Mod Kits allowing the player to upgrade their mesh headband and ear cushions to synthetic leather ones. This helps to reduce outside noise in loud environments.