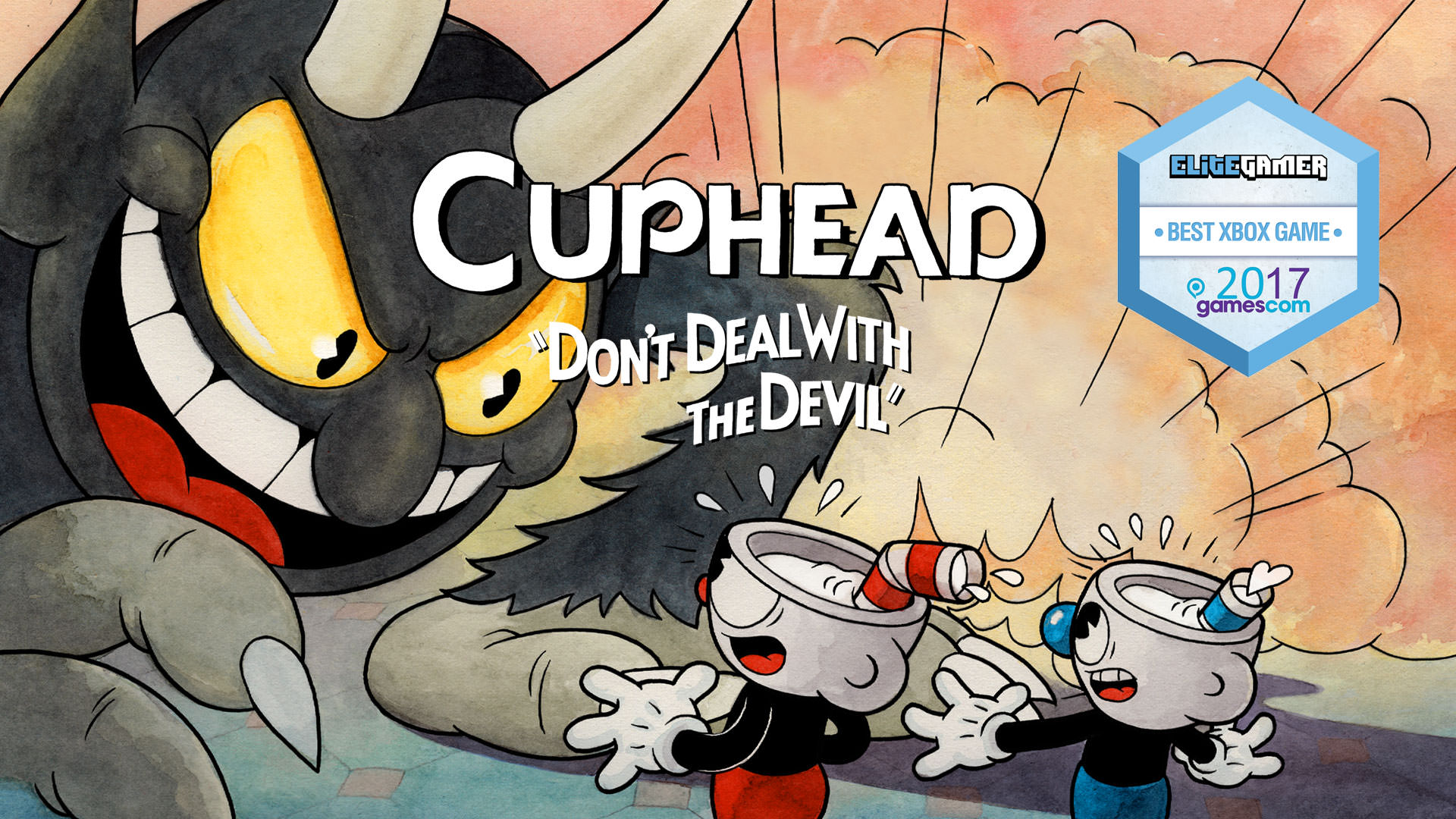 We were lucky enough to experience an extended play of stylish masochistic run’n’gunner Cuphead and met with inking artist and producer, Naja Moldenhauer at GamesCom 2017.

Moldenhauer said, “Cuphead’s gameplay is inspired by the great run’n’gun shooters of the 80s and 90s, games like Contra. One of the aspects we tried to capture was the difficulty but we also tried to modernise the genre to make it more appealing to gamers of today.”

The art of Cuphead is every bit as breathtaking in play as during the countless videos we’ve been salivating over for the last few years. The hand-drawn sprites are superbly animated, smooth but not overly so as to fit the 1930s aesthetic. The backgrounds are also handmade and transfer to screen beautifully.

The effects used to degrade the image to match the quality of cartoons of the era are very impressive. The chromatic aberration, the film grain and rot along with a faint judder to proceedings capture the familiar visual quality perfectly. Cuphead is a visual masterpiece.

The gameplay itself is fair but punishing. We had four hit points for our run in the press box and had a choice of a platforming level and standard gunner. The platforming is the harder of the two – the jumping is sometimes twitchier than I would like leading to needless deaths. We used two weapons, one a standard auto-fire, one a spread-shot with limited range. Holding RB locks a player in place for more precise multi-directional shooting.

‘Parrying’ is a double-jump move that can be used to revive a friend or traverse trickier platform areas. In the heat of battle, it’s risky to parry despite an apparent brief no-hit period during the ‘parry’ roll.

During our second playthrough, EliteGamer Final Boss Daire Hardesty and I attempted the ‘circus’ area in co-op. It schooled us mercilessly. Each level we tried teaching us that our skills were rusty. The ‘Parry’ feature adds a nice risk-vs-reward-vs-getting-fired mechanic in co-op play.

Our playthroughs of Cuphead had plenty of variety in its enemies, kill-methods, sub-bosses, progress mechanics – and we only played 50-60 minutes altogether. The selection of bosses and set-pieces is laudable but every bit of the journey is special.