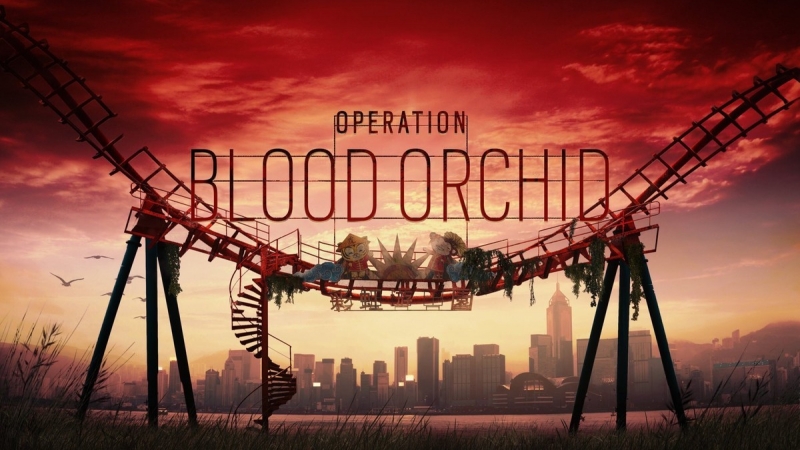 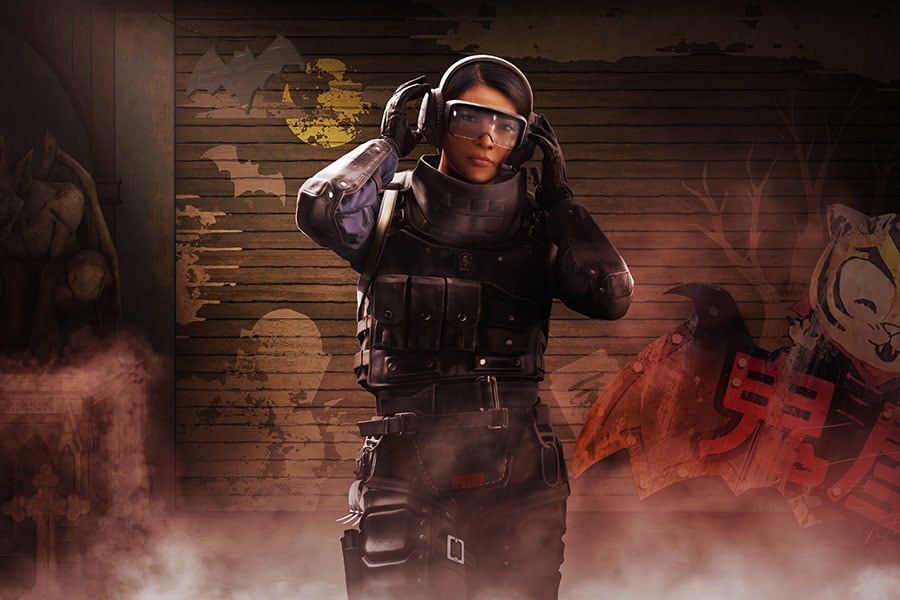 Operation Health ends with the upcoming release of Blood Orchid for R6: Siege. No longer will players get to sarcastically guffaw when they die behind impenetrable cover or watch a flash bounce back from under a door. These things will still happen, I am sure, but the joke will be dead and that’s good enough for me.

As an active player on three platforms, complaints over the hit boxes, tick rate, ping abuse and TKs are only bested by map fatigue. With no new maps since Coastline last January, the community is begging for a new one. Theme Park is a bit like Favela and Coastline mixed with Skyscraper – with many paths, overlooks and little chance of reinforcing an entire room, I never felt remotely safe on the way in or out. The Devs also knew the maps so had over ten kills each in our playthrough, the scumbags.

There is a huge open area with rusty trains providing cover and this serves as courtyard for defenders to ambush or attackers to check their continence on the way through. The map itself is as unsettling as a disused Theme Park should be with a ghost train and haunted house, plenty of murals of Siege operators to spook you and a dusty darkness that hampers visibility until you adjust your gamma.

By now, you have seen the three operators and what they do. I used all but Ela at GamesCom – the two Hong Kong ops are two-speeders so no CoD-play.

Lesion’s Gu mines are easy enough to spot and not overly distracting – so they might be best used later in the round when panic is more prevalent. They slow an op down and blur up the victim’s view while taking 30-40 damage. Gu could be used on exit ambushes very effectively in Hostage mode. It is possible to remove the barb but your gun is unavailable during this period. Kapkan traps and Frost’s Welcome Mats are still a better proposition in general, I feel.

The internet likes Ying and it may need to cool off. The ‘flashbang fuze’ is versatile with a timer and alternate delivery modes but it needs support or good intel to be effective. Flash mechanics in Siege are awful so it is possible that flashing team-mates will be very common though I managed not to. Her weapons are tasty stuff however – a good trade-off for the sometimes questionably useful gadget.

At this point lighting statements may as well be copypasta – most updates promise better lighting. Specifically when referring to looking inside from outside and vice-versa. Ubi always claimed to want to strike a balance between realism and blinding defenders constantly, always leaning towards the latter.

They claimed this was to stop peakers but functioned merely to simulate taking off Riddick’s glasses in sunlight and being an easy target for attackers. Ubi now claim the bloom incidents are gone and ‘exposure is reduced’. The outside world will be a little darker.

The final update of Operation Heathcliff promises to bring “…bring significant improvements to stability, connectivity, FPS, rubberbanding, and overall performance”. These are welcome in the game but reducing the ping threshold and improving tick rate are more important than anything. Ping abuse like server holidaying is rife in the game, I am constantly punished for a low latency connection. Here’s hoping the patch delivers in this respect.

Being killed while behind cover is far too common on PC Siege and coupled with the game’s legendary peakers’ advantage and high lethality, it is a recipe for frustration. The current limit seems around 300m/s. It is understandable that being inclusive of people using boxes of cereal as a router is important to the developers but I can have a sub-100 ping using my phone as a hotspot, there isn’t much excuse now.