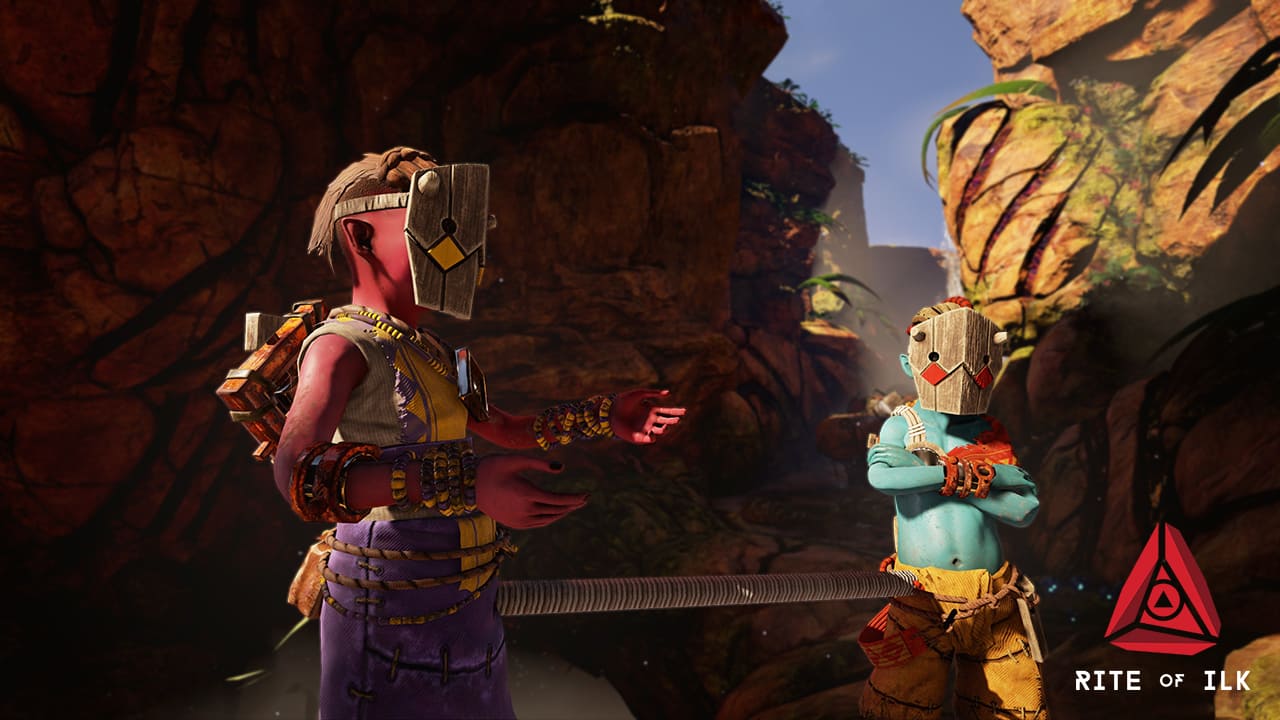 Rite of Ilk is a co-op platform puzzler that focuses on collaborative effort uber alles. The game leapt out for its meeting of clever game mechanics and technical competence. 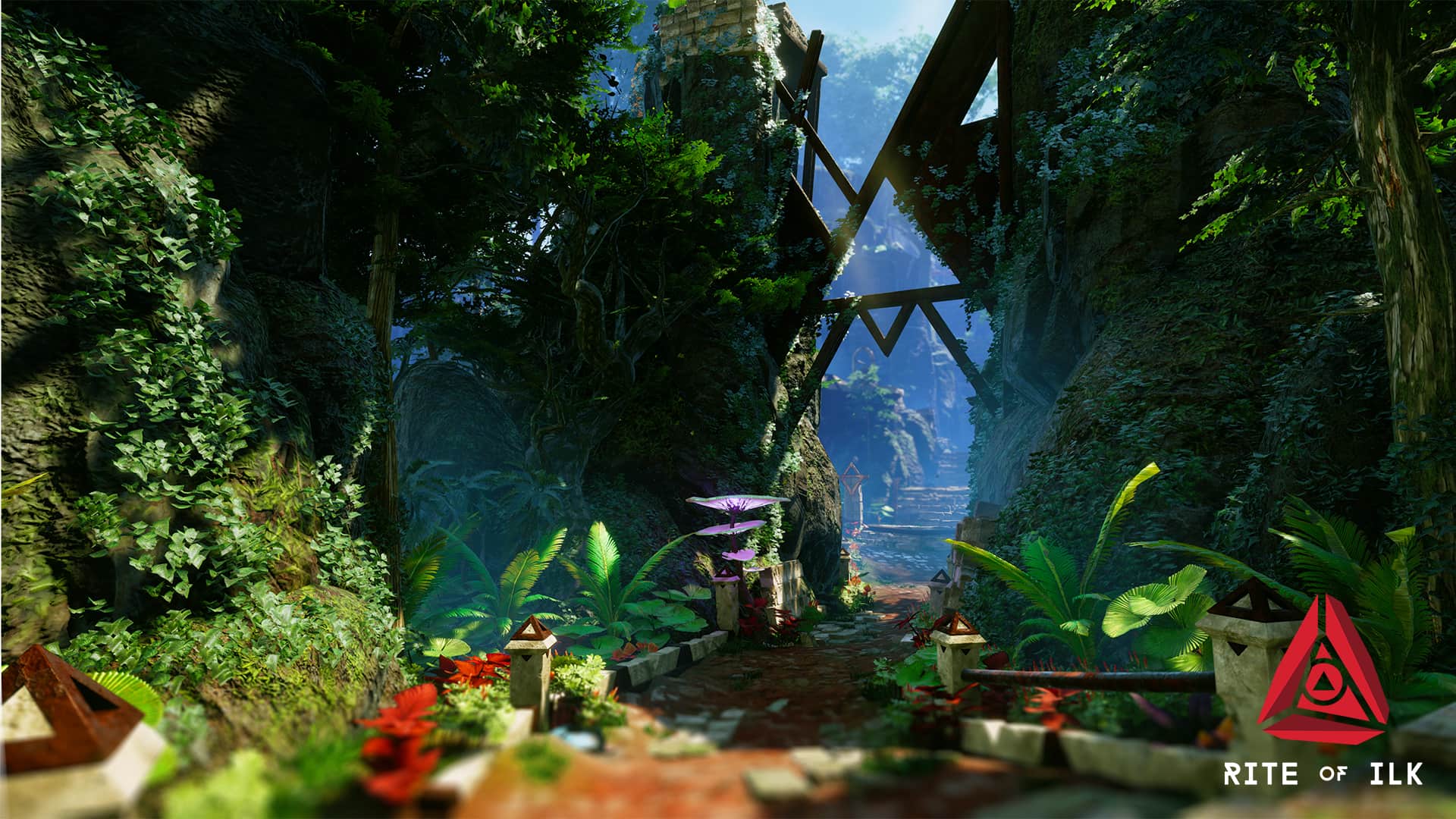 Stumbling tired and bruised around the Indie floor of a packed Saturday wasn’t easy. Nor was picking a winner in the most competitive category of our awards at Gamescom. Rite of Ilk is the visually arresting and gentle story of two children bound together to save their tribe from extinction. 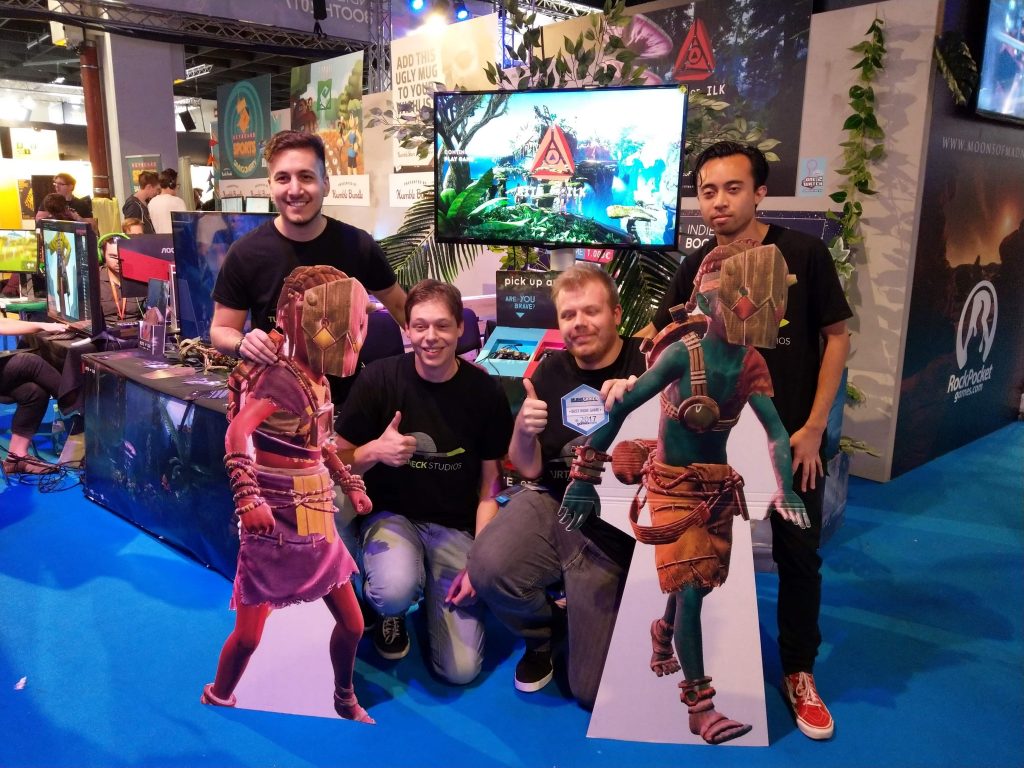 The Unreal engine is used wonderfully. It’s hard to believe that four men aged 27 and under can milk the engine in this way. The lighting effects, water effects and the foliage combine with the art-style to give the game a AAA look with an indie heart.

The two protagonists Mokh and Tarh are on a 10 metre tether usually and in this couch co-op, players must exploit the rope, their wits and their platforming ability to make their way home. The puzzles are well-thought out physics-based affairs that require teamwork, constant cooperation and a very  deliberate approach. The tether stretches to 25 metres at time during certain puzzles to lend some flexibility to the mechanic. Pun intended. 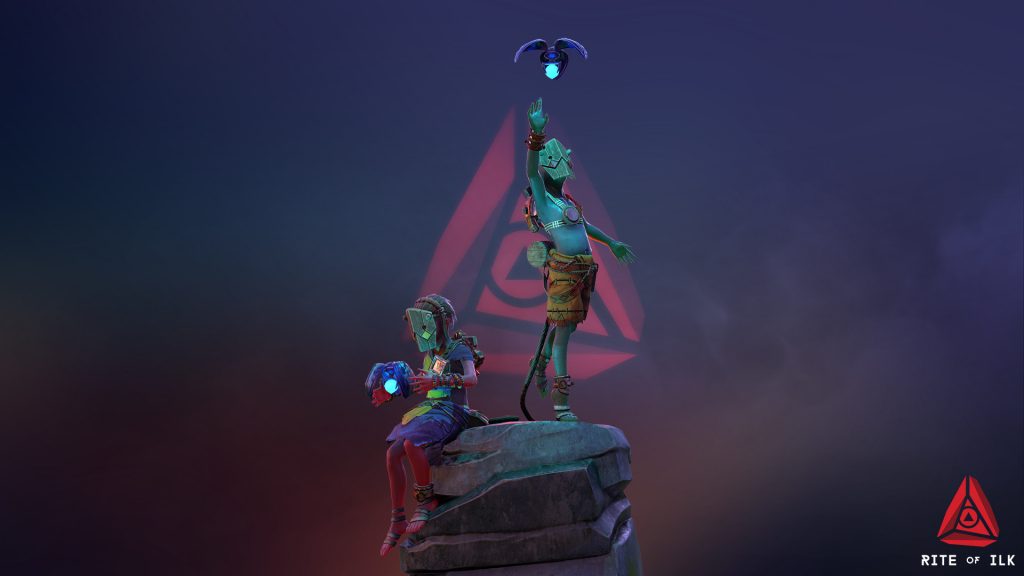 Rite of Ilk feels like a Fumito Ueda game with its minimal instruction, attention to environment and teasing puzzles. There is a variety of overgrown and abandoned areas for the pair to puzzle through. Each one is grand and filled with falls and other hazards that remind us that Mokh and Tarh are just kids on treacherous journey. 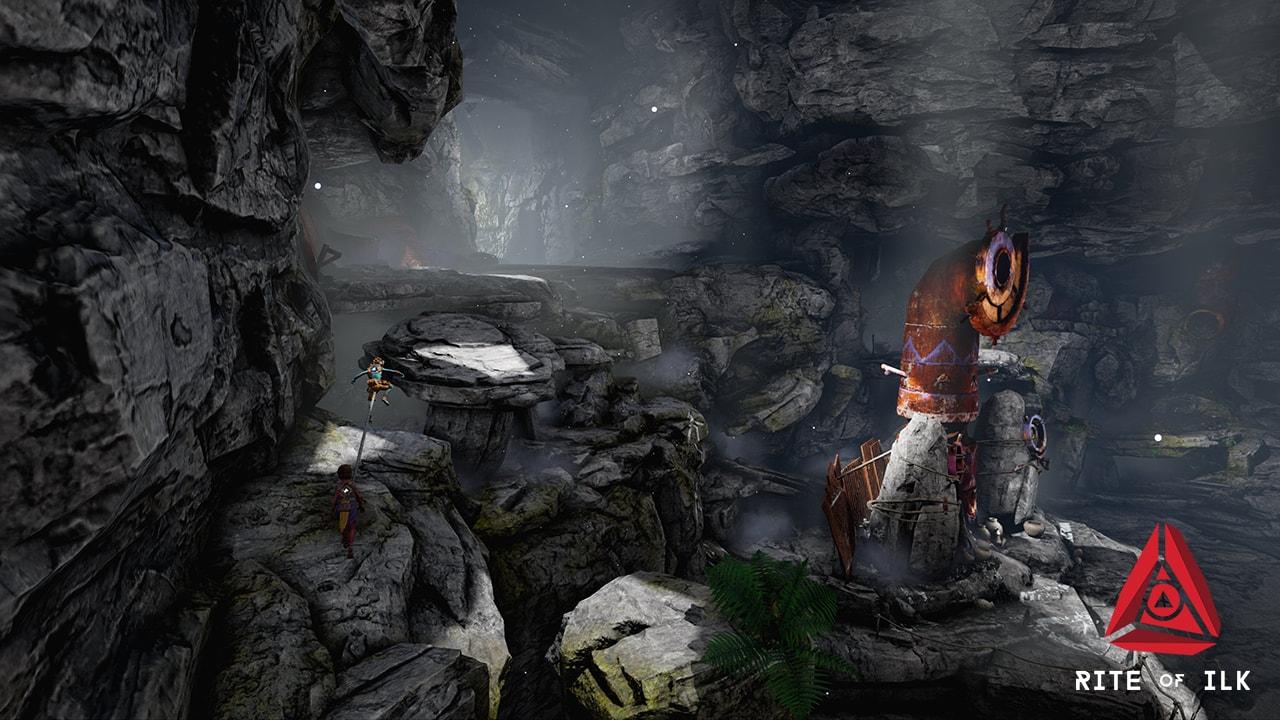 Rite of Ilk’s sparse narrative and focus on the ‘rite’ in question lends an air of mystery to the game. The relationship between the largely mute protagonists is a nice vessel for friendship in real-life while the frustrating puzzles will test those friendships at the same time. The rope is the bond tying you together and this game tests it. A lovely metaphor; I look forward to crying during this one.

Rite of Ilk has no release date yet but it plans Steam, Xbox One, PS4 and Switch versions