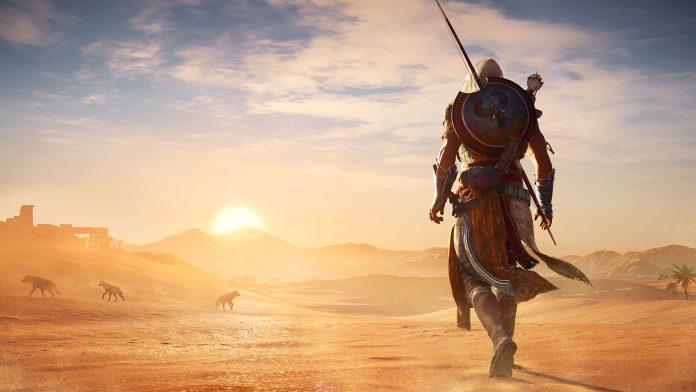 Ubisoft has announced details for the Assassins Creed Origins post-launch content which includes the season pass and the free add-on content to all players. The new content will include several hours of new storyline expansions & quests, timed events and customisation items.

The Season Pass for Assassins Creed Origins include:

The season pass will be included in the gold edition of aSSASSINS creed Origins. But, you can also purchase it separately if you prefer.

Also included is a bunch of free content filled with new challenges and gameplay opportunities. It will be available to all players both at launch and post-launch. The free content includes:

The Trials of the Gods: Epic boss battles against Egyptian gods that take place during special timed events – victorious players will receive prestigious rewards. The first Trial of the Gods event will be available 15 days after the launch of the game.
The Nomad’s Bazaar: A wandering merchant gives players daily quests to complete in order to earn mysterious exotic rewards. Available at the launch of the game.
Photo Mode: Players will be able to capture and share the beauty of the Egyptian landscape and indulge their inner wildlife photographer while discovering in-game pictures taken by other players. Available at the launch of the game.
Horde Mode: Players will fight endless waves of enemies in the Gladiator Arena. They will be able to compare their scores with their friends and challenge them asynchronously. Available in early 2018.
Discovery Tour: This new educational mode turns the world of Assassin’s Creed Origins into a combat-free living museum and will give everyone the opportunity to learn more about Ancient Egypt through guided tours curated by historians and Egyptologists. Available early 2018.

Assassins Creed Origins launches on the 27th of October 2017 and will be available on Xbox One, PS4, and PC.

Read our hands-on preview of Assassins Creed Origins for Gamescom 2017.