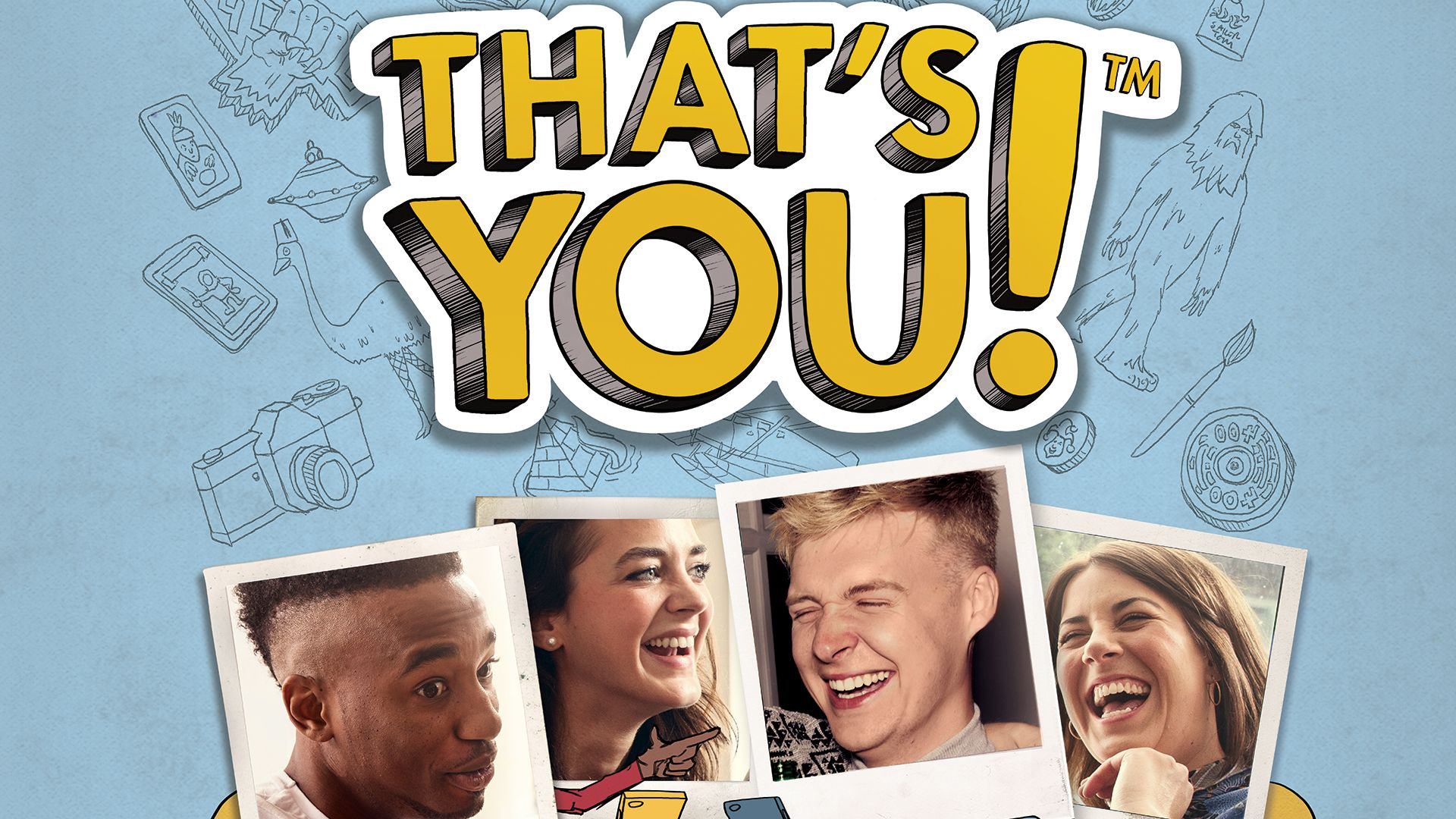 We reviewed three titles. Hidden Agenda, a detective story ripped straight from the Supermassive book of head-wrecking consequences. Knowledge is Power, a paean to the coming data-fuelled apocalypse and party quiz game. And That’s You, a game centred around knowing what your friends would do in certain awkward situations, like being forced to play That’s You.

That’s You! is basically Mr. & Mrs. in your own home with friends. To add to the premise, throw in some less TV-friendly questions, some drawing and a few gurning contests. That’s You! is very much what Playlink was invented for – simple with a healthy amount of crowd interaction.

Other PlayLink titles may be fresher or more original but none will suck a crowd in like this, albeit only for a little while at a time

That’s What You Do!

A game of That’s You! starts by adding phones, taking some selfies and picking a name. It’s as easy to start as any PlayLink title and won’t alienate non-gamers. The same can be said of the game’s rounds.

Generally, the game asks the players a specific question about one player leaving everyone to decide which action the object player would take. Questions range from the everyday “what would they do if confronted by an armed robber” to “if they found a bag of sweet’n’dank” – so there is a variety of raucousness amongst the standard rounds. Players can disable the rawer stuff so they don’t have to scar their children or elderly parents for life.

Looking like a bit of a spa in front of people is good way to build friendships. Who knew?

The drawing mini-game can be fiddly. Players are asked to draw or draw over something to demonstrate what X would bring on holiday or what Y is worried her parents will find in her room. They are given a simplified MS Paint to quickly draw yet another reference to weed or a fat stack of young Burt Reynolds posters.

The problem is that some people’s phones don’t play nice with the app and their scant drawing talent is wasted. Even mid-range handsets can stumble in this mini-game. Thankfully, it’s judged by player vote so pity or guilt-tripping your wealthier friends by moaning about the price of flagships will still work.

The other diversion is pulling a face to the camera. As silly as that sounds, any effort at gurning or posing will be appreciated by the children/tipsy adults who will play this game. Looking like a bit of a spa in front of people is good way to build friendships. Who knew?

The aforementioned sluggish, imprecise drawing is not the only peripheral problem. A round of That’s You! will drain anywhere from 12-25% of your phone’s battery. Running back-to-back games because your girlfriend is questioning whether or not you love her after a bad round is a serious workout for your device.

Other PlayLink titles use about as much juice as one would expect to a point where I have taken no note whatsoever of battery consumption in other games.

Not Close to an Entire Evening

Something like Hidden Agenda will lose some of its players’ attention during its 90-minute runtime. But for those who stick it out, it’s a significant communal experience. Something like That’s You! is best enjoyed one or two rounds at a time, it doesn’t possess enough variety in its minigames to keep a party going beyond 30-45 minutes.

The questions and challenges have a huge range of topics to answer, draw or gurn through and this certainly helps the long-term replayability. But it won’t encourage lengthy sessions. For 20 quid, 30-45 minutes tops per party seems a little steep.

Vegetating in front of something with your friends is something that the vast majority of people enjoy. That’s You! is designed from the ground up to take advantage of this fact. While it may sound like I am ragging all over ‘dumb fun’ like a pseudo-intellectual d**khead, I actually love disengaging the brain and really enjoyed the easy going yet rapid-fire fun of That’s You!.

Other PlayLink titles may be fresher or more original but none will suck a crowd in like this, albeit only for a little while at a time.