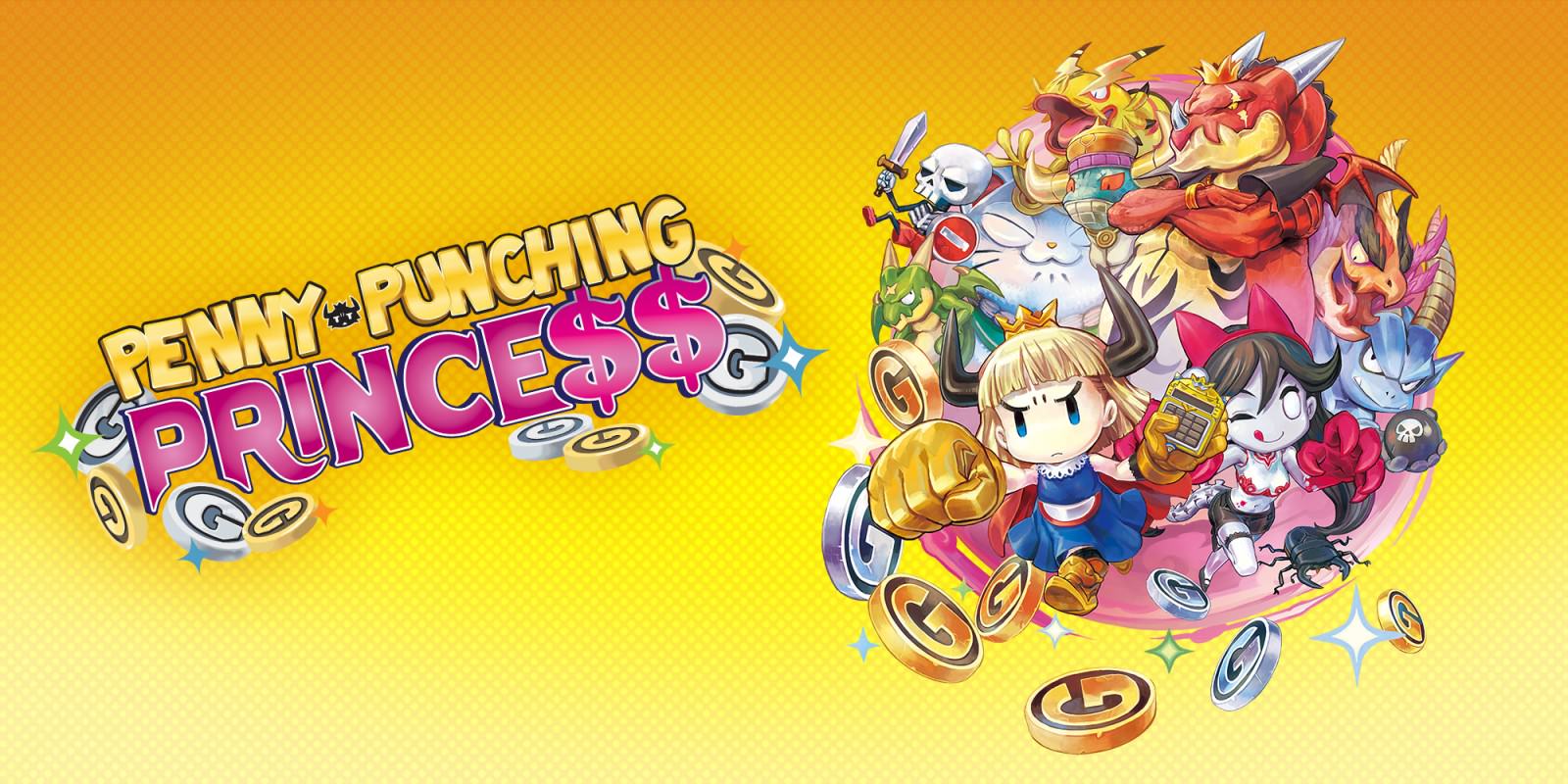 Straddling the line between CEO-em-up and dungeon-crawling ARPG, Penny Punching Princess certainly stands out on first inspection. The tale of a spoilt but industrious princess slashing and bribing her kingdom’s economy back to life is cute and quite funny.

Having reviewed The Longest 5 Minutes just a few months ago, I was a little out of practise for the more action-oriented and punishingly difficult Penny Punching Princess. TL5M is so easy that it eventually undermines the experience whereas PPP is almost the exact opposite. Its difficulty causes some issues that players will have to learn to work around and unfortunately, grinding is a common solution.

The simple ‘dodge, slash, spell’ gameplay cycle is easy to pick up. The variety of attacks and defensive moves is enough to lend great depth to the combat. Combos, pushbacks, HP-sapping screen-stunners and a very tight control scheme give PPP a rhythmic quality in battle. Rolling into a crowd, unleashing a special, bribing the biggest dood and rolling away again will eventually be tattoo’d onto your muscle memory. Like Hadoukens or the opening riff to Smoke on the Water, it becomes automatic.

The calculator mechanic and reliance on cash is implemented well in Penny Punching Princess, mostly. It’s a lot fun to save up for a sub-boss and watch him take out half of another sub-boss’s HP in one fell swoop. Having HP-restoring ‘Life Men’ tear through the crowd with wallets agape is a quite a relief. 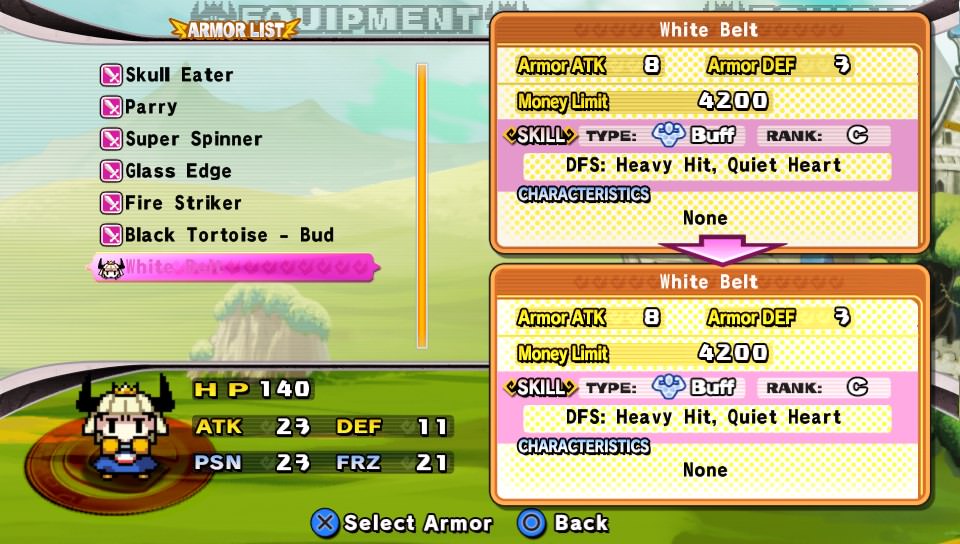 Balancing the books is a tough challenge. Players will need to bribe in-battle as well as out in order to unlock certain armour, upgrades and skill-point-bearing statues that players can produce once they have certain ‘citizens’. The roundness of the cash system and how much it affects everything is commendable as is the game’s balance in this respect. A player will never sit on piles of cash for long, Penny Punching Princess scales its economy effectively and doesn’t let its defining mechanic lose its importance. The money is hard-earned but plenty of cash is on offer for optional battles and astute exploration.

The ‘citizens’ end up being numbers on a bingo card; boxes being ticked rather than having any real value. Deep Stuff… Probably.

Post-Fordism? In My Video Games?

While this wouldn’t be the first game to offer greater personal choice and industrial flexibility down a decentralised but no-less refined and efficient  RPG-progress chain. The balance of what a player needs vs. how they would like to play the game is off – there are very few ways to beat area bosses. Get buff AF and get the appropriate armour being the answer more often than not.

Despite the depth of mechanics, PPP becomes tired and repetitive. Replaying the same dungeons, even a few times, makes the game a chore. The rich variety in enemy types, attack patterns and environmental hazards is sullied by the grinding, The game has some amazing battles and visuals but you will see them all too many times.

Suffering Though a Recession

The idea of building an army of mercenaries to support your campaign is not conveyed well – there is a disconnect between the player’s army and the actual gameplay. The ‘citizens’ end up being numbers on a bingo card; boxes being ticked off rather than having any real value. Deep stuff… probably.

During bribery sessions, enemies turn blue and become hard to differentiate when you enter a sum to bribe with. A player may well be looking for a ‘Life Man’ to bring a few HP back but can end up bribing some other useless gimp instead.

There isn’t really a pause or a slowdown when the calculator is on-screen so you end up in a Benny Hill-style chase around the often tiny fighting arenas. Tapping the digits with your right hand while dodging and stretching the crowd out to have any chance at picking the correct rube to bribe with your left. This becomes much worse later in the game as there are often dozens of enemies to deal with; getting a bribe in without taking massive damage becomes impossible.

A true challenge in gaming in rare these days. So rare that just about anything abnormally exacting that is performed at a computer or console is compared to Dark Souls. Penny Punching Princess is definitely difficult but the abundance of grinding and wasted time make said difficulty a problem rather than a selling point.

The fourth or fifth dungeon will likely be the first time a player will die from being outmatched rather than being awful. There is no real way of discerning this fact. A player will try the dungeon a half-dozen times before realising that grinding through previous levels to improve citizen count in order to obtain statues and armour is the only way forward.

Slightly after this, a player will hit another wall. They may hoover up all the collectables in earlier levels and grind until they realise they need to strip their skill points and reassign them to battle the second area boss. This harsh learning curve is exacerbated by the dungeon lengths. Players might spend 30 minutes on their way to a dungeon finale only to get a sense of the boss and die. Then repeat until they know what they need, grind until they get it.

Penny Punching Princess is a tough slog at the best of times. The satisfaction of finally getting the measure of a boss fight is grand indeed but the amount of grinding and trial’n’error involved will put many players off. For those blessed with patience and fascinated by the premise, PPP is certainly not without its charms and redeeming features.

Penny Punching Princess is a well drawn game; its sprites and effects are dazzling. While it lacks much environmental intrigue and has samey dungeon types, the combat and enemies are engaging enough to struggle through to the next boss battle or scene change.