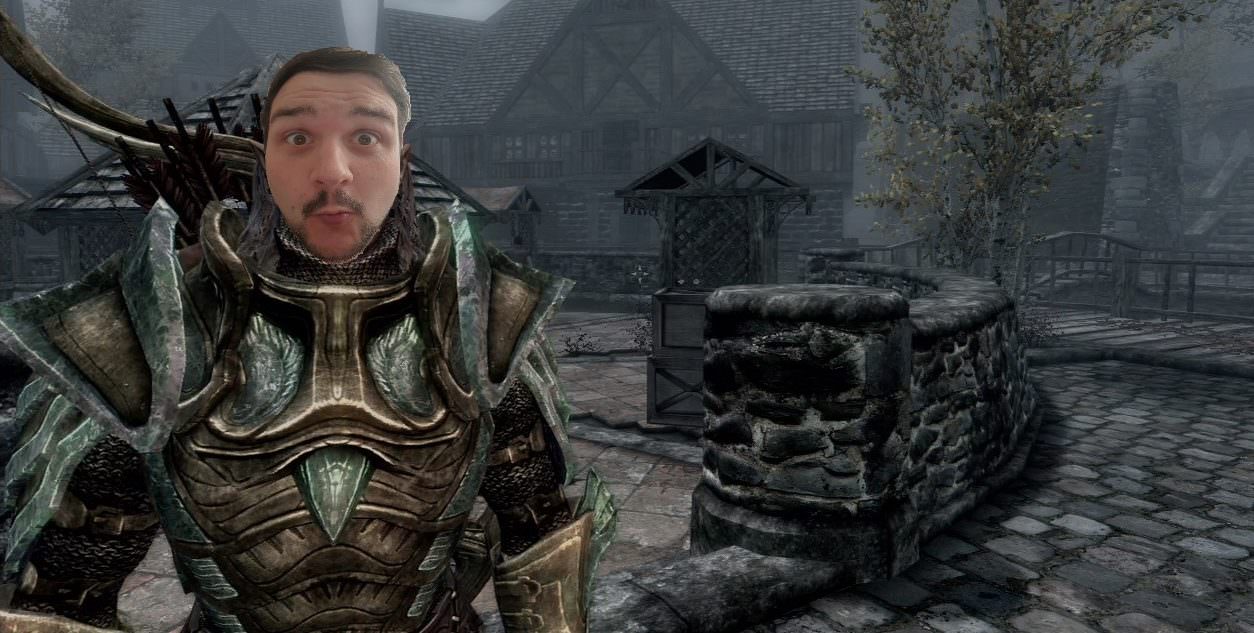 From the epic storylines down to the buying/selling/stealing/looting, this is a series close to my heart and in my eyes, can do no wrong. This writer has never become so engrossed in a fictional world before or since so it’s fitting that we begin our series here. After all, The Elder Scrolls is a love affair I could never keep to myself.

This generation and last was mostly dominated by TES V: Skyrim, but my connection with The Elder Scrolls dates back to 2002, when Bethesda took a leap and released a title on consoles, TES III: Morrowind. Published by Ubisoft, Morrowind smashed down the walls of limitation on console gaming. No longer were console ARPGs heavy on the ‘A’ and light on the rest.

For a very young me, The Elder Scrolls series was just another PC fantasy going off previous entries, Arena and Daggerfall (Redguard does not count). But I was intrigued enough when this mystical fantasy title appeared on the Xbox; a technical feat given the game’s notorious system requirements on PC. From the moment I awoke, shaking on the prison ship, the high was instant; I was hooked.

This now-weathered chubby nerd remembers talking to my friends in school for hours on end about what we had discovered and where, marking off locations on our maps included with the game. I think only one of us completed the main quest in the end. And that was where Morrowind stood out from everyone else, it wasn’t about the main quest anymore. You were pushed to explore and make your own way which revolutionised the Western RPG genre and the ripples are still felt today. 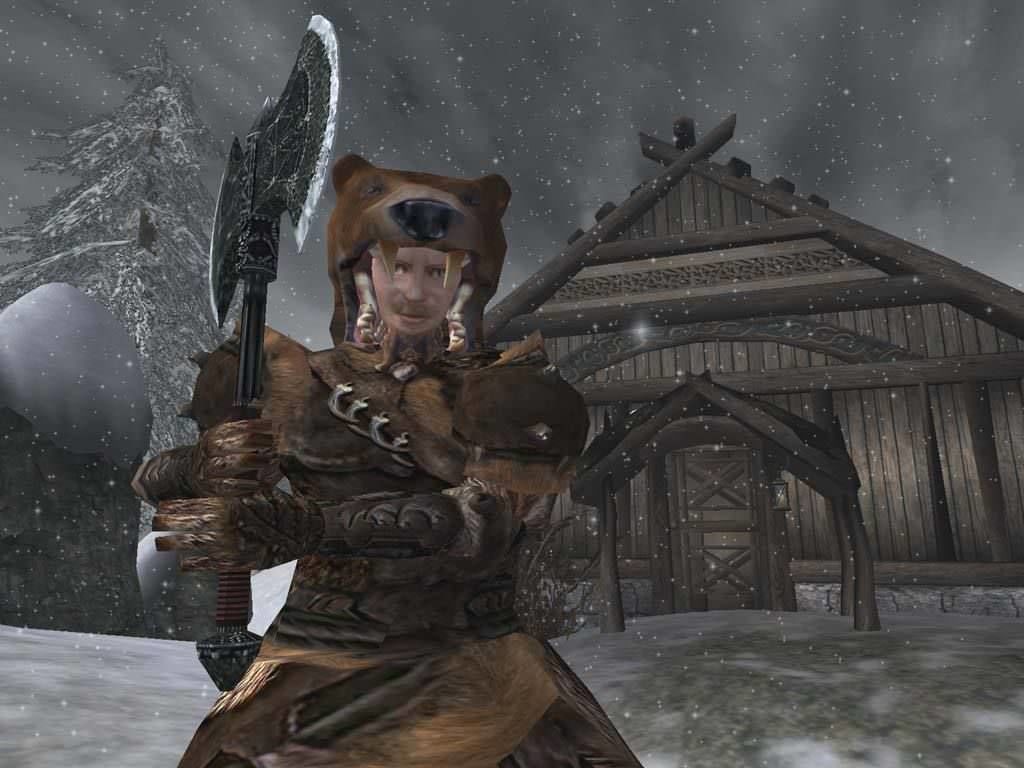 With the expansive, detailed and content-filled island of Vvardenfell in the province of Morrowind and two expansions, Bloodmoon and Tribunal, to quest around in. Its technological feats and sheer mass of content outweighed any complaints regarding bugs.

TES III: Morrowind really put Bethesda on the mainstream map, heightening their ambition and their budget. With all this heightened expectation, Betty managed to romance me all over again with acclaimed release of The Elder Scrolls IV: Oblivion.

The expansive, expensive and technically-demanding behemoth running smoothly on Microsoft’s then-flagship console, Xbox 360, was another giant leap in the development of the franchise and console RPGS in general. For the sake of preserving the wholesome nature of this nostalgia piece, we shall not mention the PS3 release.

Reminiscing about pre-ordering the PC limited-edition at my local indie store and staring at the wall until release day makes me realise how much of a problem I had and probably still have. Running out of work to go and get it whilst on shift; the carefree life of a 17 year old.

The main shift in Oblivion was to focus on its main-story more than its predecessors. Its modified Havoc engine delivered complex and largely unnecessary physics. We all remember firing an arrow at the well bucket, picking it back up and squealing with delight as the bucket bobbed and swung. The NPC A.I. was also a big selling point, more or less living their own lives in the game. This allowed players to overhear conversations to gain quests throughout the game – a very immersive mechanic. And of course; the incredible dynamic lighting.

Even at E3 2005 before release, Oblivion dominated best of show awards and earned itself GOTY like its predecessor. Bethesda packaged in the amazing expansions, Knights of the Nine and The Shivering Isles to celebrate. In fact, the expansion packs were so good that this writer plays them before the base game every time. Oblivion had sold over 3.5 million copies by the time its 5th anniversary edition came around, this flung Bethesda into the gaming stratosphere and established them as one of the most respected gaming houses in the industry.

At the Spike 2010 VGA’s, a backdrop of snowy mountains with a stage filled with cloaked figures welcomed Todd Howard on stage. After a few words, a trailer began to play. This the first time members of the public learnt of the legendary TES V: Skyrim. Where does this fanboy even begin encasing the success of this epic!?

On launch day while employed at a certain Northern game shop called Grainger Games, your’s truly ran out of work at 9am to GameStation to grab my collectors’ edition. That was a thing of beauty and possibly THE best collectors’ edition this writer has ever owned. It’s a resin statue of Alduin standing a top of a word wall, complete with a lovely leather-effect bound art book (I collect many leather-effect brown books) and some other bits and bats. It’s safe to say little work was done that day as all efforts were focused on eyeing up my collectors’ edition.

The work day also involve thu’uming our regulars every time they bought a copy of Skyrim, including break times. Even a gaming PC was built from scratch ready for all the mods that I planned to play. One sat down on the Friday and stood up on the Monday, once again blown away by the technical achievement that Skyrim was. Players’ left and right hands were now mapped to trigger buttons, a whole new menu system had been created, an easier hotkey menu had been implemented, combat felt more realistic and gone were the scary zoom-ins on NPCs. Oh, and DRAGON FIGHTS!!!!!!!!!!!

Skyrim introduced a whole new generation to the definitive open world genre and in turn was the best performing Elder Scrolls title yet! Shifting 7 million units in its 1st week alone and 23 million to date (Source: StatisticBrain) this well an truly put Bethesda on the map, especially as publishing was all done in house this time around.

This writer has owned Skyrim on every platform, and each time has spent at least 100 hours of playtime. Why? Because every playthrough is a new experience and the game grows with the player. Quests may change or circumstances may alter dependant on your completed quests, decision making and where you are on the map at any one time. Lockpicking is finally fun too. 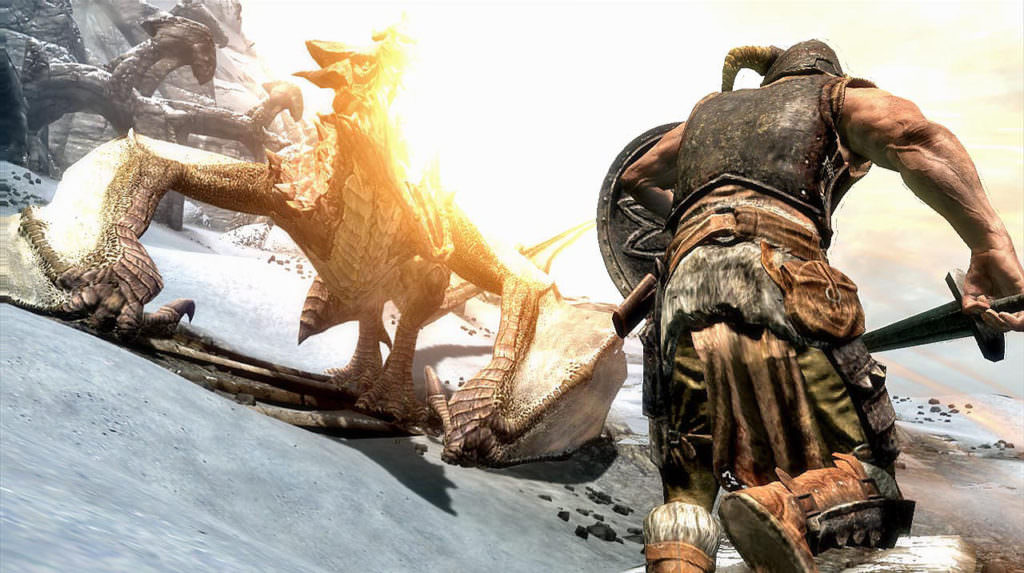 Last year saw two truly unique Skyrim experiences in Skyrim VR and Skyrim for Switch. Both are dream releases for a big Elder Scrolls fan like me. VR brings an extra sense of depth and involvement by putting players in the game. Skyrim VR amazes me by how well it works and how fluent the transition to VR was. Aiming ranged weapons was a dream with the crosshair mapped to head direction. So many magical moments were elevated through the platform. Although the resolution did let it down at times, this can be forgiven.

Skyrim Switch is personally this writer’s perfect Skyrim experience to date. Bethesda had to sacrifice a small amount of draw distance and clarity to get it up and running on Nintendo’s flagship but again, it can be forgiven. Playing this title on a portable device on the way to work or on top of a snowy mountain just makes me speechless. And with Skyrim’s save system, it turns into a brilliant pick up and play title; absolutely essential for Switch. 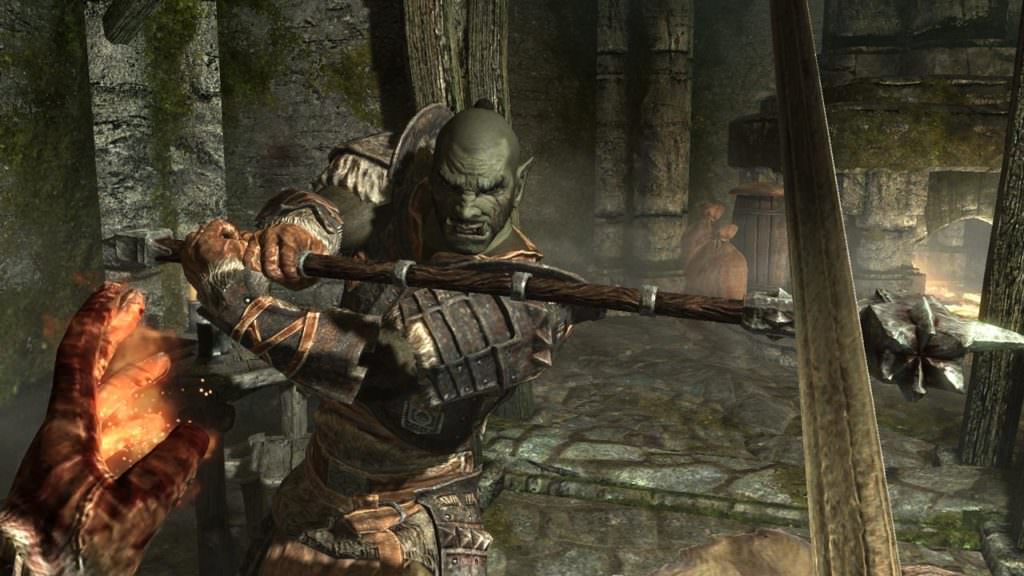 Lastly, another landmark Elder Scrolls moment was The Elder Scrolls online. An MMORPG that has stood the test of time with a new expansion coming this year. Midway through development the World of Warcraft style was abandoned for a more realistic and true Elder Scrolls style. What was produced was an amazing marriage of MMO mechanics and Elder Scrolls gameplay.

After fan feedback and a lacklustre performance in membership sales, ESO went free-to-play in June 2015 with optional micro transactions and a plus membership. The game was totally rebranded as ESO: Tamriel Unlimited. Going full circle with one’s Elder Scrolls experiences, we had the chance to once again wash up on the shores of Vvardenfell with the original TES III soundtrack and loads of Easter eggs for die-hard fans.

Looking forward into the future of the franchise, it’s anyone’s guess. I have my fingers crossed for TES VI at every Bethesda e3 conference. There have been rumblings of two new epics currently in development, maybe it’s time we visited a new area of Tamriel. Maybe we will get a direct sequel to Skyrim. Whatever it turns out to be, I’m happy to wait. 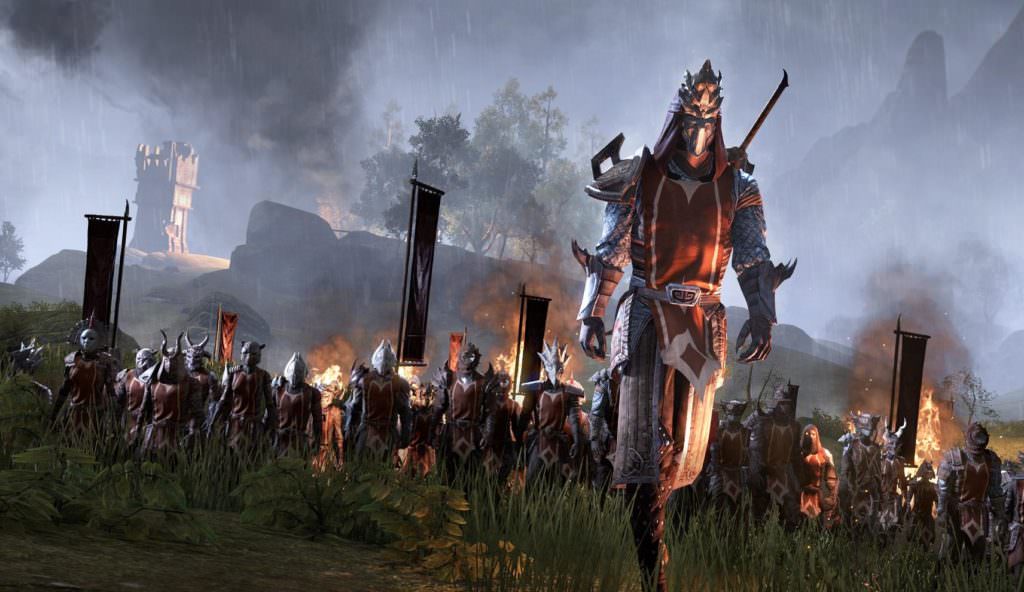 Bethesda are well and truly a developer to depend on. Maybe the tech to create their next vision isn’t affordable or out yet. Might we be looking at a next-gen release?

Hats off to Mr. Howard and his ever expanding team at Bethesda Softworks for giving us a big old pots of free-roaming magic!

I envy you for being new to it – would love to just forget everything and experience it again for the first time.

If you ever feel like more Skyrim but slightly different – try Oblivion, it has its painful quirks and some woeful voice acting and dialogue systems but the sense of wonder and the imagination is there.

This Is why Skyrim on Switch Is awesome, turning people onto Elder Scrolls that would never normally think about It. It’s my personal favourite on Switch to be honest. I can kill things In public legally now!