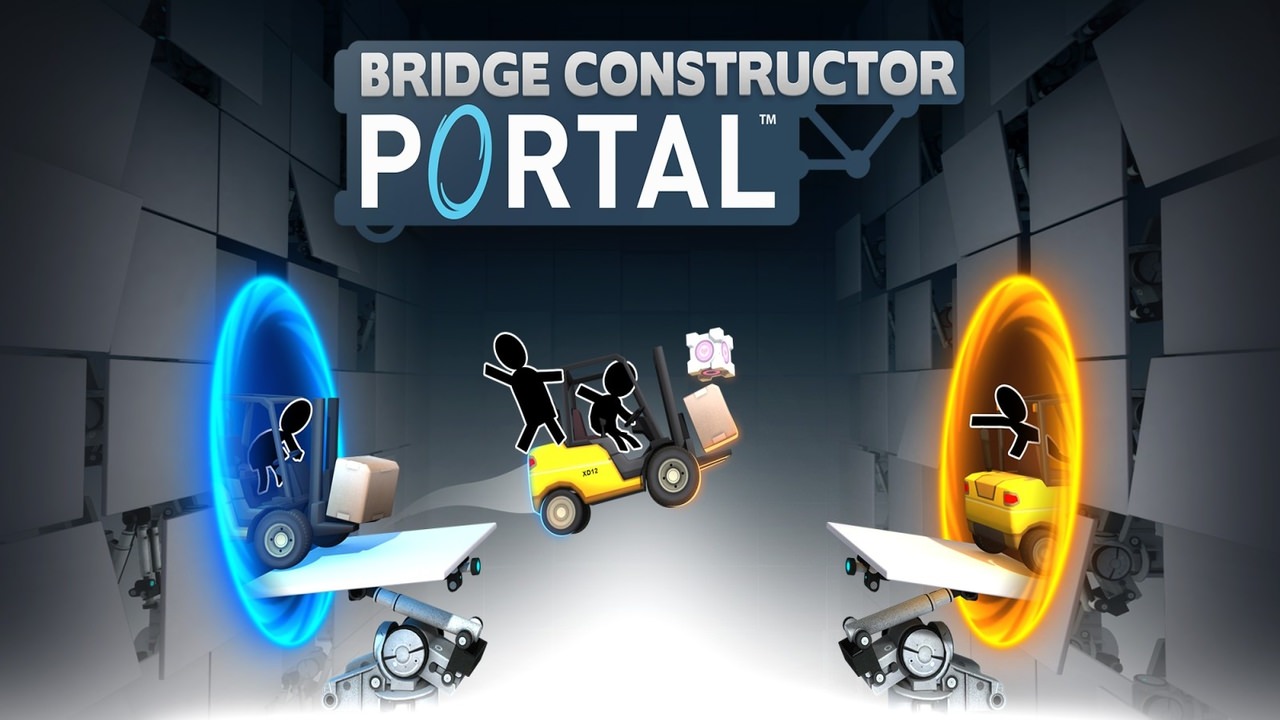 Portal is back! Well, sort of. For the first time, experience the majesty of Portal gun based puzzling conjoined with the bridge constructor genre, “Bridge Constructor Portal “. This all sounds like a complete cop-out for the licence in an attempt to calm the Portal fan base for requests for the third instalment in the mainstay franchise doesn’t it? Nope, it’s brilliant!

The game centres on an up and coming ‘bendie’ (the stick men of the Portal-verse), said bendie is going forward for an interview at Aperture Labs as the new head of construction. Straight away the dry wit of the franchise rears its familiar and welcoming face by dropping those who answer interview questions incorrectly through the floor. 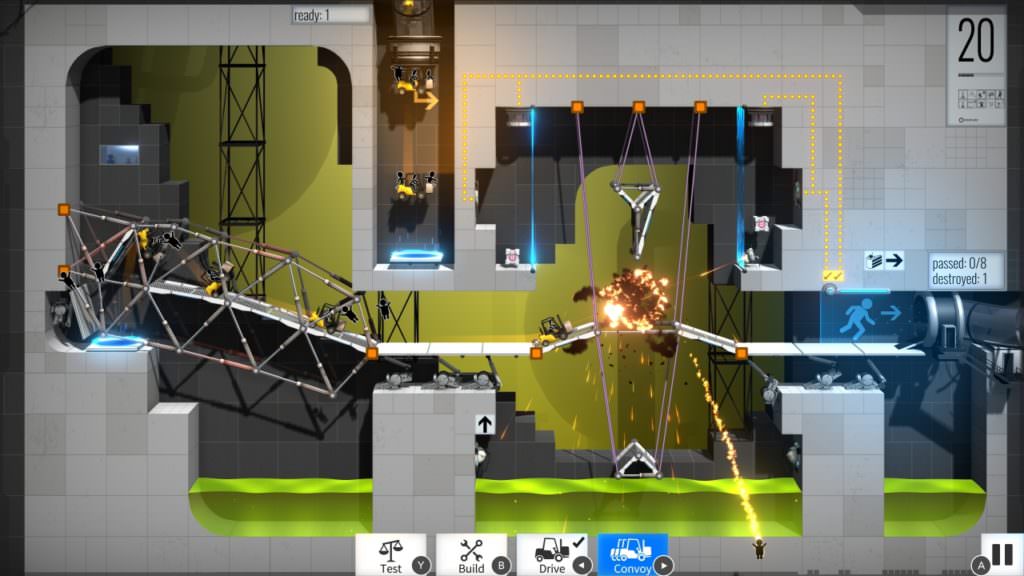 The apparent lack of faith of the corporate giants is rife within Bridge Constructor Portal, with such statements as “The Enrichment Centre regrets to inform you that this next test is impossible, make no attempt to solve it” and “We will withhold your salary in the event that you die”. Even the completion screen states the player has wasted his/her money by doing so.

GlaD to Have You Back

These amazing lines are delivered by none other than Portal‘s own “GlaDOS”, this writer doesn’t feel that another voice actor could present such quips in the same dry manner. She still hates you but is a little more helpful in this iteration, believe it or not she handles your training through the first set of levels.

So the main premise of the game is to build bridges to get bendie fork lift trucks from the entrance to the exit, however there are a long list of obstacles which are evenly distributed throughout the games 60 levels which keeps things nice and fresh. So at first we get simple things like pools of acid, Orange and Blue portals and high walls. Later on in the game we see sentry turrets, laser fields and emancipation grills placed in really shitty spots. Aperture are all passive aggressive as hell! You also have items in the level to help you which make a welcome return for Portal Fan Boys and Girls such as Cubes, Repulsion Gel and Arial faith plates.

She Blinded Me with Physics

The physics employed by this puzzler are brilliant, Bridge Construction is a very challenging business. Making sure weight is evenly distributed by using construction bars and tarp cord is always a trade off with getting where the player needs to be in the level. If you can get just one forklift to pass through the level you can progress, however, if the players’ skull swollen they can send a convoy through for extra brownie points.

The hook is invisible but barbed with satisfaction and addictive substances, making it one of this writers’ favourite puzzle games to date. There have been a couple of occasions where one was very tempted to launch his Switch across the train trying to get the right angle for a Fork lift truck to grab some air to make a ramp, this can also be a game that you sometimes need to put down then come back to. In fact, that’s the best thing to do, I got a level first time after struggling for an hour previously. 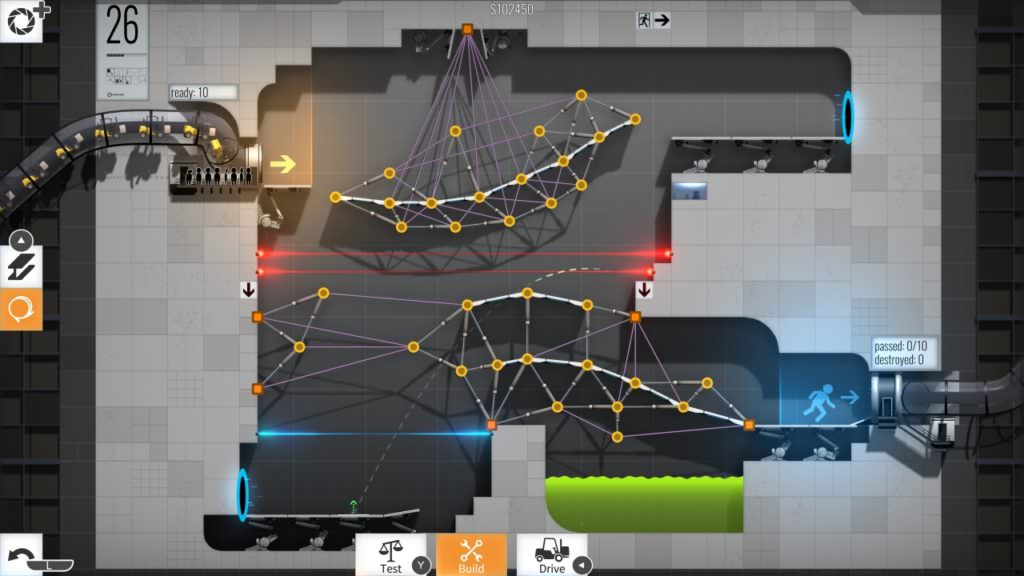 Visually, it’s a very simple looking title, and it needs to be. If there were hi-res textures all over the place it would make life really hard trying to build more complex constructions due to the lack of a zoom function. That is literally the only gripe this Portal nut has, this game is so polished! GlaDOS looks just as sexy as ever along with a solid smooth framerate both docked and in handheld. The soundtrack is a modern almost meditative chiptune soundtrack which owes itself more to a synthesizer rather than 8-bit audio. Along with Ellen McLain reprising her role of GlaDOS and a barrage of realistic sound effects, Bridge Constructor Portal also focuses our ears towards the Switch screen.

Bridge Constructor Portal is an absolute joy to play, each puzzle is well thought out and unique. The helpful and unhelpful extras in levels are evenly staggered in order to stop puzzle fatigue over.