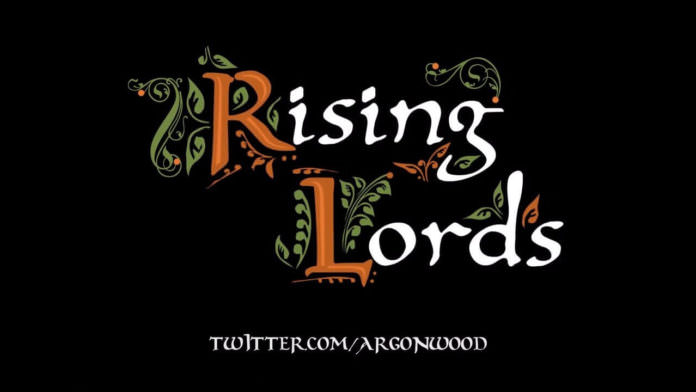 Argonwood may sound like the setting in a Tolkien novel, but this German indie game development studio is hardly stuck in a fantasy past. In fact, their recent announcement of a medieval strategy game has had very modern fans indeed excited for what’s to come with its impending release in 2019.

For those of you that have seen the trailer for the upcoming game, you may be wondering just why this game has come about. With the sheer number of strategy games currently on the market, determining which is best for each individual player could be a matter of preference but here, we’re taking a closer look at Argonwood’s upcoming release in particular. Could it’s simple but charming graphics hook you?

Fight or defend the hierarchy as Peasants and Knights are equally matched in this medieval masterpiece. 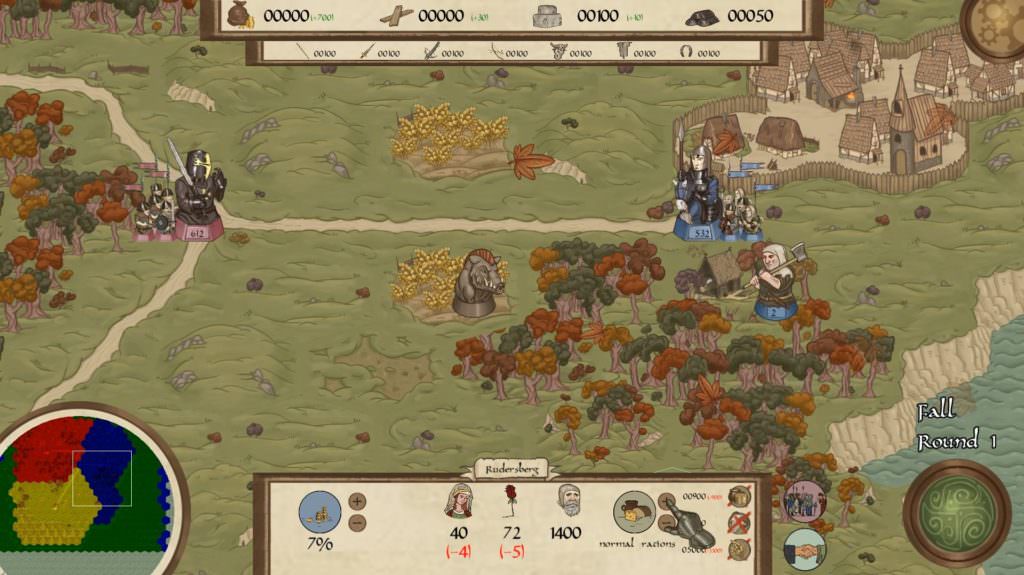 Put Your Graphics Dreams Aside

If you’re expecting magnificent and fantastical graphics in this new release, you might find yourself a little disappointed. The trailer, released on the 24th July this year, featured a glimpse into the gameplay we can expect, all set alongside a jaunty tune that will catapult you straight back into medieval life but one inescapable comment being thrown around is how simple the graphics are in comparison to other recent strategy releases.

However, while the graphics might leave something to be desired, for the most part, the detailed drawing-like caricatures and simple but effective animation gives gamers all they need to be able to enjoy this charming creation. This strategy game goes beyond the battles pictured in the trailer, with the choice to send them to battle, or let them live and prosper at home with rations, field work, taxes and of course, building cities to consider.

Don’t let the simplistic nature of the trailer and the gameplay fool you – Rising Lords is worth of sitting amongst the best strategy games, with talk of a single-player campaign that’s large enough to keep players entertained for hours. There have even been suggestions that this could be a real-time strategy game, though that is currently unconfirmed.

Ambiguous armour and sketchy swords make up the battles in this game, but with a hefty single-player campaign and multi-player potential to enjoy, you won’t be lost for stories to follow. 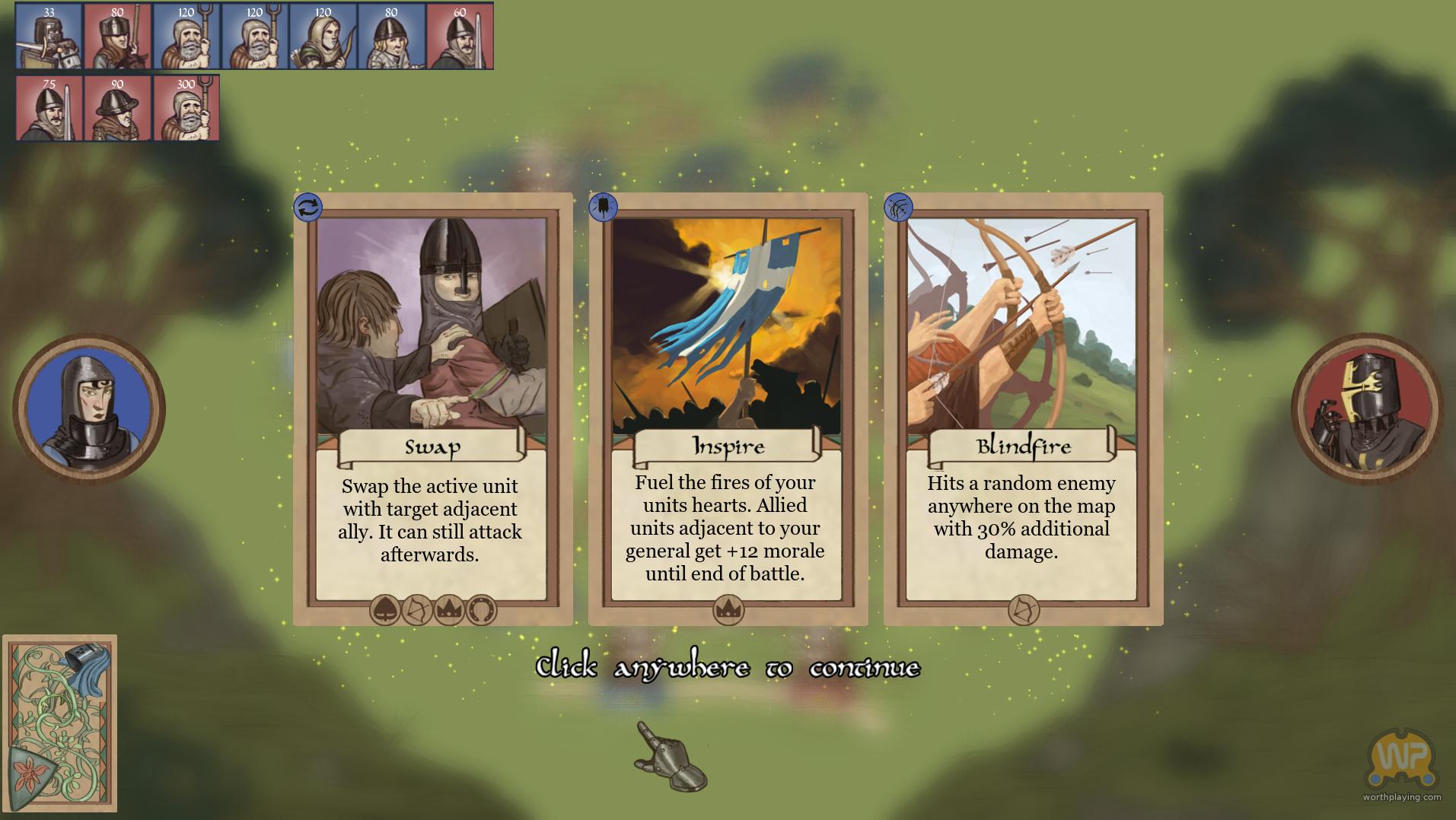 Let The Battle Of The Strategy Games… Commence!

As more and more strategy games grace the likes of app stores and online marketplaces, the gaming charts are chock full of strategy games already. Clash of Clans, Total War: Three Kingdoms and even Plants vs. Zombies have continued to be updated and proven time and time again that strategic battle games are popular but the popularity of strategy certainly doesn’t end there.

Strategy within gaming is a common practice. Board Games have long since been adapted to screen, both desktop and mobile and players of every age range still seek them out for the opportunity to test their strategy skills. Strategy is also an element familiar to those playing poker and to a lesser extent, various strategies have been employed to beat the roulette and other similar casino games. Strategy is the turning point on which many online multi-player games and first-person shooters are based on. It is definitely an element which is here to stay and developers at Argonwood have really managed to maximise on it.

This turn-based strategy, while thought to be potentially real-time, mimics the style of popular games like the aforementioned Clash of Clans while adding a feel-good medieval twist. With your typical peasants vs. knights battle, you may be wondering what’s special about this game to make it relevant in 2018 and while it can be hard to determine just what’s on offer before its release, the teased information appears to suggest a lot!

Rising Lords has a battle on its hands against leading PC games and apps, but could it prove victorious? Pick Up A Peasant… Or A Knight!

If Rising Lords sounds like your cup of tea, you’ll have to wait until 2019 to get our hands on it but you’ll be thrilled to know it’s already being listed on Steam. There’s no set release date and while we’re all aware of just how much games can change between announcement and release, it’s worth keeping an eye on to see how it all progresses.

With up to four players per game and advanced social interactions – or so they say, there’s not much information on this yet – you can customise the game to your wants, needs and deepest desires. Mind games, fortification and the customisation of cities, troops and leaders have all highlighted features this far, so you’ll be forgiven for getting excited over this brand new release. Take risks, battle your enemy and play in (potential) real time for a little taste of medieval life.

Add this game to your wishlist on Steam now and you’ll get all of the updates you need in the run-up to the release date. What are you waiting for?