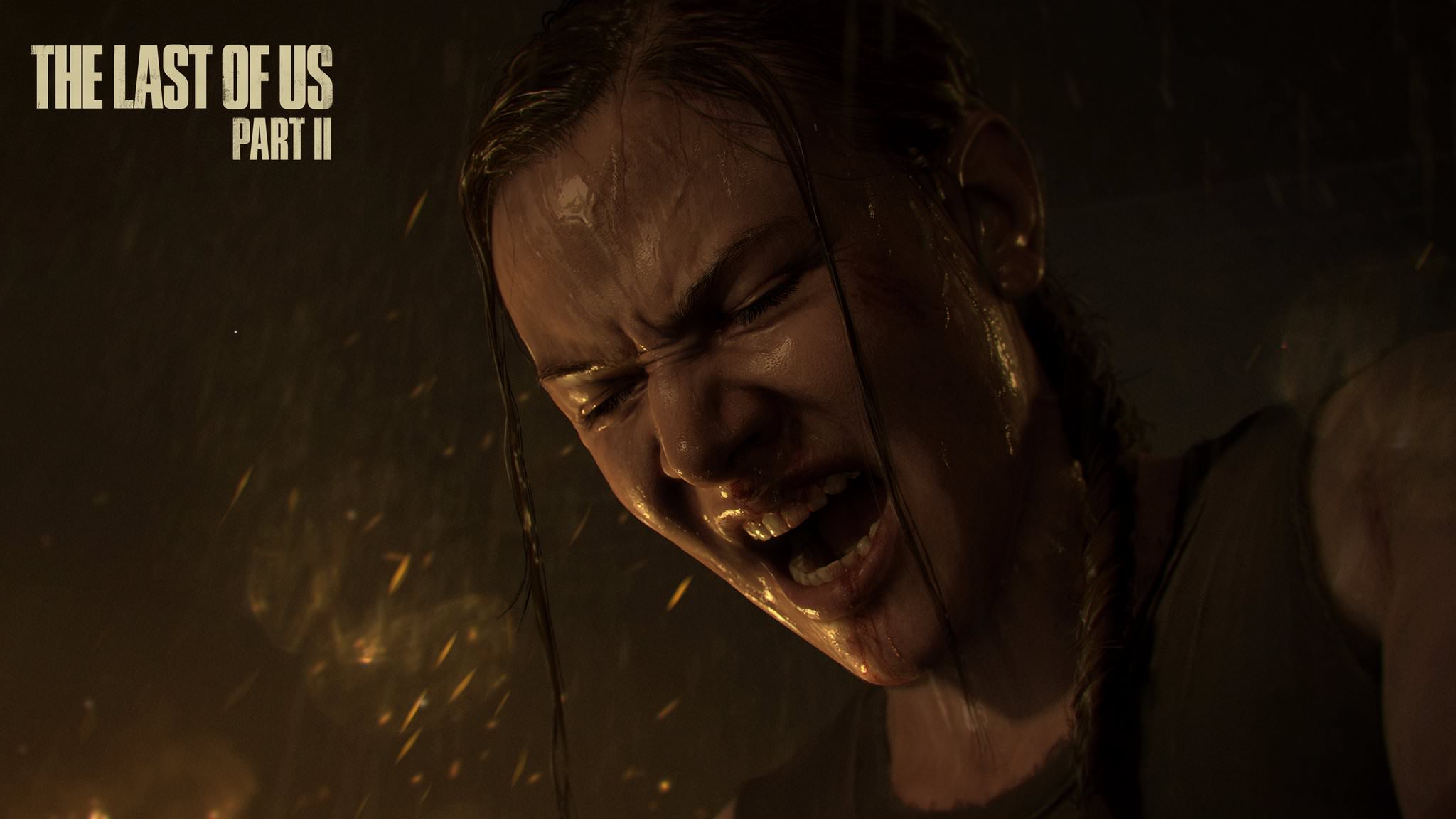 With Sony’s Paris Games week showing having wrapped up yesterday evening, we thought we’d give you the rundown on everything shown in the media showcase.

Sony had been promising to make Paris Games week the second E3 of the year and complete the circle but in all honesty, it was more of the same with all their big AAA games lacking any concrete dates.

Sony opened the showcase by revealing what Sucker Punch has been working on all these years. Set in 13th century Japan, Ghost of Tsushima tells the story on a young Samurai as he defends the people of Japan from a violent Mongol invasion. But unlike the traditional ways of the Samurai, honourable fighting won’t lead you to victory, so you must use guerrilla tactics to defeat your enemy.

Next up was another exclusive from one of Sony’s in-house studios namely, PixelOpus. This was the official reveal of their new game, Concrete Genie. In the game, your character paints on walls and whatever he paints comes to life and can interact with its surroundings. The official description of the game says:

“Concrete Genie is an action adventure game about a boy called Ash who discovers he can bring his paintings to life. As you might expect, given that our hero is an artist, a lot of the gameplay in Concrete Genie is about having fun with paint. Using the DualShock 4 motion sensor function, you can effortlessly create stunning landscapes that come to life and even make your own cast of unique creatures to hang out and play with. Our goal is for anyone to be able to paint in this game. The paint strokes you make on the walls will turn into beautiful living artwork.”

Concrete Genie has a release window of 2018 and will be exclusive to the PS4.

Next was a new Playlink title called Erica. It is currently in development in the London-based studio, Flavourworks. It is a live action game where your decisions have a direct impact on the story progresses. If you haven’t heard of Play Link before, it’s Sony’s way of making PS4 games more social by allowing you to also play them on your smartphone.

The official announcement from the team at Flavourworks says: “Erica allows you to immerse yourself in live-action video and make tactile choices through physical touch, offering a seamlessly flowing experience. Within the branching narrative, every choice has a profound effect on what the player will see next, with frequent decisions allowing continuous interaction.

“With a run-time of a feature-length film, Erica offers a movie-like experience where players get to shape what they experience.”

It’s currently slated to release in 2018.

The final showing in the PSVR section was another gamer coming out of London. Blood and Truth is currently in development at London Studio. This is the same studio that brought us the classic, The Getaway.

Set in modern London, you play as Ryan Marks, an elite Special Forces soldier who is trying to save his family from a ruthless criminal overlord. If you struggle to understand Cockney accents, then maybe this game isn’t for you.

With the PSVR section all wrapped up, Sony then focused on third-party games that would have exclusive benefits for PS4 owners. It started with a new Multiplayer trailer from Far Cry 5. It will feature expanded multiplayer combat and the ability to share all missions with a friend. Sony didn’t actually say that this feature was exclusive to PS4 owners or whether it was only exclusive for a certain amount of time.

Destiny 2 will also be getting some new DLC. Called the Curse of Osiris it continues your guardian’s story only this time in a new location, Mercury. “Journey through time and space to learn the secrets of Osiris, avert a dark future, and rebuild the ties between the legendary Warlock and his greatest student – Ikora Rey.”

Destiny 2: The Curse of Osiris will launch on December 5th.

Next up for the third-party section of the showcase was another trailer for Call of Duty WWII. It was quite a coup for Sony to secure Call of Duty as an official partner thus giving PS4 owners certain benefits. Activision wanted to create the most realistic WWII game and yet for some reason, they’ve decided not to include the Swastika in the Multiplayer. You can see it in this trailer as well. Red Nazi flags that would’ve had the Swastika have been replaced for some reason. Good job, Activision!!

Also confirmed was DLC for the game. It’s called Call of Duty WWII: The Resistance and will feature stories from France, Poland and Czechoslovakia. It will be playable first on PS4 and launches on January 30th.

A new racing game was also confirmed. Called ONRUSH, and is releasing in the Summer of 2018. There were no details what exclusive benefits PlayStation owners can expect.

It was only a matter of time before EA showed their faces at PGW. After the controversial closure of Visceral Games, a new trailer for Battlefront II was shown to the public. However, no benefits were announced for it. No new details were given. As we all know, you can play as heroes from all three eras of Star Wars in some of the most iconic locations from the movies. Or play as Iden Versio in the single-player campaign and avenge the emperor’s death.

That was a wrap on the third-party of the conference. Now came those sweet exclusives. I was just hoping for some concrete dates for these games but alas it was not to be.

First up was Insomniac Games, Spiderman. The new trailer focused mostly on Peter Parker rather than Spiderman which confirms what Insomniac has said in the past that his game won’t just be a smash em up Spiderman game, but will focus a lot on Peter Parker’s life. The only thing we know is that it’s releasing sometime in 2018. You’ll start to see a pattern with that year.

Next up was a new trailer for Quantic Dreams new game, Detroit: Become Human. This trailer featured the story of an android called Kara. Really they should spell Kara with a “C” but I’ll let them off because it was a damn good trailer. This trailer focused on the subject of domestic violence as a father physically abused his young daughter.

While no concrete date was given for release, it was confirmed to be coming in Spring 2018.

A new God of War trailer with gameplay was then shown. Surely we’d get a solid date with this given that it was confirmed to be coming in early 2018 at E3. But no. Yet again it was just early 2018 which I think could mean anywhere from January to April. The game still looks gorgeous and the combat is a massive improvement over previous God of War games that were hack and slash. I really hope that they tone down how much the son talks in the game. I have a feeling he’s going to be quite annoying.

A new trailer for Horizon: Zero Dawn The Frozen Wilds was shown. It was one of the few games that had a release date which isn’t surprising given that it’s releasing next week. PS Plus members will get a 25% discount when purchasing it.

Beyond the northern mountains, the borderlands of the Banuk tribe challenge all who dare enter to survive the extremes. But now this frozen wilderness harbours a new threat, and for Aloy, a new mystery – one she’s determined to solve.

The Frozen Wilds will be Enhanced for PS4™ Pro with dynamic 4K gaming, improved graphics and environments.

A gameplay trailer for the remake of Shadow of the Colossus was shown off and boy does it look beautiful. The improvements from the HD remaster on the PS3 are startling. What’s odd though is that while no release date was given at the endo f the trailer, it was confirmed a few hours later that it would be releasing on the 6th of February 2018.

And last but by no means least, was an in-game trailer for the Last of Us Part II. Neil Druckmann has said that this instalment will be a lot darker in tone and boy, he was not messing around.

We’re introduced to new characters such as Yara, Emily Swallow makes a guest appearance as Emily, while Laura Bailey’s character’s name has been censored by Naughty Dog. It’s a pretty gruesome trailer so beware.