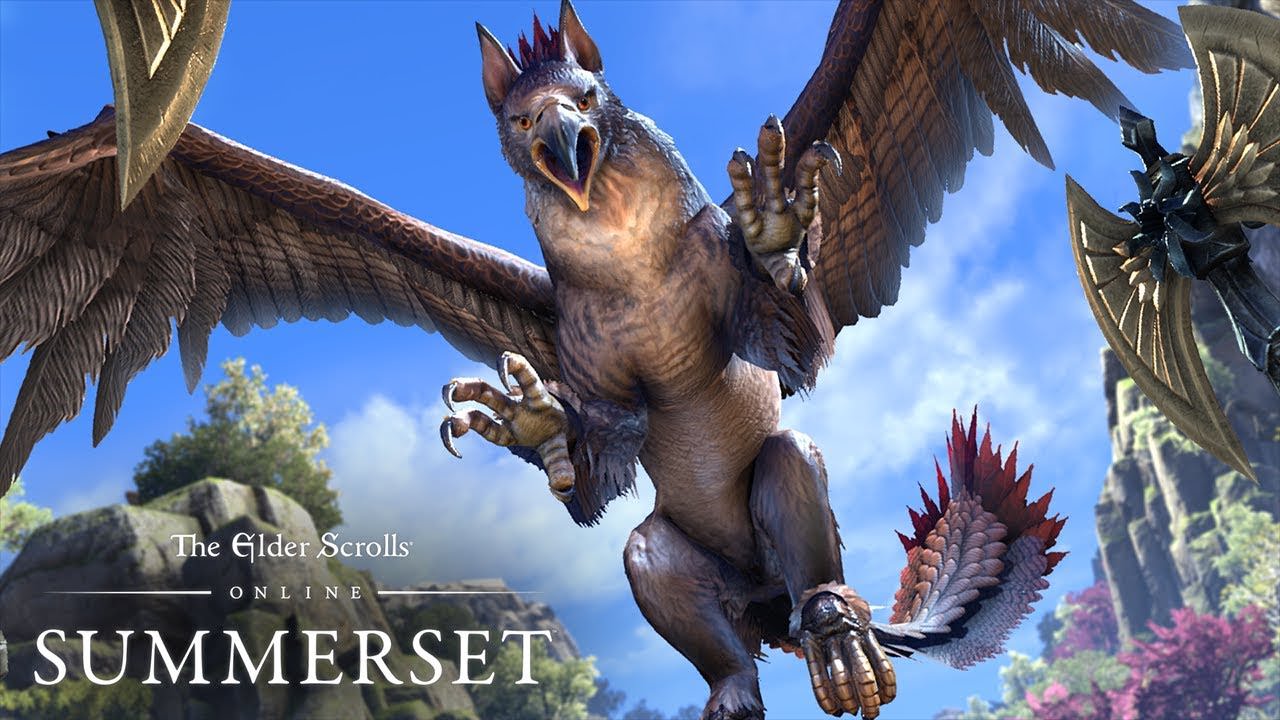 Zenimax Online Studios have finally opened the gates to Summerset in The Elder Scrolls Online 2018 expansion. Players haven’t set foot in Tamriels font of magic since 1994s debut of The Elder Scrolls: Arena, so what’s changed?

Well the graphics have been touched up a tad, realistic sound effects, other live players and a significant decrease in bugs. Of course, this TES superfan loves a good jest. It’s Summerset‘s turn for the proverbial poo to hit the fan this time round.

Whilst players are treated to picture-perfect fantasy-driven vistas and architecture, there lies a dark underbelly that has even attracted the attention of the ancient Psijic Order. For long time fans of TES series, there sudden appearance should make a bit of sense.

And what of ESOs newcomers? The players who are finally sitting down to play the title after suffering their social group bang on about it for four years? Well, this reviewer took his long standing character into Summerset and also created a new one. And good news, there is a brand new trimmed back tutorial that is a massive improvement over previous attempts. This equips the player with just enough knowledge to make a start, from there quests and a general direction down the narrative tree becomes apparent quicker than previous entries.

This new and improved tutorial set deep within the lore at the beginning of Summersets narrative also serves as a good refresher for old fans returning to the fray. It’s a great move that Zenimax Online and Bethesda are listening to their fan base; some may still remember the bloated shambles that was the vanilla release of ESO. One is glad that happened, sometimes developers and publishers need to learn and grow with its fan base which has paid off massively.

If It Isn’t Broke, Don’t Fix It

In terms of core game play, nothing has really changed from ESOs Morrowind outing. New players will find the controls familiar having played Skyrim and other mainstay ESO titles, failing that it shouldn’t be too much of a challenge. If any of my readers are in this position, please feel free to sort your lives out and get a dishwasher. Anyway, with that being said there are some welcome additions this time around:

New Skill tree and abilities when joining the Psijic Order

New enemies, mounts, pets and the rest: Including a new 12 man trial and Griffins. Nice.

If Only MMO’s Had No People…

The content in Summerset is enough for a decent single player experience or a much more entertaining online party experience. The main quest is a good 30+ hours alone. If like this reviewer readers are hesitant to entertain real people for too long when gaming, just use the built in people finder to get someone to quest with you guild style.

As usual one will be staying away from all things story related, but it’s worth the sail over from Morrowind for sure. Another returning feature worth mentioning is a scaling feature for raids and quests. No need to get small-man syndrome when a level 50 character pops in to help, ESO always makes sure players are getting the fairest experience possible.

The voice acting and facial animations have seen a slight improvement from previous bad lip syncing moments. One no longer felt distracted by the NPC chats that removed players from the in game environment. This TES fan never understood why that move was made, completely disturbs the immersion.

The soundtrack is stunning as is the standard of all modern Elder Scrolls titles, maintaining the rhythm and notes of the main Elder Scrolls theme. SFX are also well recorded and sound like they belong where they are placed.

The games menu system is exactly the same as previous entries into the ESO series so no problems there. Summerset is arguably one of the most well presented expansions of ESO, with high resolution textures and zero frame rate drops during ones experience on his PlayStation 4 Pro.

Pinpoint lighting and the various physics at play, especially water effects, really polish off this title a treat. Hands down, Zenimax Online deserve recognition for growing the user base to 11 million users whilst maintaining such a high standard of storytelling and presentation.

Summerset is a welcome addition and return to where the Elder Scrolls series started. This reviewer can safely recommend Summerset to new, old and continuing adventures alike.