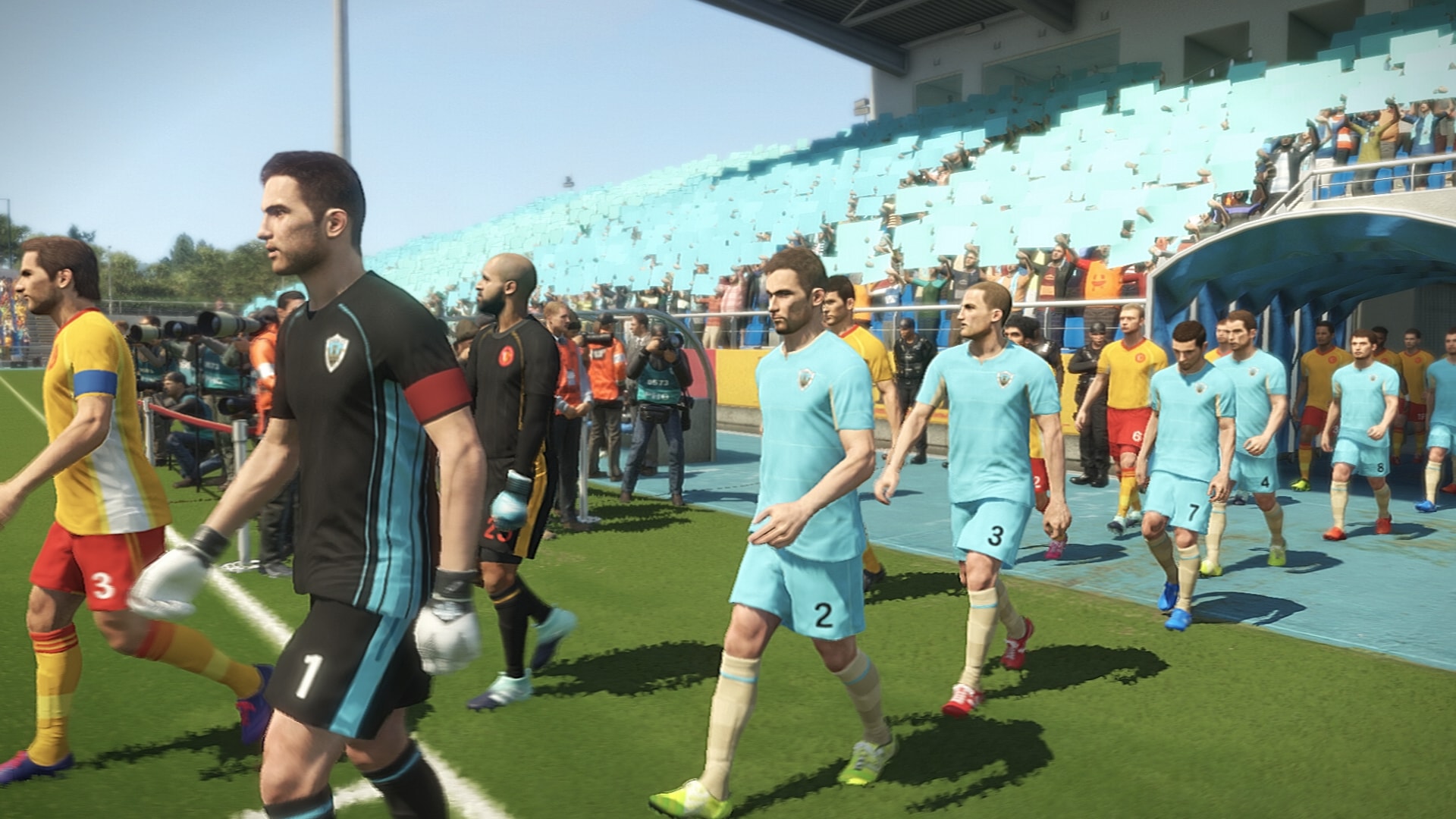 We’ve all heard that the most recent FIFA had the sales numbers to spend months at number one on game charts in the UK while Pro Ev failed to crack the top ten. Facts like this can’t be comfortable reading for Konami’s series fans. The fact that lower sales equates to lower spending power means that the AAA licenses of the English Premier League and Spanish La Liga are further away than ever from the former champ.

Pro Evolution Soccer has had positive-to-very-positive reviews for the last number of years. Critics and some fans have proclaimed that Pro Ev ‘is back’ for most of those but still the sales fall. The problem is not the game itself for Konami (and seldom has been) but that the packaging of their glorious engine has been wrong for a long time. The marketing team has had little to work with… Until now.

Casuals all support Man. United, unless they were born before 1980 or have many older siblings, in which case they support Liverpool

Pro Ev has lost arguably its biggest licenses this year; the Champions’ League and Copa Libertadores. The world’s biggest international club competitions added a lot to the overall presentation – the logos, the badges, the fonts. During Master League, the shift in menus during games with the accompanying anthems was quite stirring. It’s safe to say players will miss these moments during the ML gameplay cycle.

Konami have placed their hopes in filling that gap in licensing and style with arrangements with the greatest number of organisations yet seen in Pro Ev. Realistically, even the most notable of the acquired licenses, like the Turkish, Russian and Scottish leagues are hardly for a worldwide audience. But few would argue that a market of millions of football die-hards is a bad investment.

Turkey and Russia have a combined population of about 250 million with a healthy love video games and soccer in each. The timing of the exclusive Russian Premier League license is more than a little fortuitous for Konami – the 2018 World Cup was a resounding success.

Capturing The Intensity of the Derby

PES, with its partnership policies, aims to bring a player closer to the actual grounds where the sport is still played despite pressure from Sky. The Old Firm derby, in particular, is an exciting prospect in this respect. Celtic Park and Ibrox are two of the most famous grounds in European football and they are here, brick-for-brick, in Pro Ev.

Similarly, the Turkish Süper Lig doesn’t produce the European Cup winner every other year and they aren’t on Sky in Western Europe all that much. But the league is home to some sensational derbies of its own – the Eternal Derby of Istanbul must be a contender for the most visceral local derby on earth. Furthermore, the atmosphere for visiting teams, especially foreign ones, at Galatasaray or Fenerbahçe is legendarily intimidating.

Capturing the distinct derby atmospheres will not only be challenging in a superficial sense. Konami will need to milk the intensity in other, more tangible ways. They’ll need boos, they’ll need hisses, they’ll need referees to ‘let the game flow’ (i.e. let the lads kick each other a lot).

Imagine an overzealous celebration in front of opposition fans and the reaction that would get. Imagine a fine for it in Master League. Players who join a hated rival should be in for a ‘mixed-reception‘ and they should fade or fly with the jeers. This sort of attention to detail used to give Konami the edge and it’s still wide open to exploit if they can recapture that magic.

In the words of Stalin, ‘Quantity has a quality all of its own’. For years, FIFA has been able to offer a bewildering number of officially-licensed players and clubs for its every mode. Pro Ev cannot match this depth but with enough clubs to populate a Master League that is worth playing, it becomes less of an issue.

For many a Master Leaguer, the absence of licensed clubs is probably less of an issue than the actual pool of talent to draw from. The official licenses do add some immersion but the bulk of numbers is more meaningful. More leagues and more players equals more longevity. The growing list of sides to choose from, at the very least, adds cheap players to salvage or talented youngsters to find.

Somebody might even start a Master League as Anderlecht, who knows?

While some players do appreciate the volume of fictional teams that they can humiliate or be humiliated by in a Europa League qualifier, many others opt to play ML without fictional leagues. It’s possible that the huge number of fictional players could be cut – reducing the numerical advantages that the new game promises. Personally, I hope they maintain the fictional leagues and maybe even re-add their lower divisions.

Most footballs fans are casuals and that’s OK. The sport and the video games industry needs your money. EA Sports aim their business at the casual and in return, the casual loves FIFA. 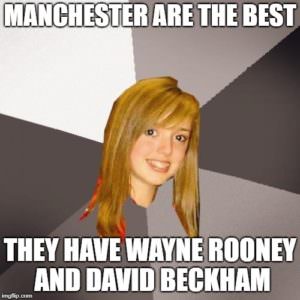 It looks exactly like you expect football to look on TV (where games are played according to the casual) and Manchester United are in it. Casuals all support United (unless they were born before 1980 or have many older siblings, in which case they support Liverpool).

EliteGamer.com has praised Pro Evolution Soccer for leaning towards the feeling of playing soccer rather than looking like it. The demanding mechanics and freedom to err can be tough going for those who only watch Match of the Day or Super Sunday. Those of you who support your local 7th-division side or play a little Sunday League will know – football is hard work.

There are 0-0 draws and plenty of them. Most goals aren’t 35-yard piledrivers but an embarrassment for the defence, the goalkeeper and often the goalscorer himself. The record number of successful passes in a League Two game is still 14.

The Smell of Grass and Bovril

Football isn’t always aesthetically beautiful but it still has heart outside of the megastores and alienating haircuts of the ‘big clubs’. Pro Evolution Soccer needs to remember this when marketing PES 2019. That the sport is still played in person and you can find that most gratifying level of sporting intimacy in PES.

There is an analogy to be made around PES the underdog fighting against the unstoppable finances and marketing of the bigger team. Its fans, the hardcore sort who won’t abandon ship because FIFA signed Neymar, turning up every year to experience the ups and downs of the sport.