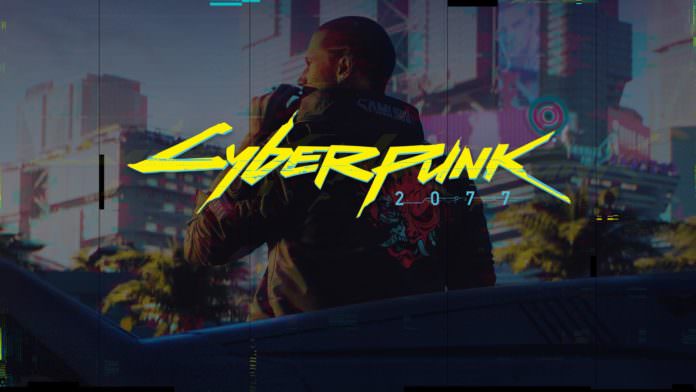 Cyberpunk 2077 is an upcoming open world sci-fi RPG by CD Projekt Red. Their last game, The Witcher 3: Wild Hunt, is one of the most successful RPGs of the past years. CD Projekt Red set the standards very high for world building, questing and storytelling. Naturally, the expectations set for Cyberpunk 2077 are equally high. At Gamescom, CD Projekt Red showed off a 50-minute long demo which left the audience in awe.

The audience was allowed to chose whether they want to see a male or female protagonist. Eventually, we chose the female version of V. Character creation was an impressive part of the demo. The customization system is one of the most detailed and rich I personally have ever seen in a game. The character is fully customizable. The player is able to choose from a huge amount of hairstyles, clothes, tattoos and scars only to mention a few. And CD Projekt Red even wants to expand the range of possible customization options to ensure the player can truly create the protagonist he wants. 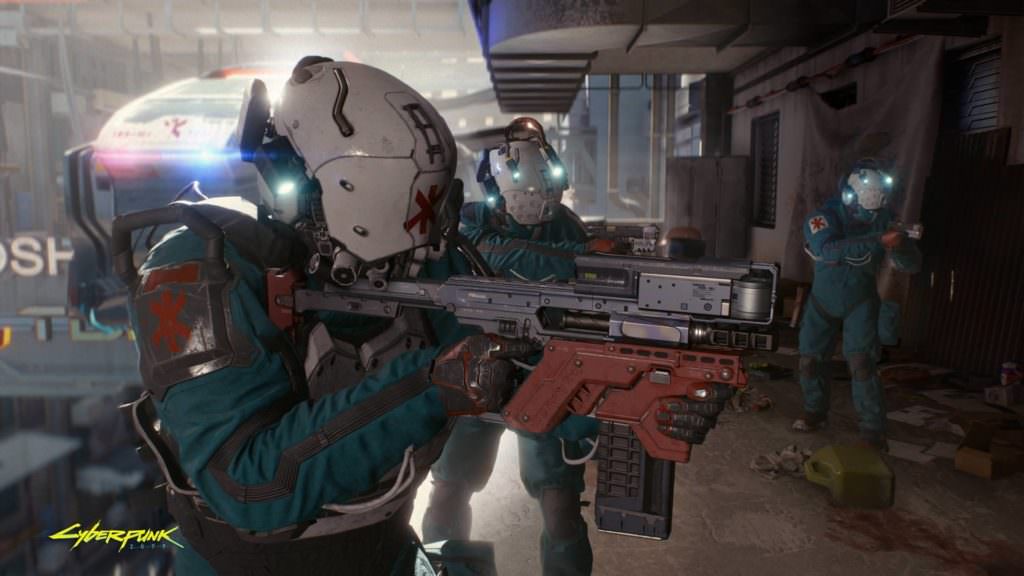 In the first quest that was shown, the player had to infiltrate a house that was inhabited by criminals that killed humans in order to acquire their valuable bionic body parts. The aim of this mission was to rescue one of those humans. As in many other games, it can be very hard infiltrating places that are overrun with enemies. It was shown that you can stealth kill one of them by pushing them into a tub of water and shooting that person underwater making the sound silenced.

Eventually, you have to kill a boss to get to the girl you‘re looking for. After the boss fight, the player finds the naked women lying in a bathtub filled with ice water. Her life functions are very low, after investigating thoroughly, V finds a chip in the victim‘s body that has a virus resulting in her almost dying. A military health troop arrives in a flying vehicle and enters the scene and brings the victim to a hospital. With that, the first part of the demo ends.

This short part of the game has already shown how important implants and cybernetics are. A little bit later, V visits a doctor that replaces her eye with a mechanical eye that allows her to zoom in on objects which add new gameplay features. There seems to be a huge variety of implants the player can choose that all add new gameplay functions enriching the gameplay experience. Later in a different scene, V encounters other humans that are so heavily modified that they hardly resemble human beings anymore. Parts of their skulls are missing and are replaced with cybernetics. In the demo, it was also said that there are military forbidden implants. Whether the player can also use these remains to be unknown.

The last mission shown at Gamescom is a long one. V is supposed to acquire a robot for Dexter DeShawn who appears to be one of the most influential and important people in Night City. In order to acquire the robot, it is possible to pull of a deal with the people the robot was stolen from. In order to buy the robot, V needs 50 000 credits which she does not have at this point. V meets up with a trio that gives her a chip with enough credit on it. It seems there is more to the chip than what the trio is talking about but V is unable to find out what the chip really is. When V and her companion Jackie enter the gang‘s hideout, the situation does not go as planned. 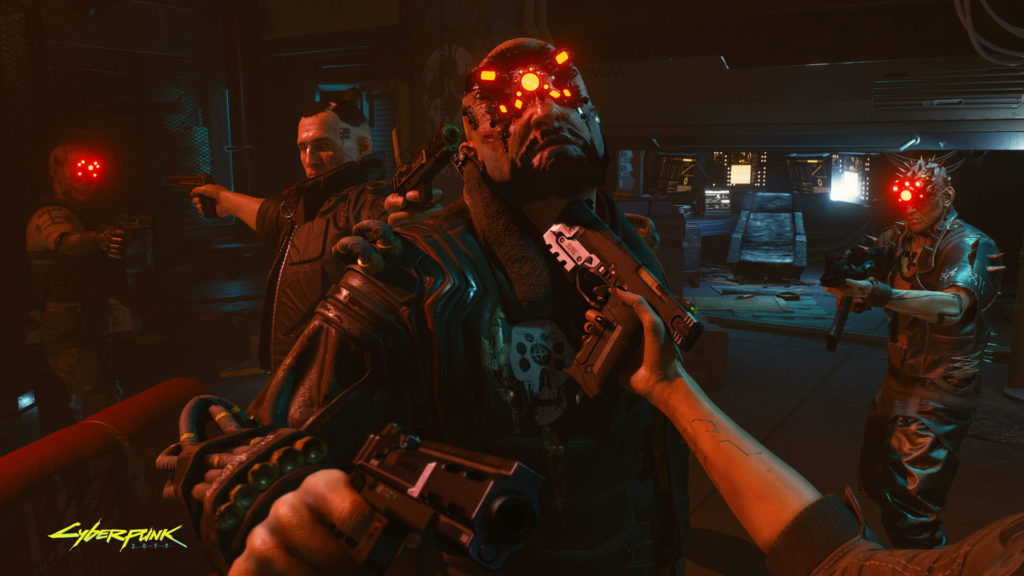 Eventually, everyone is pointing guns at each other. V is able to decide whether she wants to warn the gang about the chip, pull off the deal or just leave the scene. It is also possible to fight the gang. Doing that some interesting weapons were shown. For example, there is a katana that can be used as a shield. By holding up the katana it creates a magnetic field that repels bullets. There are also other guns whose bullets track enemies or also some that bounce off wales which means that it is even possible to shoot enemies that are hiding. All choices in the demo have consequences. Each choice influenced the outcome of the story.

Overall, I am highly impressed with the demo. Cyberpunk 2077 is a game that is incredibly unique and highly captivating. So far, CD Projekt Red did not announce a release that but the whole story seems to be already playable. CD Projekt Red said that they now focus on bug testing and bug fixing as well as creating and improving quests.