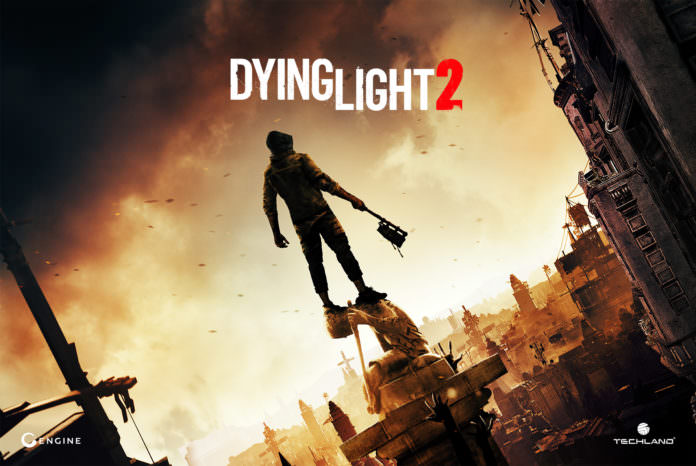 Dying Light is one of the most successful zombie-themed survival games in recent years. At E3, Techland announced the highly anticipated sequel which was met with a great response from the fanbase. This year at Gamescom, I got a chance to check out some of the new Dying Light 2.

Dying Light 2 starts 15 years after humanity lost the fight against the infected. The player can expect an even more devastated homeland that has all sorts of dangers. Zombies are not the only danger but also other humans. Many settlements and factions can be found all over the map. The player is free to decide which he wants to engage with. One of the factions is the Peacekeepers for example. In the demo shown at Gamescom, the player had to investigate a Water Tower. After climbing it and fighting its occupants, the Peacekeepers take over and make it a safe place for people to live. However, as great as it may sound each faction still has its own disadvantages. 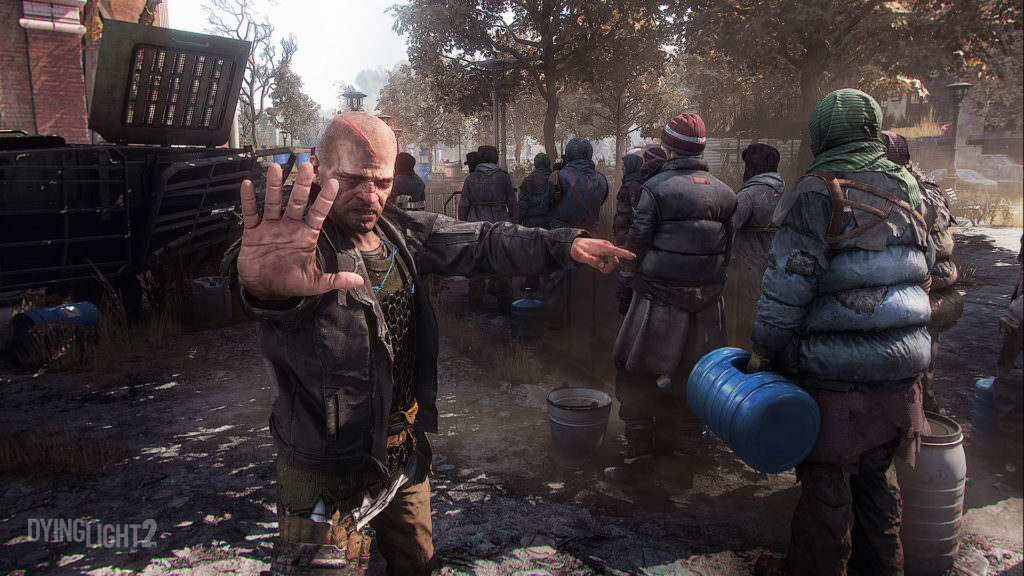 Although the Watch Tower is now safe, the Peacekeepers are very strict in keeping the peace. You can see inhabitants being executed without being trialled for stealing food. An advantage of supporting the Peacekeepers is that the player can now drink free water all over the city. This is a simple and effective way to heal yourself when necessary. Other factions like the Scavengers might not provide you with free water. The game is designed as a narrative sandbox. The player’s decisions will determine the fate of the city. Each decision influences the story.

Dying Light would not be a zombie game without zombies. The infected can be found all over the map. During the day, they hide in dark interiors. Because of this, pillaging houses during the day can be incredibly difficult and dangerous. When the sun sets, the infected leave their hideouts and roam the streets. Infected that do not return to their hideouts in the morning will turn into Degenerates. 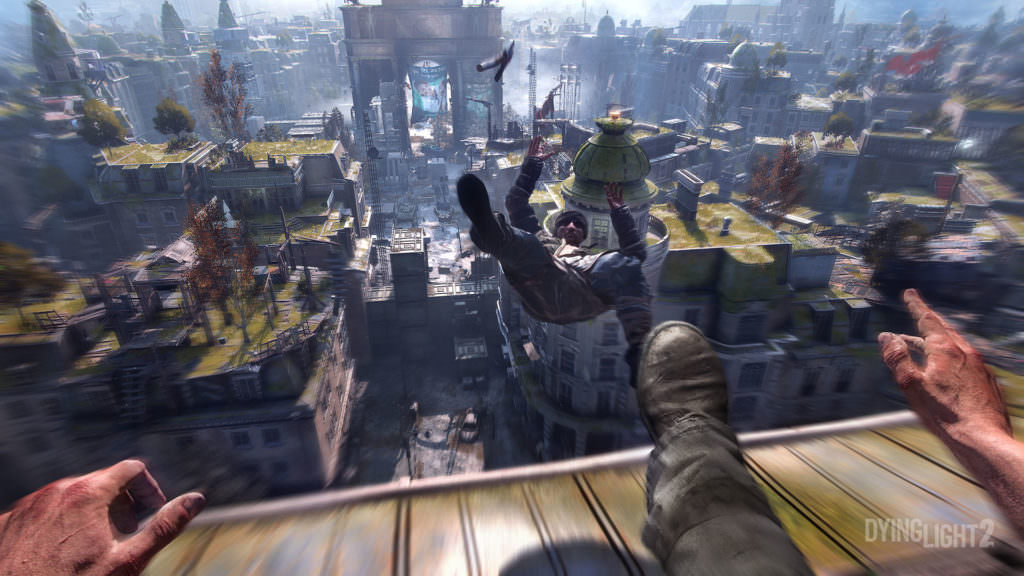 With Dying Light 2, Techland tries to improve and make it an even better game than the prequel. Techland focused on making the parkour elements even more engaging and smooth. There are now also Parkour Puzzles. Parkour Puzzles is a new gameplay element where you can only reach your destination if you carefully plan the path. You have to highly focus on your stamina because each second you waste, stamina is lost.

These puzzles are great for everyone who needs a challenge. Now the combat system also contains parkour attacks and the environment is interactive which means that objects can be picked up during combat to distract or fight with. Like in the first game there will also be a day and night circle. Players will also be able to play the full game in COOP.

Dying Light 2 appears to be a very promising game. With the map being 4 times the size of the map of the first game, the player will be able to explore a massive and immersive environment.