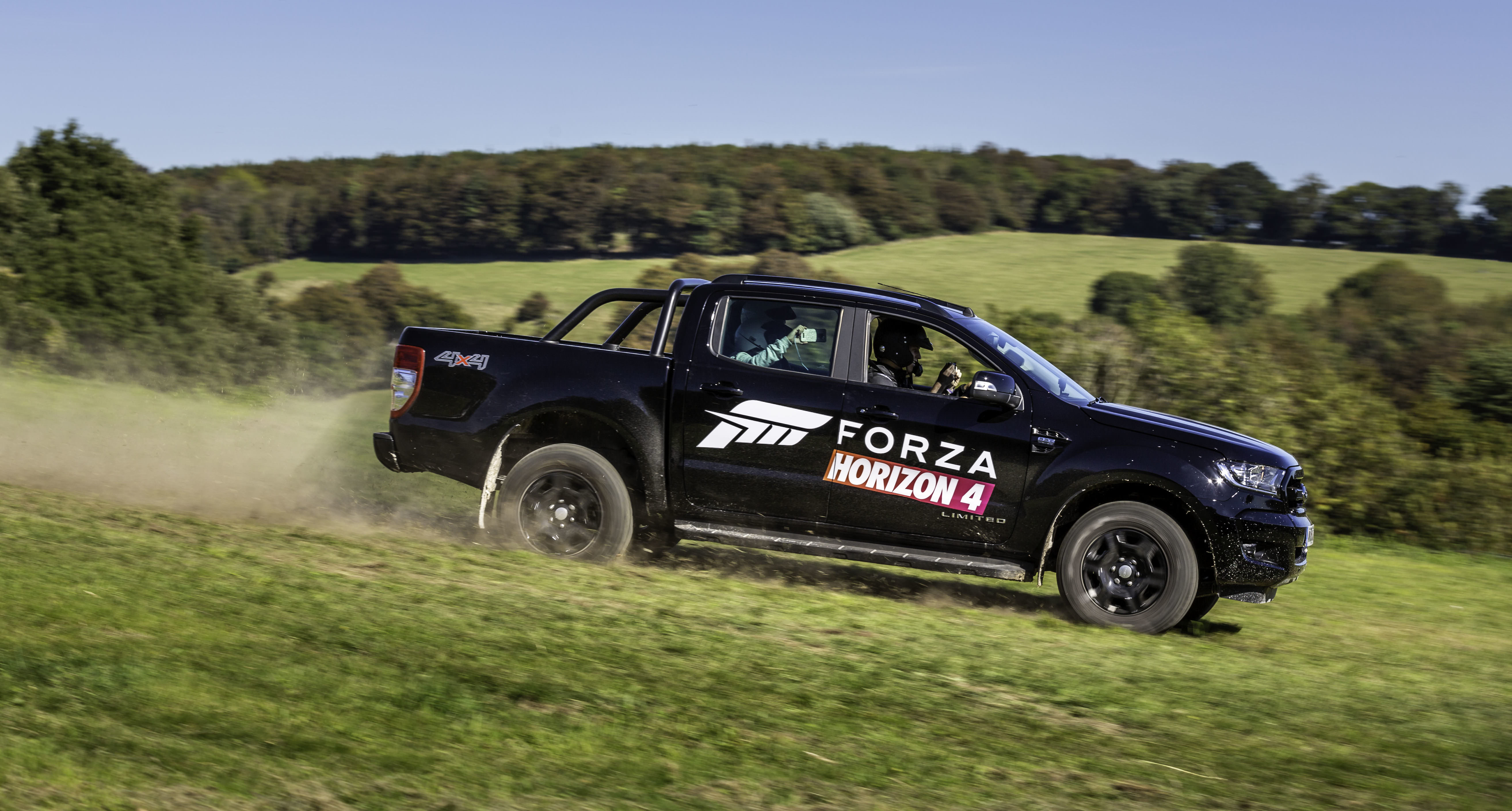 Last week, just after publishing my review of Forza Horizon 4, I took the nearest omniplane to London with two other Irish games lads. From there we headed into the West Sussex countryside to Goodwood; a country estate fitted with petrolheads’ wildest dreams. It also looks quite a bit like the gameworld of FH4 itself. Goodwood was my first time in a rally car during a stage or a balloon in general so quite a few permanent memories were made.

Watch Ken Block tear up the esteemed estate in his 1,600BHP Hoonican here!!

Our first event was a spin with rally driver, Richard Clews in his lightweight Suburu Impreza. The stage was brief at around 90 seconds but the track had been lined with some seasonal decor. Each season had a few bends to show off what Forza Horizon 4‘s seasons would be like at breakneck speed. This games writer has been to a few stages before and has frequently admired the Impreza from the safety of ‘behind a bale of hay’.

Our second spin around the stage was in an early-1980s Ford Escort. This was an altogether more visceral run. Devoid of the Impreza’s groundbreaking all-wheel system, the Escort was more like a 1,600cc Mario Kart; every loss of traction had to be measured perfectly. It felt like we were at the very edge of the driving envelope as we diffed around a hairpin into Winter – a flashbulb memory if I have ever had one.

It isn’t everyday you get to ride in a supercar with one of the designers – but that is exactly what this forgettable games idiot did. On my way to our second major event, I felt the almost unnecessary power of the McLaren 720S. To my credit, I was upfront and said I probably wouldn’t buy the car before the test-drive.

Launching in the 720S felt like a fairground ride. And as the speedometer hit triple-digits, it felt like we were still launching. All with zero wheelspin, dead-centre down our lane. Slowing down to a legal speed as we hit public roads felt like we were stopping at 30MPH.

When we had a nice, private patch to open her up for one last time, my ears popped. The air rushing in the open window as it took off was enough to overpressure the cabin.

A few of us arrived at the next section, our stomachs still returning to their original positions. Thankfully the G-forces generated in our next event would be a fraction of those we had just experienced. Four of us were taken for a very brief rise in a hot-air balloon. The view was spectacular; West Sussex of a warm Autumn afternoon and our next event teasing us from below. We were about to see the countryside from a more intimate vantage point in the most Sussex vehicle of them all – the OG Land Rover.

As afternoon turned to evening, we arrived at our showcase. Inspired by the game itself, the event saw a race between a hovercraft and Ford Ranger. We all had a ride in each during a race. The hovercraft is loud and never feels like it moves in a straight-line, the lack of traction is exciting; it almost feels out of control even if you know that it isn’t. 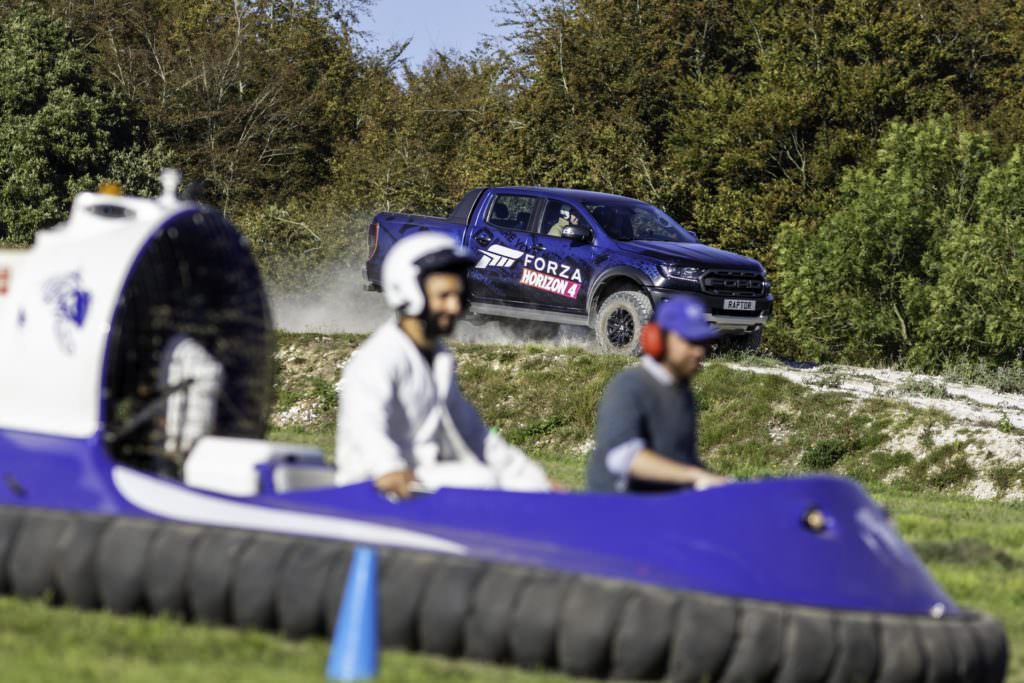 As we slalomed downhill, the pick-up truck barrelled over hills and steep drops just a few metres away. Spitting out dust and pebble like the monster that it is, giving us a taste of the other side of the event. The hovercraft was novel and fun but the slalom in the truck was rough and intense – it rivalled the deathly thrill of the Escort.

We Can Relax Now

We didn’t have the time to take in the estate itself all that much until the madness had subsided. The ‘big house’ is pristine as an early-18th century house can be. The grounds, despite the constant roar or hum of engines, are a serene place to amble of a sunny day. 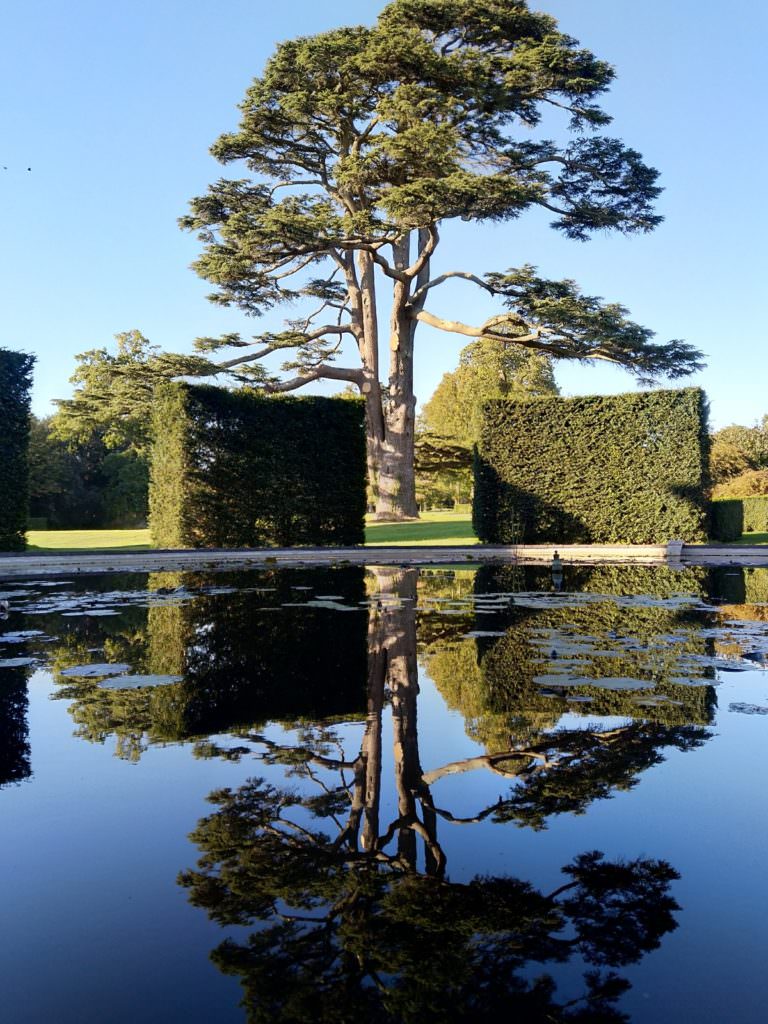 It was a surreal experience playing Forza Horizon 4 being watched by paintings of people who never saw a motorcar or electricity in their lifetimes. Lucky me.