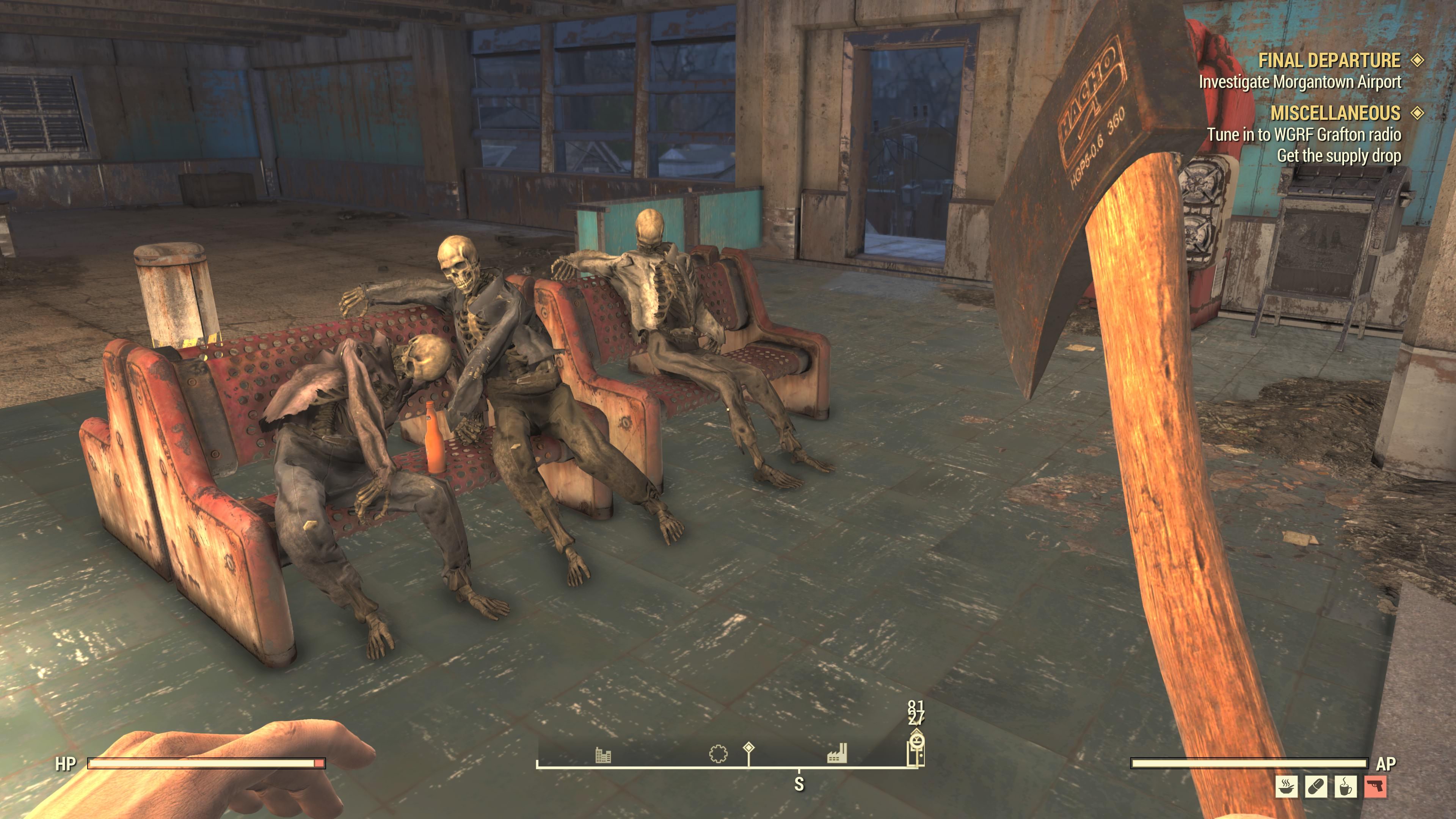 Reviewing a game should be a simple process and usually, it is. A PR company sends a code a week or two early, gives you an embargo a day or two before release and then you clamour for every single view with some borderline-clickbait title. However, this process has become more and more complicated with a proliferation of staggered launches and half-finished titles.

Between games launching without core content (Battlefield V), having no online multiplayer until launch day (Pro Evolution Soccer 2019) or needing an immediate 50GB patch (Fallout 76), this year has seen this writer wondering when some games should be reviewed rather than how.

Only Hurting Themselves – Pro Evolution Soccer 2019

This gaming charlatan enjoys association football sims. Reviewing the world’s game is as important for me as almost any other genre. I am genuinely proud of my FIFA and PES coverage.

The same cannot be said of many major reviewers and Konami surely know this. When they released PES 2019 to reviewers without any online support, they had to have been aware that the vast majority would not wait till launch day for a crack online. Most reviews would hinge on the ‘improved-but-not-markedly-so’ single-player and couch-multiplayer experiences.

Konami tried to prevent this from happening by giving players an online ‘Quick Match’ option in the game’s pre-release demo. And Konami must have been convinced that showing off the newly-excellent online gameplay to a diminishing crowd of zealots instead of every reviewer on Earth was a good idea. That or it was cheaper.

From a 9/10 review by Richard Wakeling – GameSpot

Either way, it really didn’t work. GameSpot was the only major player to wait for a bash online. Pro Evolution Soccer 2019 sales have been abysmal.

I can’t blame IGN or Eurogamer for wanting a review out the door with the game. Richard Wakeling probably had to explain a loss of traffic to his boss. And I only held off to play PES 2019 online as I had the luxury of choosing to do so for both of my current jobs. The tiny and overly-opinionated site you are helping by reading right now and a newspaper. Neither have an analytics team harassing me about reviews at the embargo date.

When Is a Game a Game? – Battlefield V

Usually, a portion of a game is known as a demo. And while labelling Battlefield V a demo is certainly an exaggeration, it also fair to say that EA calling it a full game seems like verbal gymnastics.

As for reviews, an average of 8.1 on N4G seems very generous. Even positive reviews acknowledge the unfinished feel. And in my opinion, there is a lack of current content and frequent absence of polish that undermines Battlefield V. A game which is essentially a re-skin of Battlefield I with nothing truly new until Tides of War and Battle Royale (Firestorm) are made available.

The ending of the single-player game is not available until December 4th. The two aforementioned selling points of the multiplayer drop around the same time. At best, those who bought BfV in its current state have 75% of a game. At worst, it’s paid shareware. Somewhere in the middle, it’s in a Steam-like state of ‘early-access’.

Battlefield 5 is a mess. It’s the glitchiest, most technically troubled DICE’s sandbox multiplayer has been since the infamous launch of Battlefield 4, and even the launch itself is all over the place.

It’s very easy to understand why EA would do so – Black Friday and Christmas. One doesn’t have to be a cynic to imagine the benefit of having major retailers knock $20 from a game or $100 from a console bundle a few short weeks before the Fat Man cometh. It even looks like the latter is a significant draw if EA’s bundling presence every Winter is anything to go by.

And obviously, Santa Claus has been reading reviews and placing bulk-orders for ‘hot’ items for months by now. Lists need to be formalised and chimney drops prepared; the need to be a presence as presents is pressing. And depending on how good or bad the promised December 4th&6th content is, EA might have scrooged themselves in the long-run.

This games eejit was hoping for the best when it came to Fallout 76. I boldly claimed that Fo76 wouldn’t be “another Elder Scrolls Online” and was correct in the worst possible way. It’s actually worse.

It all started when the servers for the game proper were switched on shortly before release. Reviewers have been dripping reviews out in the last few days and it is not a pretty sight. The average of 5.5/10 on N4G across 40 reviews stretched out over eight days should give you an idea of the reaction to the game.

Re: #Fallout76. @Reggie_Reviews has decided to hold off on a review until @BethesdaStudios @bethesda has implemented the changes and fixes nessesary to essentially 'un-break' the game.

Look out for a Retrospective review on @Fallout 76 in the new year. Thanks for the support 😍

However, many reviewers had publicly stated they would do Bethesda or their own sanity a favour and wait for the nigh-on 50GB patch to emerge. I am in the latter of the latter. The game before the patch was uncommonly breakable and buggy – and that is from my own experience on Xbox One X and what looks like the entire internet.

The patch has made the game a little more mechanically tolerable. Frame-rates are only slightly more stable and the assortment of lighting glitches have become rarer. It seems to have done little-to-nothing for stock Xbox One owners.

Betty also promised a host of new content to sate the bored explorers and ‘sell’ the MMO vision of Fallout a bit better but they are stuck putting out a dumpster fire. And anyway, it’s probably already too late for Fallout 76; good will is hard to foster and easy to p**s away.

Are you trying to do justice for the devs/publishers who made the game, or the customers who are trying to decide if they should buy the game?