Ask any gamer for a live stream option, and I bet the first name out of their mouths is Twitch. The guys at Twitch were ever so slightly ahead of their time when they started marketing live streaming to gamers, but the big companies are finally catching up.

At Gamescom this week the YouTube Gaming folks are showing off everything the platform can do, but there’s no mention of direct console integration or dedicated hardware from Google to handle the stream. The only thing anyone would say with certainty was that any of the current capture tools are expected to work with YouTube Gaming, which is no surprise since they already do exactly that for regular YouTube.

Starting August 26, YouTube Gaming will officially launch as a brand new app and website to connect viewers with games, players, and the entire developing game culture.

Gamers have formed new genres of videos on YouTube like lets plays, walkthroughs, speedruns, even cooking shows, and music videos. It’s a thriving community of interaction and collaboration between developers, players, and viewers.

In return, Google and YouTube decided to return the favor with their launch of YouTube Gaming. Promised features include: 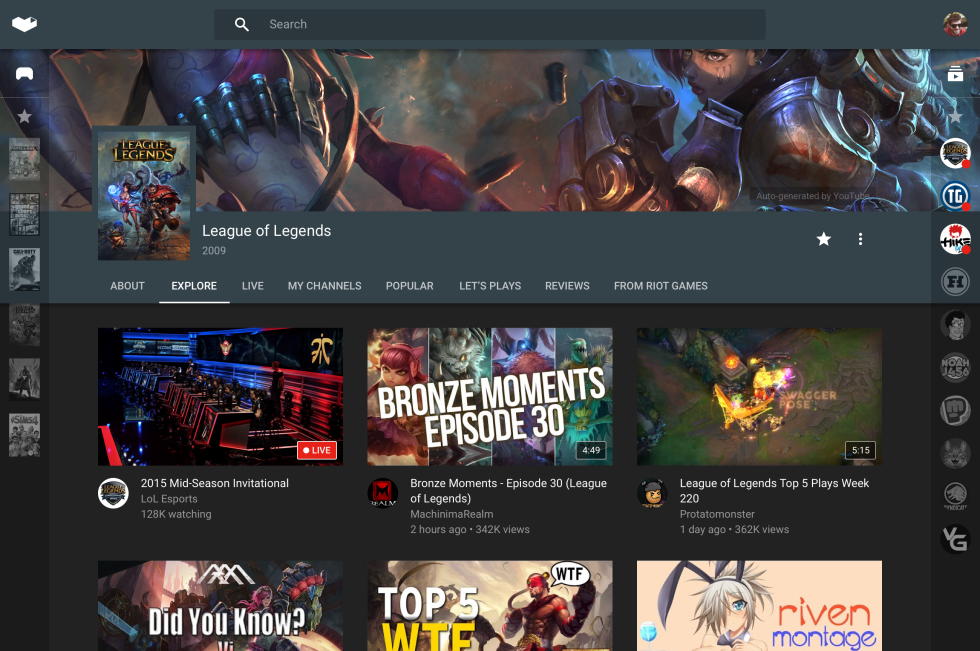 However, there seems to be more to the website than what features were released. There are also reports from arstechnica, who went hands-on with a pre-release version in June, that there may also be a few unmentioned features:

YouTube Gaming was built using Google’s new toolkit Polymer. To stay up to date you can get an email notification sent to you when the site launches by submitting your email to the YouTube Gaming front page. Until then, you can keep tabs for the launch by checking out @YouTubeGaming.

YouTube Gaming should be available at launch for any country with YouTube access. Apps will also be available for iOS and Android, but exclusively for the U.S. and U.K. at first and won’t be accessible worldwide until a later date.