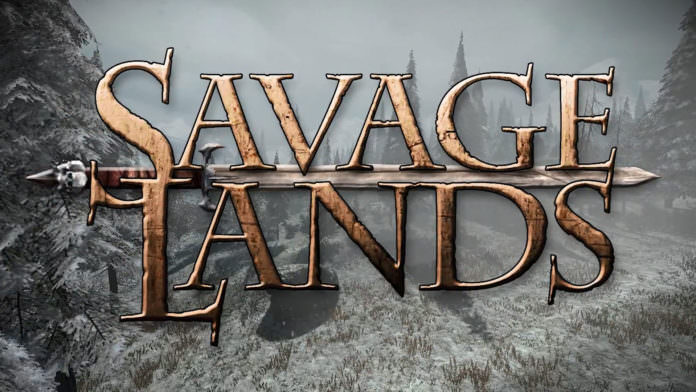 Savage Lands starts as most survival games do these days, with your character washed up on some strange shore, with only the basic necessities needed to stay alive. From here, you must journey inland to find resources in order to live through the cold nights. Shelter, fire, and weaponry are the least you’ll need to survive on the Sundered Isle.

Immediately, Savage Lands looks like many games we’ve seen on the market recently, Skyrim being one of the obvious ones, for a number of reasons. In a wintry, Nordic setting, with a kind of Viking protagonist, the player must fight wolves, hunt deer and fend off the reanimated dead, things everyone who has played the Elder Scrolls will remember fondly. But the thing that solidifies the link to Skyrim is the lord of the island, a dragon. Sitting atop his tower, or soaring across the sky, the creature makes surviving a whole lot more stressful, what with his roaring and spewing fire and what not.

The game takes elements from other popular games as well, particularly of the survival genre. There are clear influences from the Forest, such as the way the player constructs buildings, and how one gathers materials. The looming threat of the night, and enemies lurking in the trees is present at all times. Collecting resources is never a simple task when on the watch for wolves and skeletons. 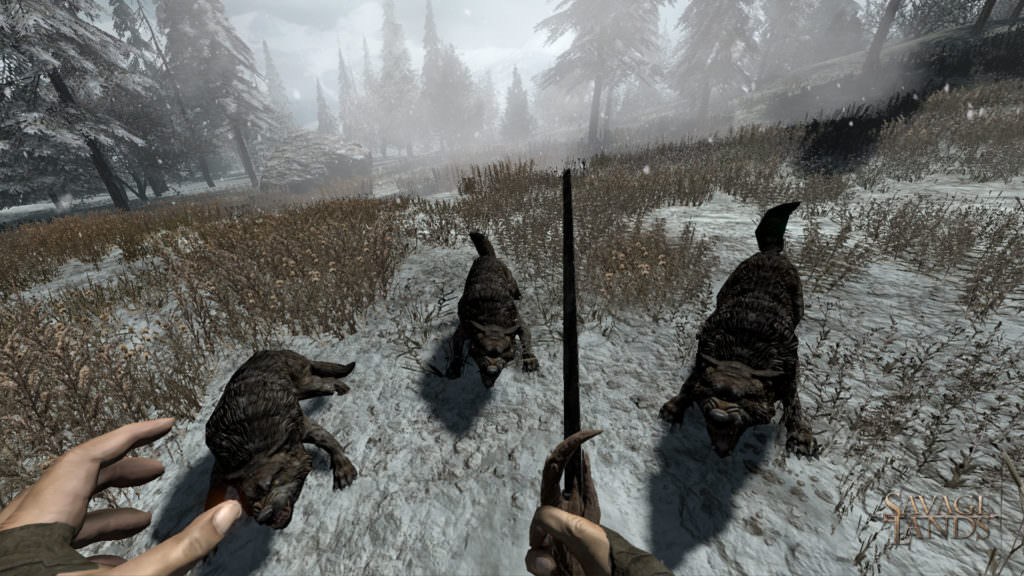 The atmosphere is one of the greatest aspects of Savage Lands. The sounds of the sea and the wind are so peaceful, but you know at any moment you can be set upon by hordes of enemies. Then there’s the threat of freezing and starvation. Hunting for resources can lead to unexpected terrors, so there’s hardly any time when you’re at ease. Even within shelter it’s easy to feel surrounded and unable to escape.

The crafting system used to make equipment and clothing isn’t quite polished as of yet, but it’s pretty easy to use and works well. The options for the construction of buildings doesn’t have much variety at the moment, however.

Combat’s a little awkward right now also, but it’s not too difficult either, as long as you’re well equipped and don’t get overwhelmed. Venturing out during the day’s usually your best course of action, as the real baddies tend to come out at night, and they don’t play nice.

Savage Lands is currently early access on Steam, but is near to completion at version 0.8.0, and the developers, Signal Studios, update it often. Right now though, it’s a very difficult game to survive, and surviving in itself doesn’t seem worth it. There’s not enough to do in the world.

The surroundings are beautiful and harsh, but they blend into one another with no real landmarks, making navigation next to impossible without a compass (which takes some doing to craft). It does make for a fear-inducing experience, though, and that dragon is just too damn tempting, along with the other elusive big bads… Savage Lands is one to watch, particularly if you like surviving, killing monsters and crafting things. Do it with your friends if like, in online co-op. Oh, and all in a winter wonderland. There’s hope for the future with this one.