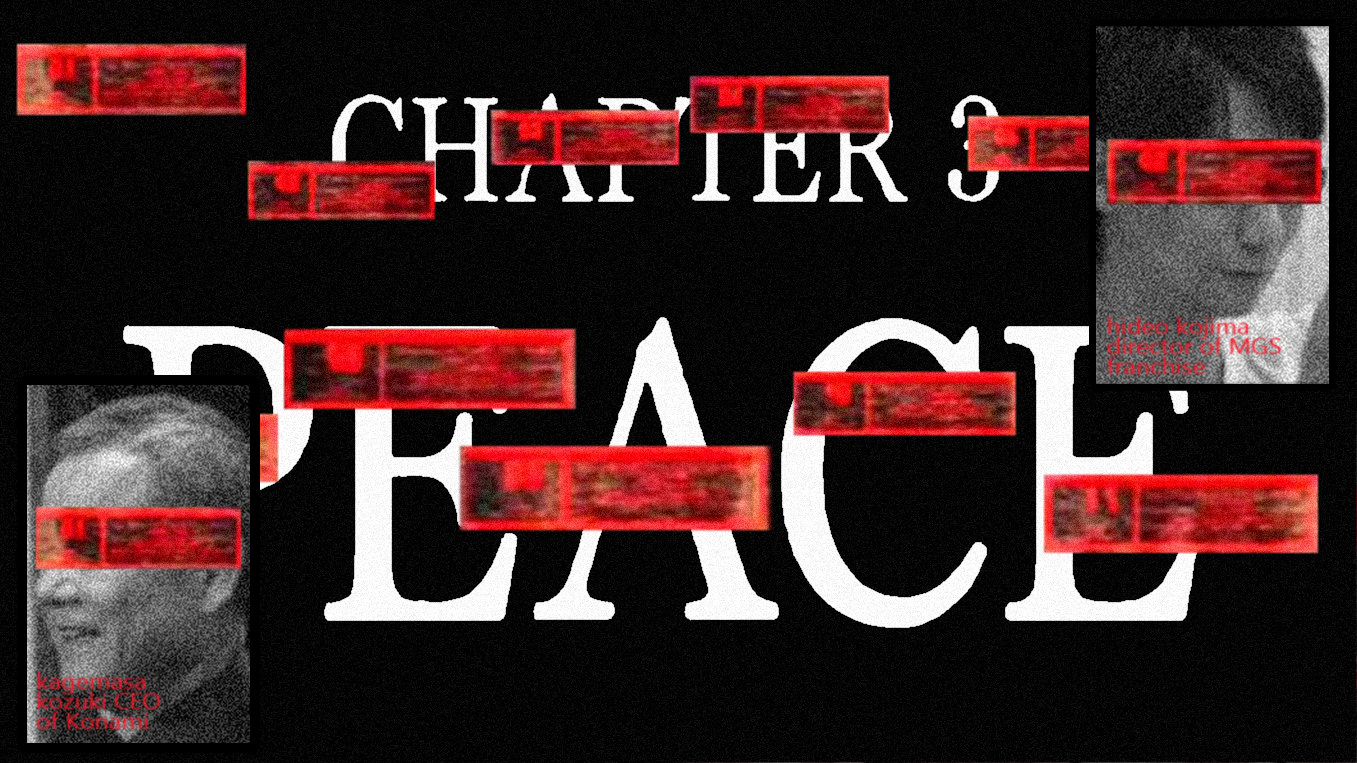 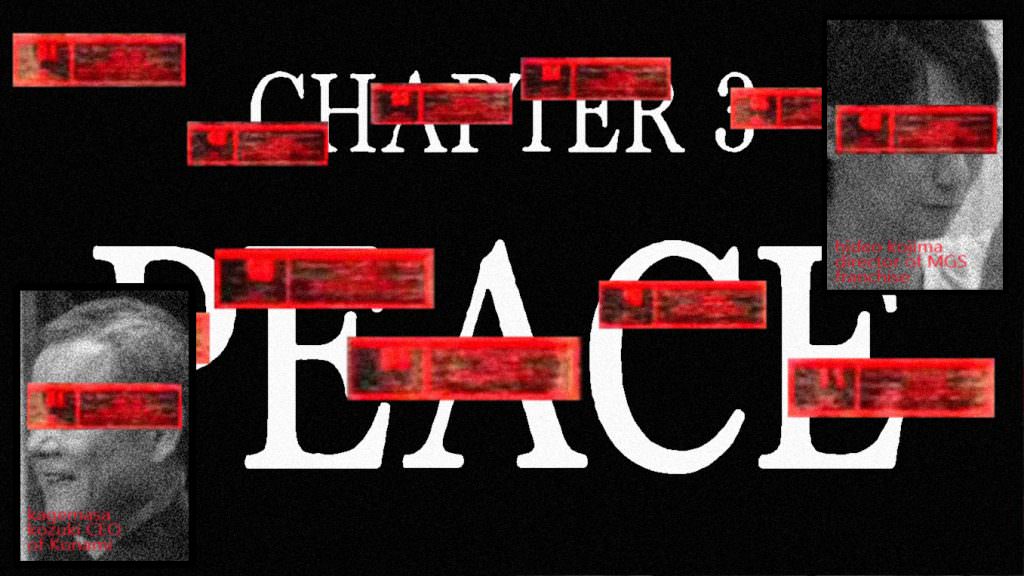 Chapter 1 ends with Diamond Dogs set up to do some real damage at last, Skull Face is out of the way and Cipher is still out there, living up to the year of 1984. Then Chapter 2, while skimping out on proper story missions, just leaves you with a bunch of short vignettes, a lot of which set up plotlines that never pay off at all or pay off in an anticlimactic way. 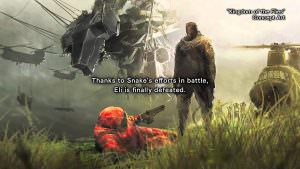 ild soldiers make off with Sahelanthropus, setting up a seemingly huge mission that was abandoned mid-development. I say “abandoned” rather than “cut” due to just how much work was already completed, and due to the fact the set-up remains in place. If you’re going to knowingly, pre-emptively cut a feature, you’re surely going to patch up what’s left behind.

Kojima is a renowned perfectionist, making changes to his game at the last moment even if it means delaying the release. You can see this happening on camera in the making-of MGS4. Having that kind of attitude inherently causes arguments and tension throughout. It leads to the staff questioning your sanity, but so long as it doesn’t cause big budgetary problems, upper-management shouldn’t heap on too much pressure.

Only this time they did, in a big bad way that lead to Kojima being “fired” and, possibly, to the entire digital entertainment wing of Konami being downscaled. 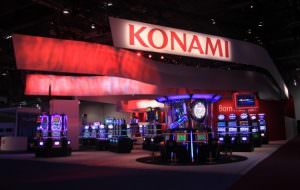 You can find out the details here, but in short; Konami’s CEO, Kagemasa Kozuki, is attempting to shift the company’s focus towards gambling due to a change in Japanese casino laws. Kojima and Kozuki have supposedly butted heads numerous times and it seems that Kozuki is getting his way this time. Kozuki’s move to begin changing the structure of the digital entertainment wing mid-way through MGSV‘s development (in a super shitty way might I add), on top of mounting pressure to not only release the game sooner rather than later, no doubt affected work being done.

It’s why Ground Zeroes, a glorified teaser, was released, why there’s micro-transactions for Mother Base coins, why there’s cosmetic DLC on the way, why you can now buy FOB insurance, and why, I guarantee, that MGO is going to be addled with some of the grossest business practices in the industry the longer it stays active. All of which is badly implemented no less. Players who bought Ground Zeroes were told that they would unlock some special stuff for the full release, only for it to be decided at a later date. Same with the MGO redeem code you got if you bought on day 1.

Pressing play on MGSV and being met with multiple screens of Konami-sent messages apologising for game-breaking bugs, then apologising for some promotional distribution problem, then apologising for lag, does not point to a well-managed development. Metal Gear Solid is bigger than Kojima and, when something costs that much money to produce, keeping control of it is a biblical task.

Konami does not have a good record of treating both it’s IPs and the people responsible for creating those IPs well. The best example of a series mishandled so bad it’s become a nightmare worse than it could have imagined is Silent Hill.

A shining artistic diamond in the rough, Silent Hill 1 through 4 gathered 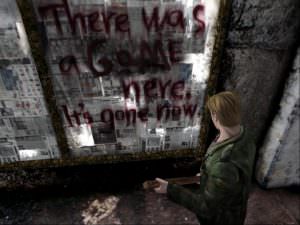 a team of incredibly inspired designers, artists, musicians and even voice talent to create one of the most unique experiences you’ll ever find on a console.

Yet the series has been on a downward path checkpointed by bland game sequels, an outright broken HD port, attempted lawsuits over performance rights, one of the worst rated movies of the century and, in an undiscovered Tenth Circle of Hell, a pachinko machine.

You don’t need to be Jim “#fuckonami” Sterling to realise that Konami’s upper-management has no respect for their games or designers, no matter how critically acclaimed they are. With that kind of track record, it’s easy to blame them for MGSV‘s ending.

Leaving artistic integrity aside and trying to somehow see their logic, you have to look at how Kojima works from cold, capitalist eyes. 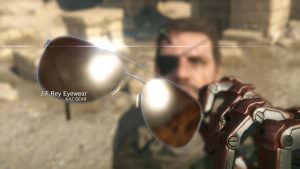 MGSV was relatively expensive to make, costing somewhere in the region of $80million for development alone, which doesn’t include any sort of promotional spending. A budget like that is a drop in the bucket for games like Call of Duty, Assassin’s Creed or Grand Theft Auto, but for something more niche like MGS, it’s hefty to say the least. Considering too that each of the games resorts to some really gross, Wayne’s World 2 level product placement, and with a 5 year development cycle, that budget is stretched appropriately.

When you have an auteur like Kojima at the helm though, were he can decide to make decisions like removing Keifer Sutherland’s dialogue long after it’s been recorded and placed into the game, or buying the rights to 80s hits that few players are actually going to listen to, money can go down the drain. The longer it takes to develop, the more wages have to be paid, the less profits you’re going to make. But to undo work that’s already been done is burning more money than makes any sense.

With no business credibility in his eyes, Kozuki (or whichever 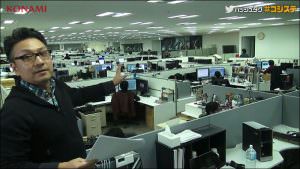 upper-management staff member was in charge of budgeting) could have easily stepped in and wrestled control out of Kojima’s hands, pushing the game out prematurely. It’s understandable, but problems like that shouldn’t arise in the first place. If you don’t want Kojima to waste your money, make sure you know what he’s doing long before he does it.

If for instance Kojima was to ask you, as someone who actually plays games, if he can have a million dollars to buy the rights to those 80s pop songs, only to make them optional and not user-friendly to listen to, would you give him the money? If he asked you if he could hire a Hollywood star to do days and days of voice recording, only to remove it because he thinks having a near-silent protagonist is more immersive, would you let him? If he told you that he’s going to undo months of work because he’s changed his mind on how he wants a cutscene to work, would you let him?

The discovery of those cut pieces of dialogue, which are only from playable sections mind-you (meaning there’s more undiscovered parts from cutscenes), explain all the awkward silences that dampen some of the most dramatic moments. I am sure Kojima intended to have the staff cut around them but the pressure lead to that not happening, resulting in the most uncomfortable car ride I’ve ever taken in a game. 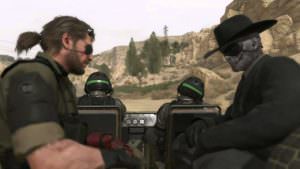 MGSV is populated by moments like that. The intended drama or scaling tension of the story didn’t hit the notes it wanted, and whether you want to blame Konami for not having reverence or Kojima for having too much reverence is a matter of perspective. I think everyone will agree that restructuring the company during the development of one of their biggest, most hyped games to date was an incredibly stupid decision on Kozuki’s part, but even if they didn’t I’m not sure Kojima’s dream for MGSV was realistic to begin with. 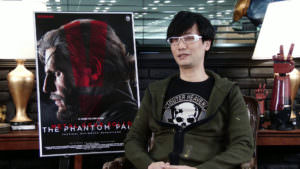 As they say, “art is never finished, only abandoned” and nowhere is that more true than in the entertainment business.

While Kojima’s name is still stamped all over MGSV (despite Konami’s attempts to remove it), it’s development was not a one man show and the budget did not come out of his own pockets. Receiving the man-power, money and business faith to make a big budget game is never something to take lightly and does not leave space for the level of perfectionism Kojima has fallen prey for.

I’m happily astonished that he managed to get away with it for so long, with the best example being the easily missable TV stations at the start of 4 which are completely ancillary and, if not made largely on good faith, would have cost buckets. Hell, what about 2 being a game purposely designed to piss off the fans? Or the weird-ass hack n’ slash dream sequence in 3? What other game director could ever possibly get away with that madness? And what other company other than Konami could have facilitated it?

The irony is that it seems that the first time Konami started to actually pay attention to their game development wing in a long time was to downscale it and help ruin what should have been a spectacular swansong. 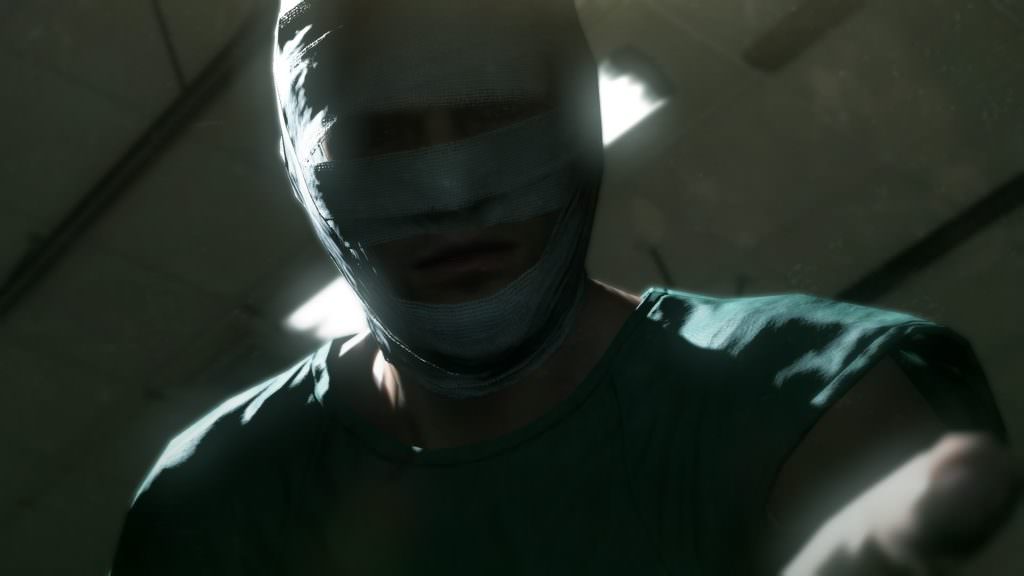 While I doubt we’ll ever get the MGSV Kojima intended for us, nobody can say for certain yet. The fate of the Fox Engine is in limbo too and to only use it for one (and-a-half) games wouldn’t make sense from an artistic aspect or a business aspect. Yet the Bizarro-logic that’s rattling around upper-management’s head means anything is possible, and that you’ll most likely hate it.

This is no way for Metal Gear Solid to end. The tragedy isn’t that Big Boss becomes a war-monger, it’s that we don’t see him become a war-monger. Blame Konami or blame Kojima, it doesn’t matter in this most perfect of shit-storms. Not to hammer an over-used pun, but Phantom Pain really is the term for it.

To end on a positive though, despite all this, MGSV managed to be a damn fine game regardless. It’s safe to say that we will never see anything like it again.