NewsPaperGaming News, Reviews and Previews
More
Home Opinion Down But Not Out – Write Xbox Off at Your Peril 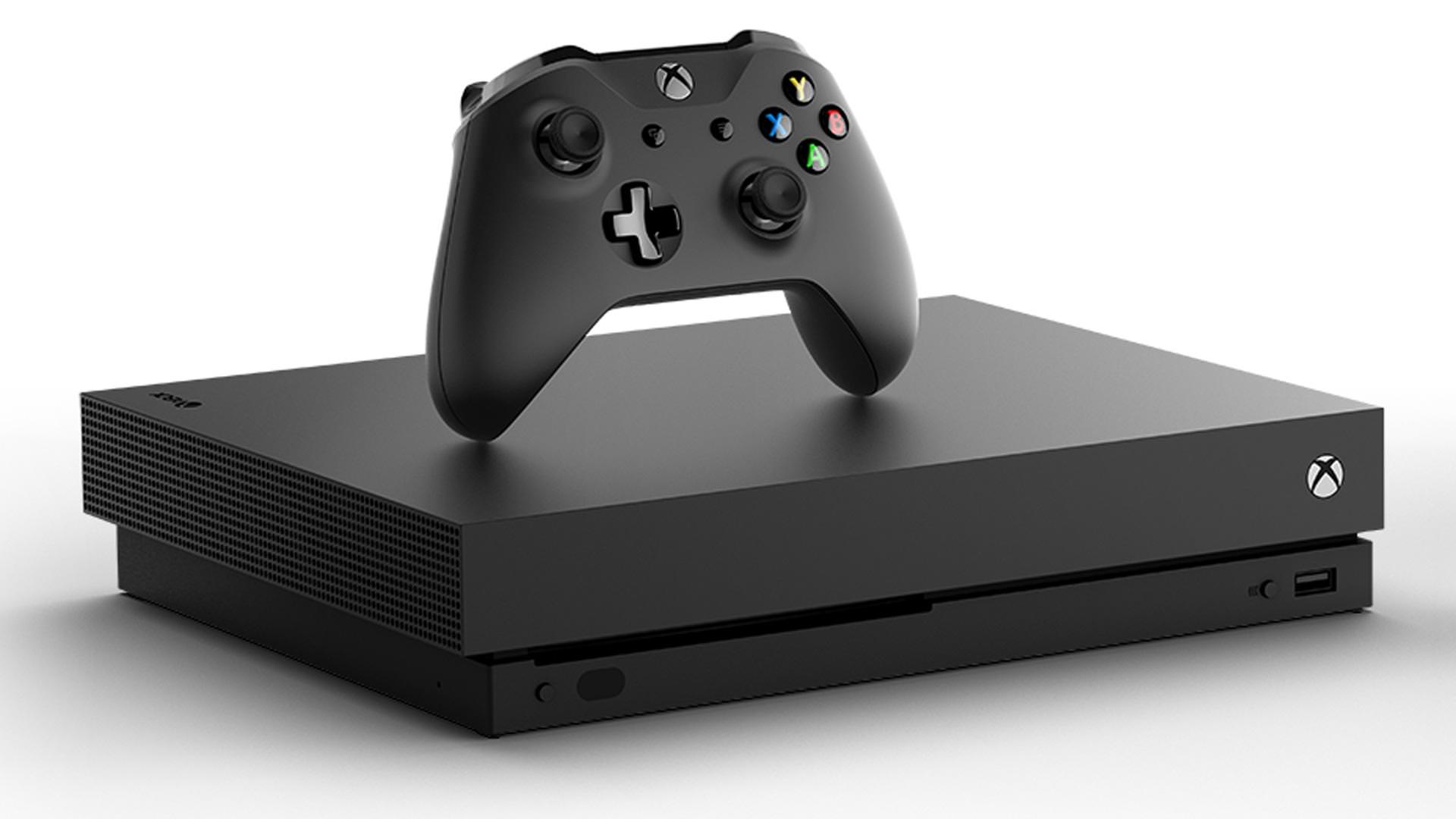 Xbox One has been roundly trounced by PlayStation 4 while Nintendo Switch is outselling Xbox on the reg. But Microsoft has shown some promise while they still have some other cards up their giant sleeves.

Despite E3 being hailed as MS’s ‘squeaky bum time‘ by our very own Thomas ‘T-Bag’ Telford, the Seattle heavyweight is probably not entirely doomed if they show up for E3 with the usual guff and a Crackdown 3 delay.

From a sales standpoint, Xbox One X has been a victory for Microsoft. The superconsole has sold beyond predictions but it is a drop in the ocean, really. Market share gains were, in reality, minimal-to-non-existent.

But the Xbox One X was critically acclaimed and coupled with a positive consumer response, One X proves that Microsoft can manufacture an amazing system at the bleeding edge of (console) graphics. The machine is not all that loud and it’s small and quite attractive – everything the OG Xbox One was not.

For those who have no allegiance or consume only third-party titles, the best box holds most of the aces. PlayStation 4 started off as the better machine by a mile and a hefty portion of those sales came from ‘filthy casuals’ who simply picked the superior FIFA, CoD or Battlefield machine.

There are certainly other factors that can sell a system to the true neutral – lower price, more friends on one system or better marketing. But once MS dropped the Kinect and attempted to adopt a ‘game-centric’ marketing scheme, two of those were negated, at least in the mainstream, ‘normie’ realm. Microsoft were, for the neutrals, just offering a less powerful system that looked like a VCR and sounded like a vacuum cleaner.

Fable will come back and free of Peter Molyneux promising far in excess of what is possible, it could be a notable title. What is better for Fable is that it doesn’t have space-marines.

EliteGamer.com has stated the opinion that Microsoft’s biggest franchises (Forza aside) have seen their best days. That is being kind. Some of the biggest names, like Halo and Gears of War, have seen critical and commercial decline set in many years ago.

The light at the end of that particular tunnel is the impressive resurrection of tired or even dead franchises of late. Ubisoft have done creditable jobs of turning Assassin’s Creed and Far Cry around. Both titles were considered stale but had core fanbases, echoing some of MS’s stable. The public will gladly accept a comeback title if a studio is brave enough to try something different.

Halo is still a massive IP in the minds of Joe and Joanna Public, a critically-acclaimed ‘return-to-form’ for Master Chief will sell Xbi (plural). Microsoft are not shy with advertising nor are they afraid of bundling their biggest titles with a base console. Seeing Halo 6 everywhere and bundle of positive press will push sales. It’s also worth considering that MS have yet to release a AAA single-player title that has existed entirely in the X-era. Halo 6 will likely be a superb-looking title given the impressive X-upgrade to Halo 5.

If Microsoft are serious about capturing some PC share with the Xbox One X, it makes sense to do more than graphically par low-end PCs

Microsoft’s first and second-party stable boasts some incredible IPs that are either in the works or ripe for return. 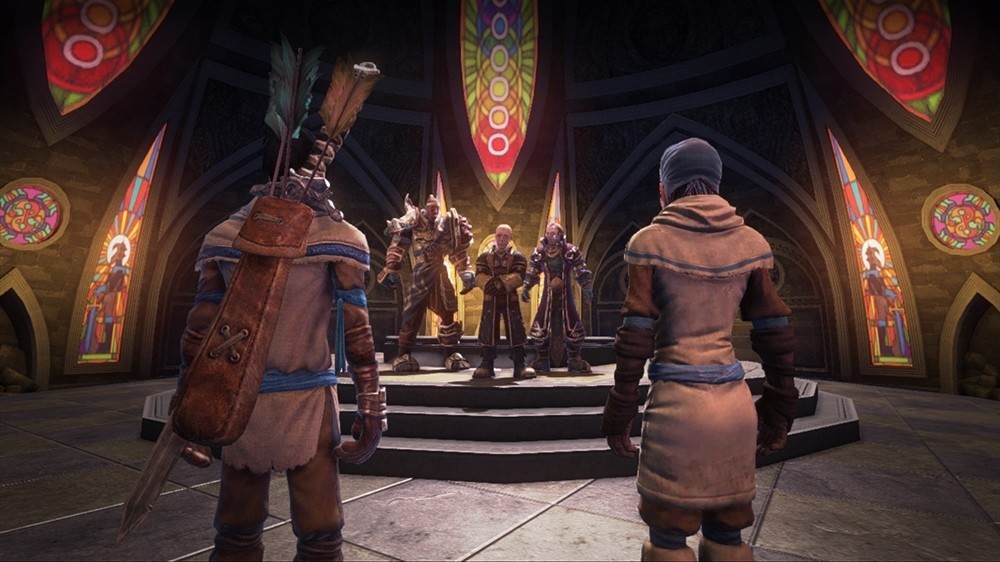 Fable will come back and free of Peter Molyneux promising far in excess of what is possible, it could be a notable title. What is better for Fable is that it doesn’t have space-marines. Microsoft needs to broaden it’s line-up as much as deepen it and the light-fantasy stylings of Fable fills a neglected niche.

Age of Empires saw some action recently. It is possible that MS were gauging public interest as make money from a genre considered ‘killed by Starcraft II‘. A full RTS experience is not available on either console; Halo Wars is not deep enough to be considered. Better still, Microsoft could allow mouse control. Separate the mice from the controllers online.

Project Gotham Racing might have seen its market share eaten by Forza Motorsport and Horizons but an arcade racer of old in the vein of old PGRs or Ridge Racer Type 4. It’s been over ten years since the Prpject Gotham Racing 4 and given some effort to set it apart from the big F, there is room for the slick stunt racer. The game was Xbox’s original go-to racing tech-demo but came with admirable depth of play despite its pretty visage.

While we are talking mice. Using mouse and keyboard for menu, browsing and other non-gaming tasks is possible natively on the PS4 currently. A few games also support M&K also.

Why couldn’t Microsoft allow for M&K use in certain types of game? If they are serious about capturing some PC share with the Xbox One X, it makes sense to do more than worry low-end PCs graphically. A fresh control scheme could open the aforementioned RTS genre and introduce the outrageously popular MOBA to the system’s repertoire.

It is a lost opportunity that eSports biggest draw is a PC-only title with the only barrier now being controls. Microsoft even bought a streaming service yet the idea of Xbox MOBAs has yet to dawn on them.

Beasts from the East

It’s unlikely the Microsoft were really eyeing up a sizeable share of Japan’s juicy market when they promised a host of Japanese titles last year. Instead this influx of Eastern hits is just a way of rounding out a library and giving the few Xbox weebs a tickle.

Microsoft should put a lot of effort into this venture. The Japanese development scene still has markedly different genre biases than European and US ones. As a result, PlayStation and Nintendo’s libraries pack incredible roundness of genre. Not to mention the sheer volume of creative, cheap titles that Japan sells to bored Westerners with a tenner to spare.

Who’d have thunk that OEM OS sales and software licensing for 90% of any computers bigger than a phablet could be so lucrative?? (Everyone.) Financially speaking, Microsoft is bigger than about two-thirds of sovereign nations. Microsoft may quit at some point but until that day comes they will still have the financial edge over all competitors.

Whatever crazy scheme Xbox hatch, it can be made a reality. This has been seen in the Red Ring of Death replacement programme and in recent rumblings re Microsoft buying a massive studio, lock, stock and barrel.

In some alternate future, Half-Life 3 trickles out on Xbox to critical failure but commercial success. Steam appears on Xbox complete with M&K controls tied to games on the service. EA sports titles appear early on Xbox, taking a hit on overall sales but pushing the casuals to vote green.

With a deeper reserve of cash, options are available to Microsoft that their competitors can only dream of. Whether Microsoft use that money to buy what they really need is another story.