It’s apparently mandatory to have a Formula 1 machine at these types of previews. The instantly-recognisable Force India VJM11 with its pastel pink livery is quite a centre-piece in the modestly-sized cafe we are about to test F1 2018 in. In fact, it barely fits in its space. There is some analogy to be made about cramming content into F1 2018 but I cannot find it. 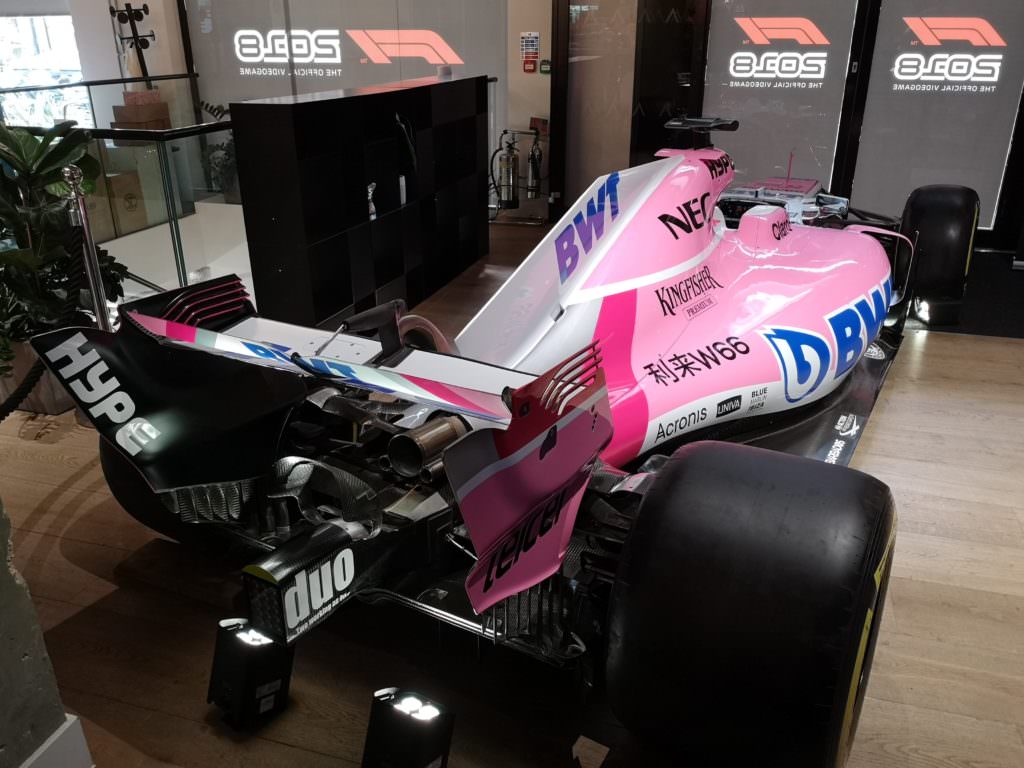 There is always a difficulty inherent in making licensed racing games. Sporting organisations have a habit of being heavy-handed in enforcing rules, in particular, the FIA. However, a standout feature of F1 2018 is that its career mode includes random rule changes during the campaign.

Curveballs like these feed into a very comprehensive R&D tree. A player may have the rug pulled from under them if they sink their resources into one particular area and this uncertainty should breed some extra excitement around the technical aspects of F1 2018.

if Ferrari are looking for a number two and you have a reputation as an egomaniac, they will look elsewhere

Similarly, players are now forced to field a greater selection of media engagements. These interviews are dotted around various locations and will upset or embolden just about anybody being discussed. Complaining about downforce might set back the aero team or attributing a win to the power unit might encourage them.

The cut-scenes are still ‘sports-game-esque’ with a limited set of questions and awkward flow but the weight of the answers and the urgency with which one must answer adds pressure and makes the media aspect feel important.

During contract negotiations, A player might demand extra resources for an area of R&D or to be undisputed number 1 on the team

The entire race weekends are commendably involved. Track testing like reaching certain speeds, hitting all apexes or recording a certain lap time are rewarded with influence and R&D bonuses for your team so practice sessions actually matter to your career.

Players level up their skills, going from a rookie to a veteran but also can be known as a showman or a sportsman with players’ actions and answers giving them a reputation. This can help a player or hinder them in their efforts to move up the grid. For instance, if Ferrari are looking for a number two and you have a reputation as an egomaniac, they will look elsewhere.

Rivalries return but players may select a rival that scales the rewards with the prestige of said rival. This system adds more short-term goals to the gameplay loop, besting your rival in certain areas will raise your profile. Obviously if your rival is with a different team, you’ll gain reputation with your opponents team more than with a straight win. Meaning replacing your rival by constantly proving your worth them over is possible.

One’s own contract is also up for discussion based on performance. Players may lobby for a new contract at multiple points during the season and a player’s value will determine if they can demand certain meaningful sweeteners. A player might demand extra resources for an area of R&D or to be undisputed number 1 on the team. On the other hand, compromising may land a drive for better teams. 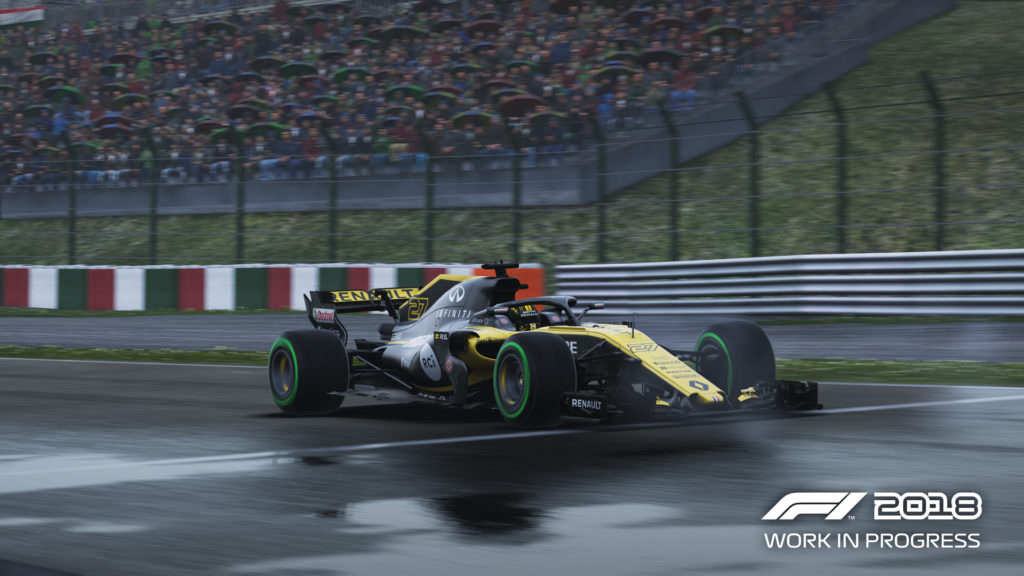 The contracts system and the extra opportunities throughout the season should offer players more to consider off-track as well as making every lap time, overtake or corner feel.

F1 2018 adds the Paul Ricard circuit for the first time and welcomes the second most-most iconic German F1 back to the fold. The Hockenheimring has been added back to the calender so drivers can again enjoy holding slightly left for thirty seconds on every lap.

F1 2018 releases 24th August and is being developed by Codemasters Birmingham.

If Codemasters rings a bell to the digital petrolheads among you, CM have a long exhausting list of racing hits under their belts. From Grand Prix Simulator through TOCA Touring Car and modern-day F1 titles, this isn’t their first time around the track. Soz not soz.

I was very impressed by how the off-track stuff felt as important as the driving.

Loved the little targets you needed to hit for various aspects of your career – lap times, cornering speeds, race position etc. Made every lap, research choice and interview answer count.