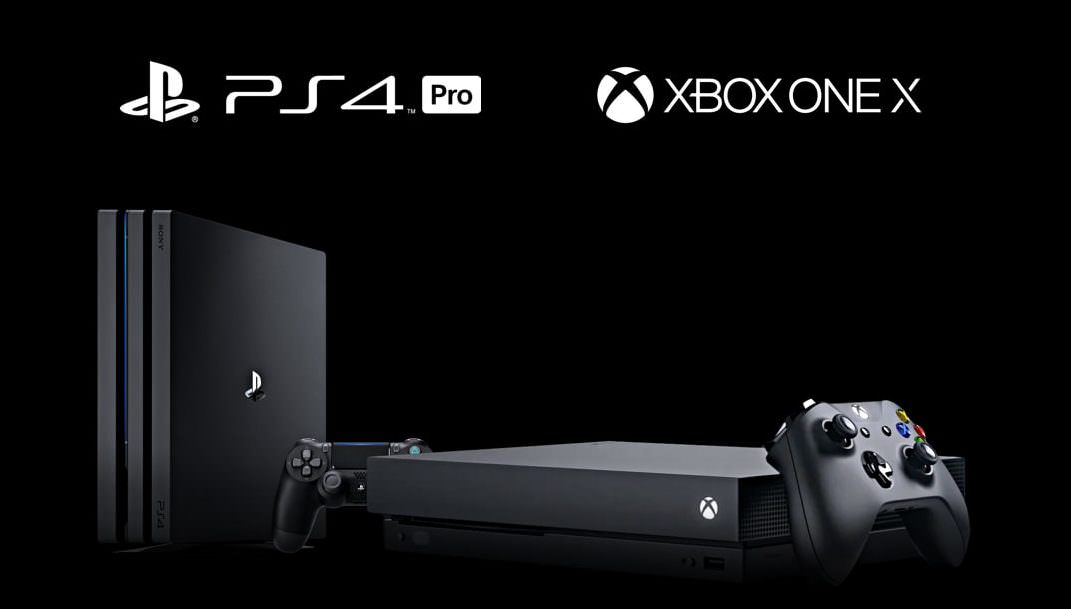 If you paid top dollar (or Turkish Lira) for your ‘next generation’ system in 2013, you could be forgiven for thinking you would be technologically sorted for a few years bar a round of miniaturisation and cost-cutting á la Mega Drive II, PS One et al..

Come 2018 and we have two premium consoles, two minis with added features and admittedly ridiculous talk of a new system. Thomas the News Engine paid €399 for a brand new PlayStation 4 and doesn’t feel particularly good about being left behind…

It is this humble news writer’s opinion that iterative consoles like the Pro and the X go against one of the major reasons why people buy consoles instead of PCs.

Now with these new mid-cycle refreshes, Sony and Microsoft have split their audience into those who are happy with 1080p and those who want to invest in a slightly more powerful console. What irks me, even more, is that the upgrade from the standard PS4 to the Pro simply doesn’t warrant spending another €400 on it. The Pro has the same amount of RAM, the same GPU, and an overclocked CPU which is slightly more powerful than the base PS4.

It took Sony a good few months to actually make a lot of the games play better on the Pro than the standard PS4. Games like Watch Dogs 2, Last of Us Remastered and Deus Ex Mankind all ran into performance problems not seen on the standard PS4. Patches have since been released which seems to have fixed those issues. The Pro also devalues the 70+ million PS4s that are in people’s homes. Why would I go and spend €400 on a console when in 3 years time there’s a more powerful edition that plays games at a higher resolution and better frame rates?

While the upgrade from the Base Xbox One to the X is far greater, the lack of major exclusives means it would be wasted money. Microsoft may publicly say that this isn’t a mid console refresh and instead, a new generation, it’s simply not true. The only spec of the X that is far superior to the base model is the RAM, 12GB of GDDR5 compared to 8GB of DDR3. And, of course, the 6 teraflops of computing power. Microsoft certainly wasn’t shy in pointing out how many teraflops of power it had.

What makes consoles much more appealing than a PC is that everyone who buys one will be getting virtually the same experience. Now that whole philosophy which has been part of the console gamers’ experience for generation is in the toilet.

Instead of these ‘upgraded consoles’ both Sony and Microsoft should develop more future proof consoles at launch and make it clear that this will be the standard for the generation. If fans knew that their investment of €500 would give them the best experience for 6-7 years, I think they’d be much more open to the idea of a higher price point at launch. Console gamers are being slowly pushed toward 2-3 year upgrade cycles and I do not like it.

The only new consoles that I’d want to see would be mini editions of both that have almost identical specs.

2013 was a different age. YouTube hadn’t descended into madness. The Fappening weren’t in ur cloud, stealing your noods. We also thought 4K was miles away.

While the idea of upgrading a console every two-three years might seem contrary to one of console’s strengths (as argued by TBag above), the unpredictable upswing in 4K adoption rates forced console manufacturers into upping their rendering and outputting game.

With 4K televisions falling in price and pouring into people’s homes, consoles faced technological irrelevance like never seen before. The mass console migration to optical storage happened in tandem with PCs during the early-mid 90s. HD uptake was just beginning to blossom when the Xbox 360 released, even more so with the PS3 a year later. By design or by coincidence, consoles have always managed to hold their own for most of their lifespan by technological advancements.

Delivering 4K support as standard in 2013 would have been a financial anchor that someone had to drag – the consumer or the console manufacturer. It is unlikely that consumers would have stumped the extra cash for ‘future-proofing’ considering the Xbox One already had a financial anchor of its own and Sony were wary of a high price-point after the PS3’s poor early sales performance.

The PS4 Pro and Xbox One X are simply choices for console gamers – if they held back on buying a Gen-8 system then they have two price points to enter at. If they already own a system, their stock Xbox/PS4 is not worthless – they can sell it or trade it for credit to some skeevy reseller – they aren’t forced into buying a new machine but given the choice to upgrade.

If anything, consoles are stealing a strength from PC gaming rather than ceding one of their own…

What do you think?? Are you looking at your launch PS4 and sighing when you see every review on Pro?? Is your ‘1980’s VHS’ Xbox filling you with disgust as the line-up of X-enhanced grows??

Of course they are not a betrayal but it depends on what console we are talking about. Every single PS4 console out there since 2013 supports HDR in some shape or form. Not only that, 2013 PS4 owners are STILL getting stunning games with advanced tech, like Horizon Zero Dawn or God of War and STILL run at the console generation standard, that PS4 set for incredible looking games, at native 1080p. The 28 million Xbone and XboneS owners out there are still being screwed over with consoles that barely make use of a 2006 TV. PS4 Pro is something… Read more »

The 29.4 million (nice try trying to skew the numbers even further) has already been debunked by ZHugex on Twitter, Xbox is approaching 40 million. Poor Andrew, he finally thought he’d hear some good news today 🙁